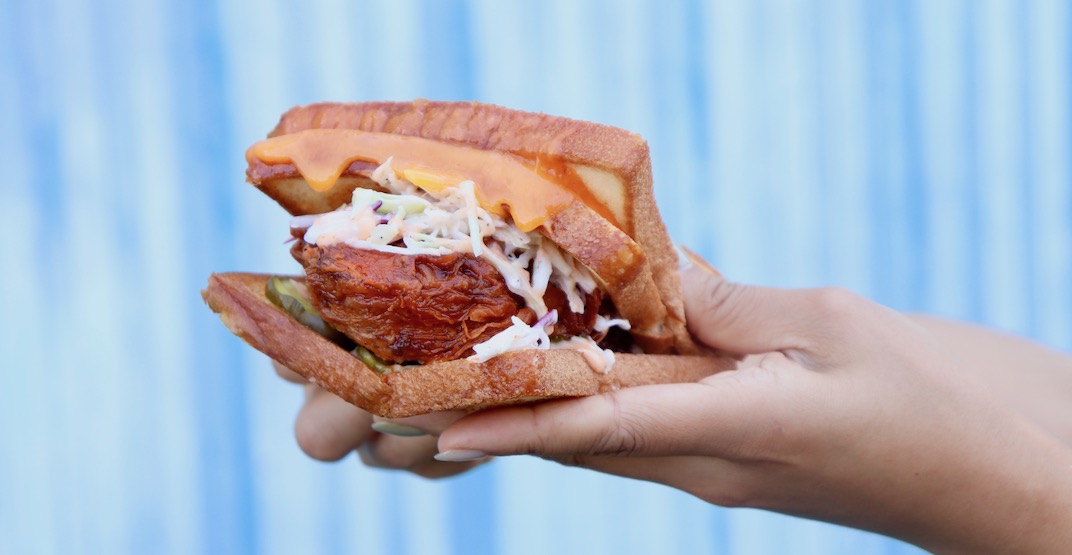 When it comes to the drink program, the new West Pender Street destination offers cocktails, beers, wines by the glass and bottles, and an extensive variety of spirits (seriously, check out this list). Naturally, you can expect all the classics like martinis and gin and tonics, Open Outcry also has negronis and Moscow mules on tap.

The Ventura Room is located at 695 Cambie Street, which is the same building as the brand new Browns Socialhouse found on the plaza of the Queen Elizabeth Theatre. Ventura’s team tells Daily Hive this concept has been five years in the making, and “many” years in the mind.

A new place for bánh mì and tea has opened its doors in Vancouver. Ngon, meaning delicious or tasty in Vietnamese, is located at 2228 Kingsway. 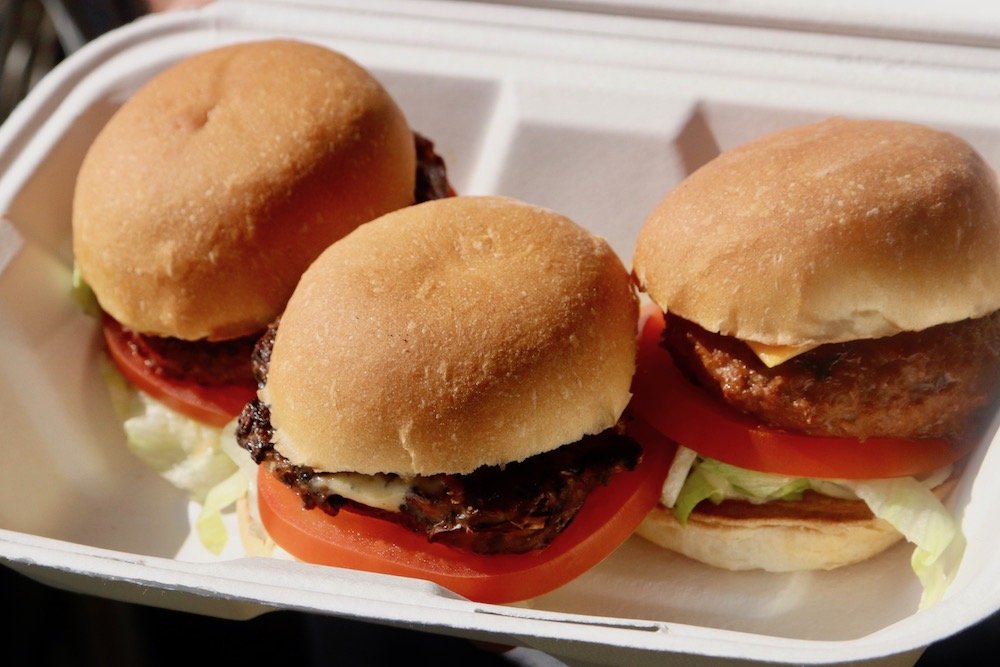 The new vegan burger spot is the second addition to a new plant-based strip on Main, it’s located right next to the new eco-friendly vegan cafe Kind, and it’s just a block-or-so down the street from the future plant-based pizza joint from Via Tevere. 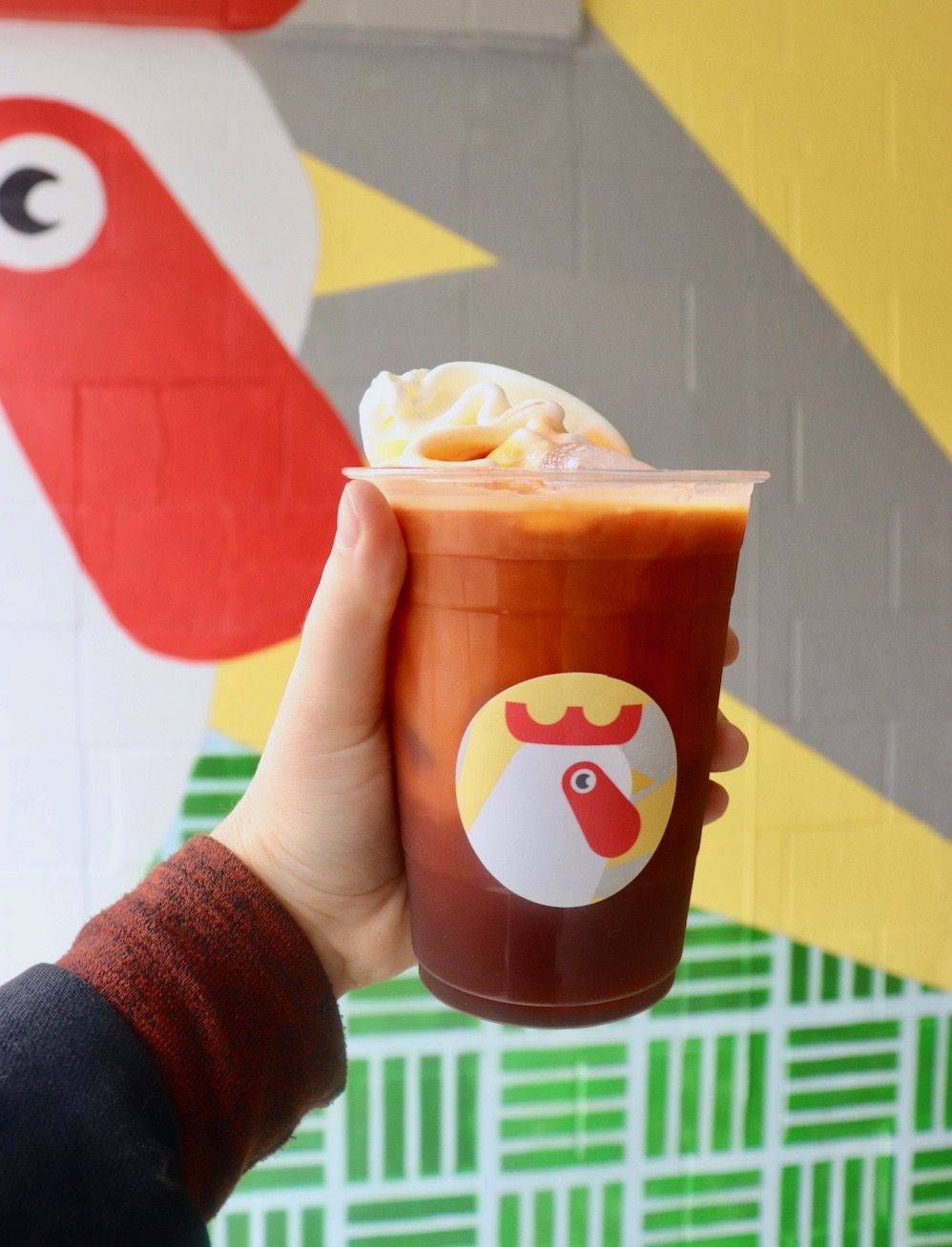 Located in Chinatown House at 188 East Pender Street, Freebird formerly occupied a space in New West’s River Market before making the move to Vancouver. A simple, no-fuss, casual 20-seat eatery, Freebird is focusing on quality flavourful chicken. The Roasted Chicken Meal is the perfect thing to grab if you’re in the area for lunch. 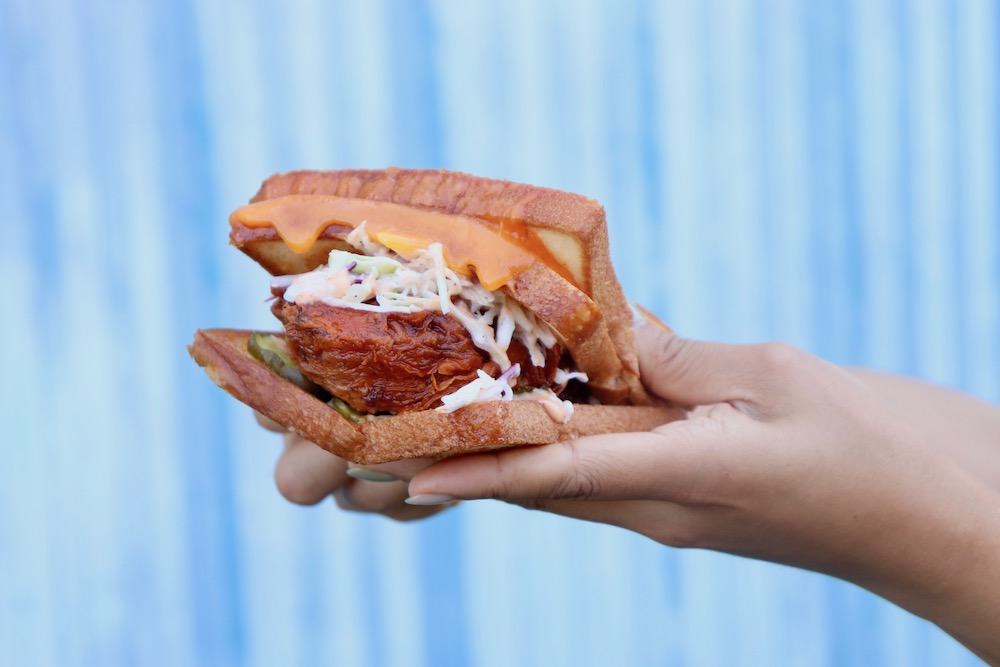 ‘Frying Pan 2’ is located at 900 W Cordova Street, this new truck will serve as the perfect spot to grab a filling lunch for people and tourists in the bustling downtown area.

It’s been a long time coming but the new Browns Socialhouse next to the Queen Elizabeth Theatre in downtown Vancouver is finally open. The new pre, post, and well, any event spot officially opened October 15. 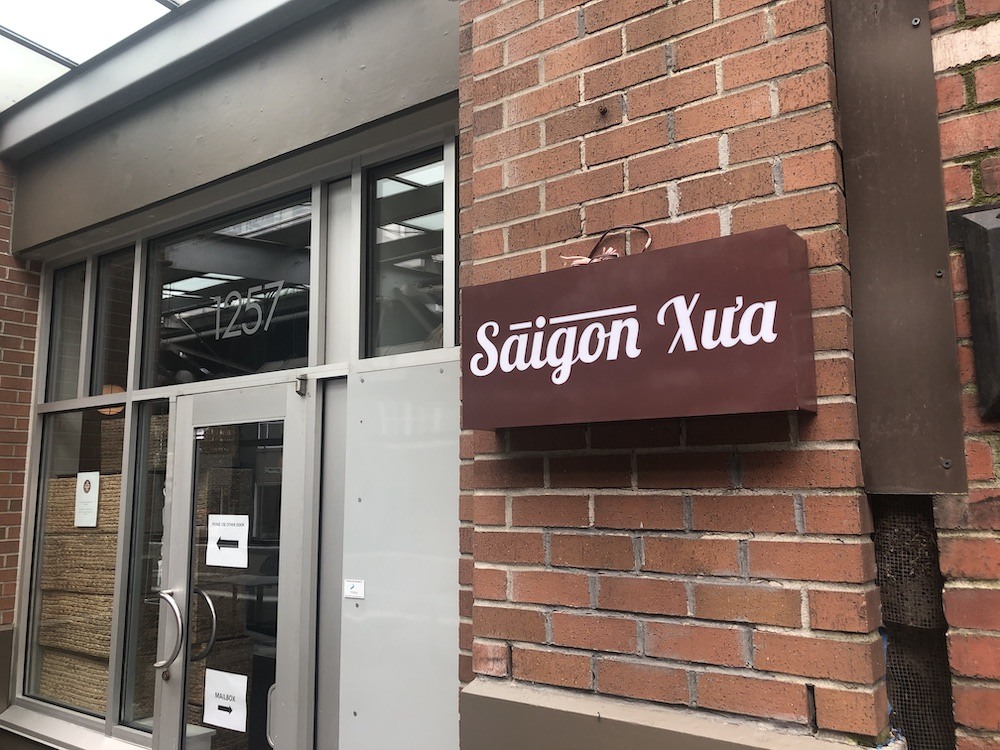 Monga Fried Chicken has opened in the Aberdeen Square Food Court. The brand has outposts all over the world, including one in Toronto. Monga Richmond offers four varieties of the giant fried chicken fillets that are “as thick as a coin.” This offering is marinated with honey, dipped in batter, fried, and then topped with Monga’s signature toppings, like the Chee-Z variety.

The North Shore outpost of this popular Main Street pizza spot is finally open. Expect the menu of ‘zas you know and love from Farina Main Street along with new additions such as the Ortolana, Bosciaola, and Prosciutto & Arugula varieties. As for beverages, expect local craft beer and prosecco on tap, an all-Italian wine list, and a curated list of house-made cocktails.

The popular brand has expanded to the beachy-and-dreamy ‘hood at 1909 West 4th Avenue. The newest counter-service outpost will be tucked in on bustling West 4th Avenue underneath the TD Canada Trust bank where the now-shuttered Szechuan Restaurant previously operated.

Miss Korea BBQ is open at 793 Jervis Street. The new spot offers Korean BBQ, traditional soup and noodles, as well as sushi and sashimi. Patrons are invited to sit down and enjoy marinated and seasoned meats, seafood, and veggies which they can grill themselves right at their tables.

Known for its killer baked goods, small bites (waffles, salads, wraps, toasts), and 49th Parallel Coffee, this will surely be a popular spot for Burnaby locals once it opens its doors.

A popular Taiwanese bubble milk tea chain is gearing up to open in Vancouver. It’s known ‘Milkshop’ in Tawain, but for the international market, it’s recognized as ‘Milksha.’ The new sweet spot will be opening at 1258 Robson Street this fall, the former location of Poke Time.

Vancouver loves its wine bars, so news of a new spot to sit down and enjoy a good glass of vino – among other things – is exciting stuff. Bar Corso will be ‘opening soon’ in East Vancouver. The new concept will be going into 1566 Commercial Drive, which is the former location of The Candy Aisle.

Afuri Ramen and Dumpling has revealed its first Canadian location will be opening in Richmond in the former location of Dazzling at 140 – 7971 Alderbridge Way. 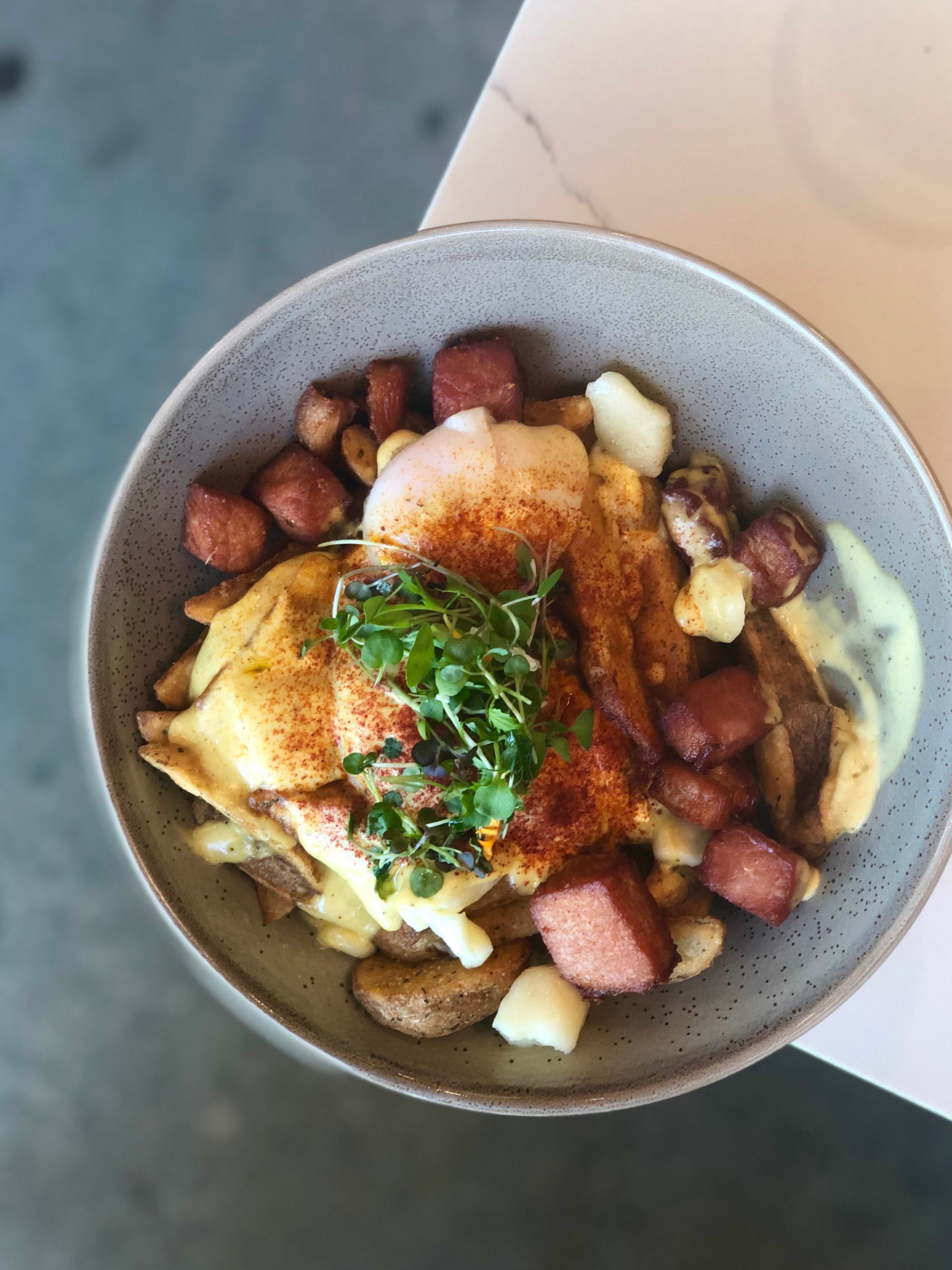 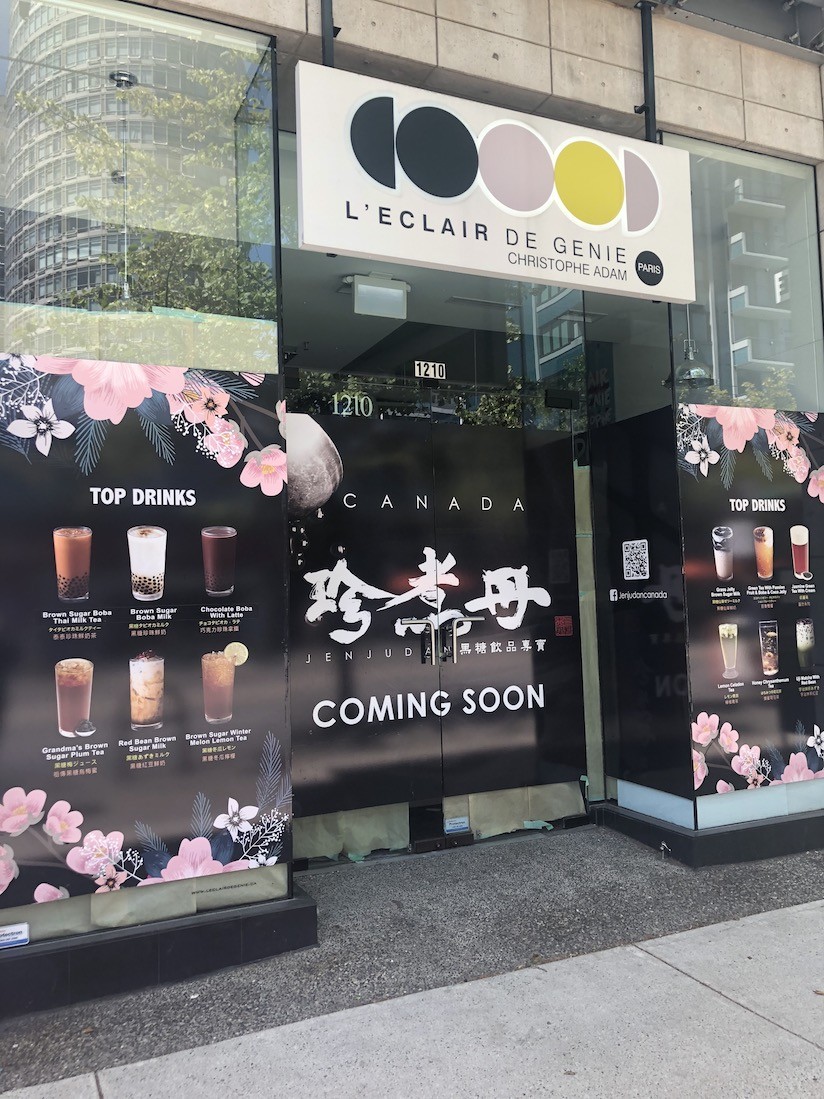 In addition to this outpost, a second Robson Street location is in the works (290 Robson Street) along with a location in the Collingwood area at 3490 Kingsway. In Richmond, a Jenjudan is slated to open at 5599 Cooney Road Unit 125.

Now, the local business has announced a new Kokomo outpost is in the works, this time on the North Shore in Edgemont Village. Set to open sometime this fall, we’ll keep you posted on more details as they come.

The popular milky, creamy refreshments from this brand will be coming to Vancouver soon, but the exact location and official opening date have yet to be revealed. Tiger Sugar operates outposts all over Asia, including Malaysia, Hong Kong, Singapore, and the Philippines, and plans on opening its first North American location in Toronto any day now.

The company has exclusively revealed the address of the downtown Vancouver location to Daily Hive. The brand has plans to maintain Japanese authenticity with its BC locations, aiming to stay true to the famous Japanese recipe by using Japanese ingredients. 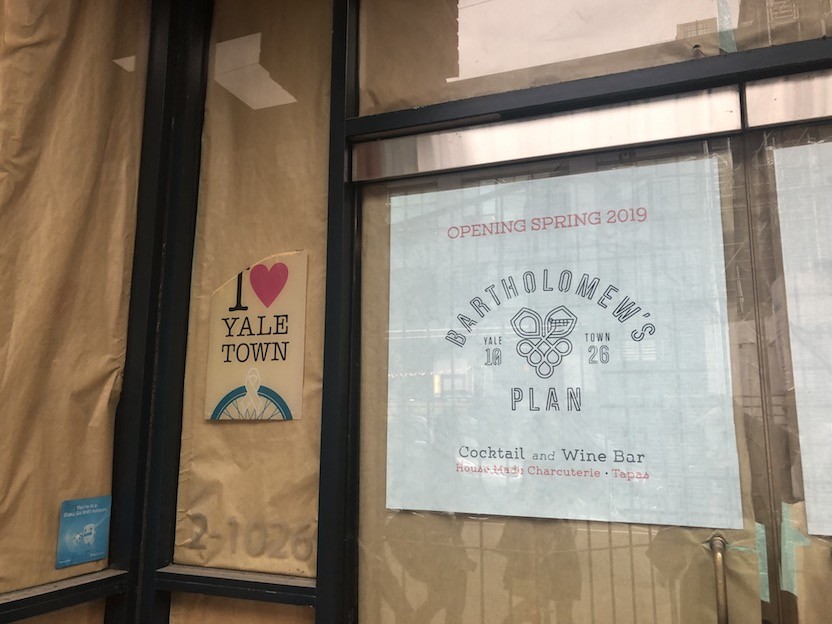 A new cocktail and wine bar called Bartholomew’s Plan is slated to open at 1026 Mainland Street this spring. Patrons can expect house-made charcuterie and tapas dishes at this soon-to-be-open hangout.

This eatery is known for sweet treats like sizzling matcha mochi toast and savoury items like hot pots and spicy meat dishes. Owners tell Daily Hive the opening should be sometime soon, we’ll keep you posted on an exact opening date.

Known for its big menu of affordable dishes like pasta, fries, chargrilled meats, and ‘Heart Attack Fried Rice,’ this spot was still under construction at the end of July, but its social channels said it would be open ‘real soon.’