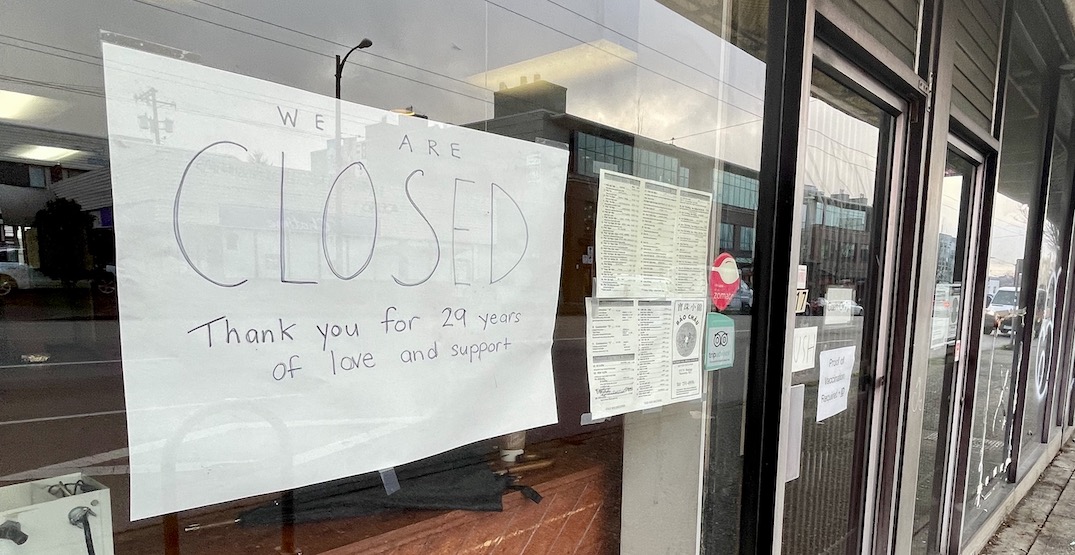 Here is your update on restaurants in and around Vancouver that have shuttered this fall.

Taylight Brewing in Port Coquitlam closed its doors last month. In a message to its followers, the 1485 Coast Meridian Road brewery, which opened its doors back in August 2018, said it would no longer be able to stay open due to “effects of COVID 19.” 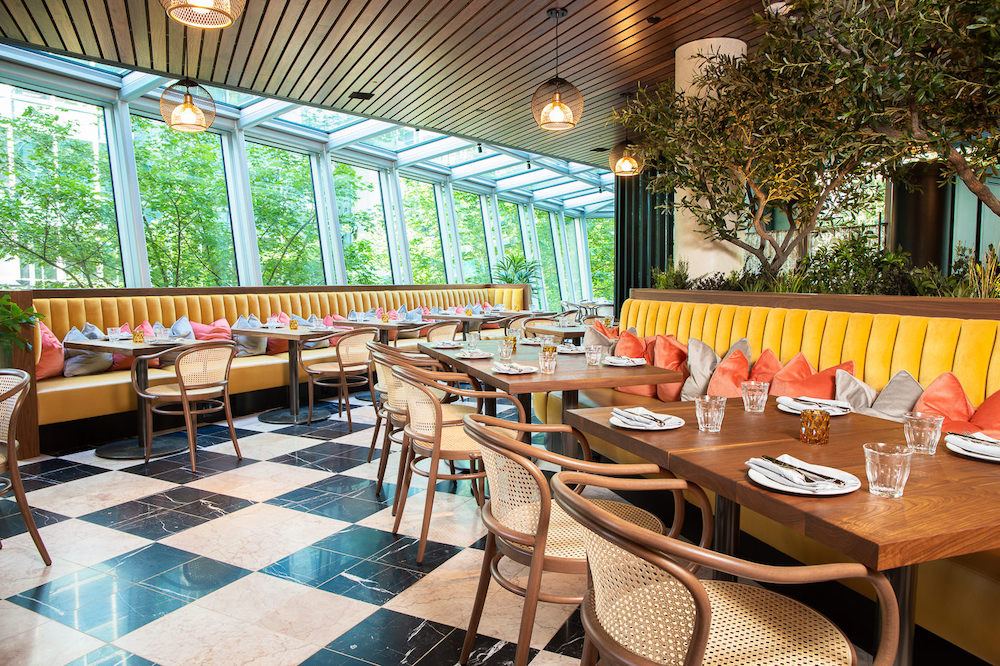 Miantiao, the newly opened eatery inside the Shangri-La Hotel Vancouver, has now ceased operations. After a six-month run, the Italian-Chinese restaurant offered its last service on Monday, November 29.

Soirette cake and macaron boutique announced it would be closing after a decade of operation this summer. The Coal Harbour shop was known for its whimsical sweet treats and photo-worthy creations for Vancouver’s annual Hot Chocolate Festival. 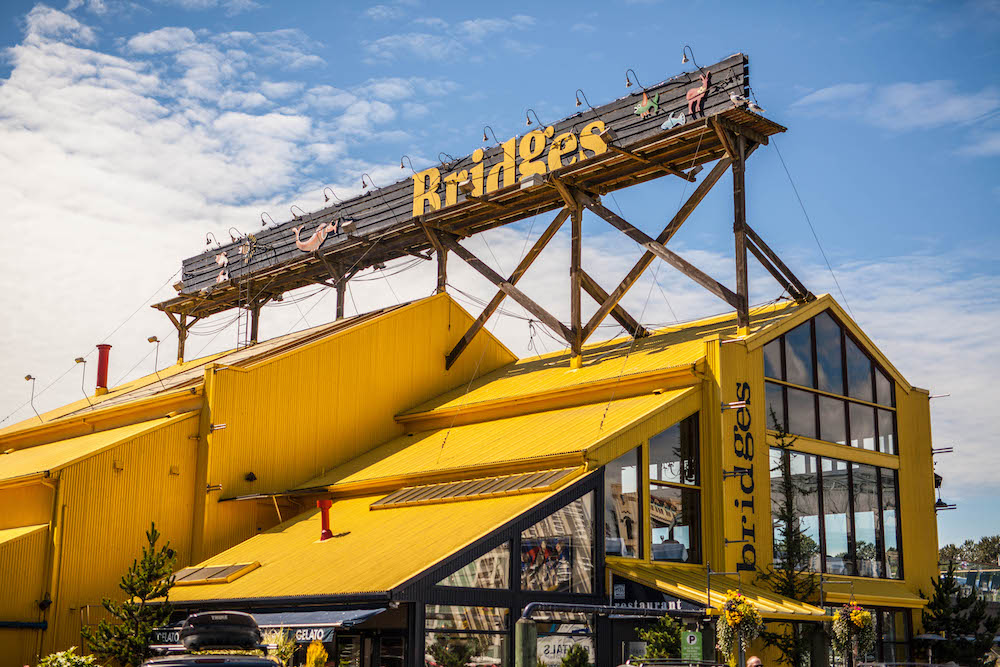 It’s the end of an era. Landmark Granville Island restaurant Bridges closed its doors on Sunday, September 26, after 41 years of operation. But here’s some good news: it’s not a goodbye for this space, just see you later. The restaurant as we know it will be changing, and Bridges will be rebranding. 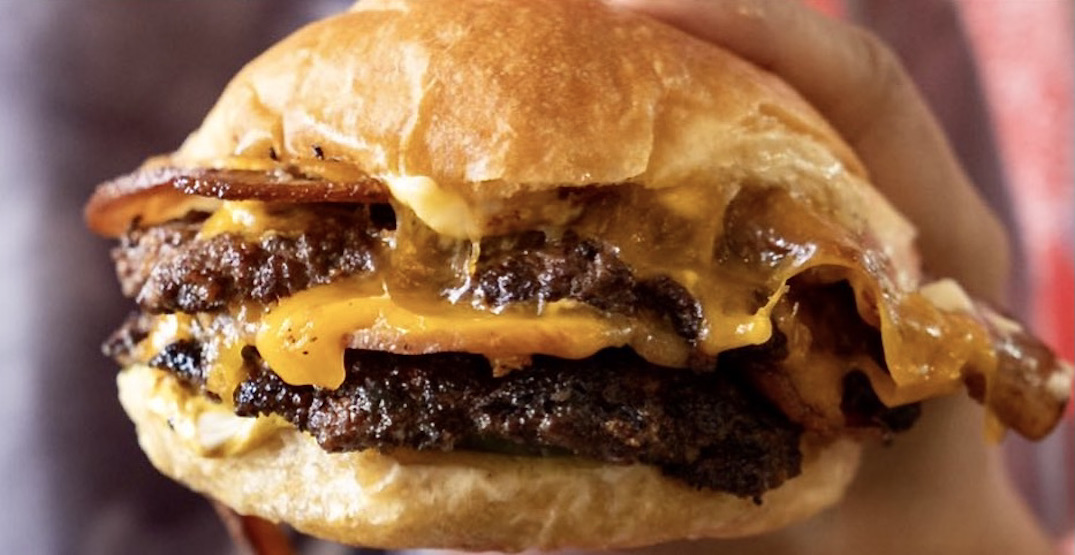 One of Vancouver’s most celebrated local burger joints has permanently closed its doors. Trans Am, or as it was later known, Turbo X Trans Am, is officially shuttered.

After nearly a decade of operation, Rogue Kitchen & Wetbar has permanently closed its Convention Centre location. The local mini-chain operated at 200 Burrard Street at the Waterfront Building in Vancouver for eight years. 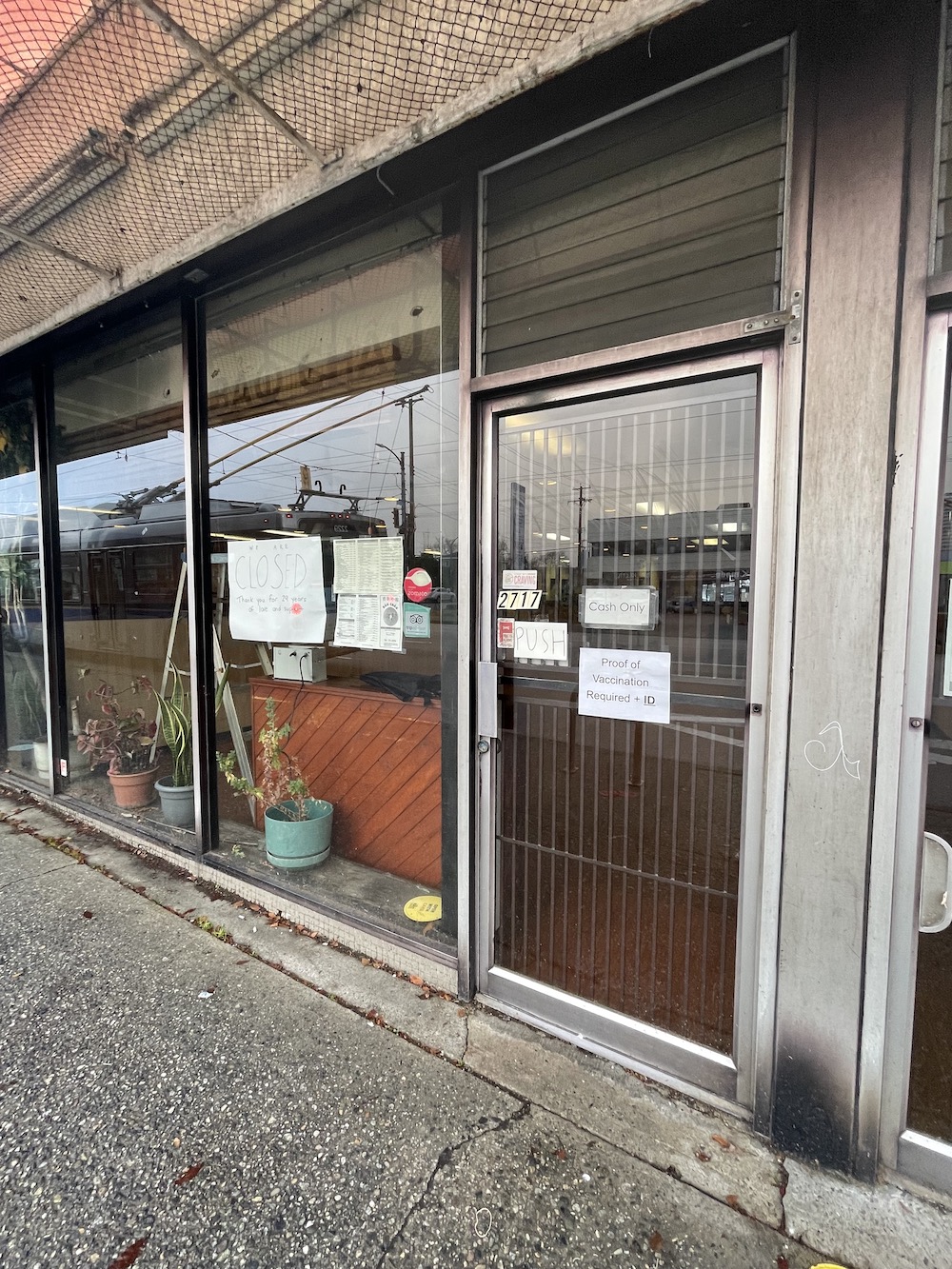 A longtime Vietnamese eatery has closed its doors in Vancouver. Bao Chau Vietnamese Restaurant has been marked as permanently closed online, and a sign on the restaurant’s front window has been posted to share the news. 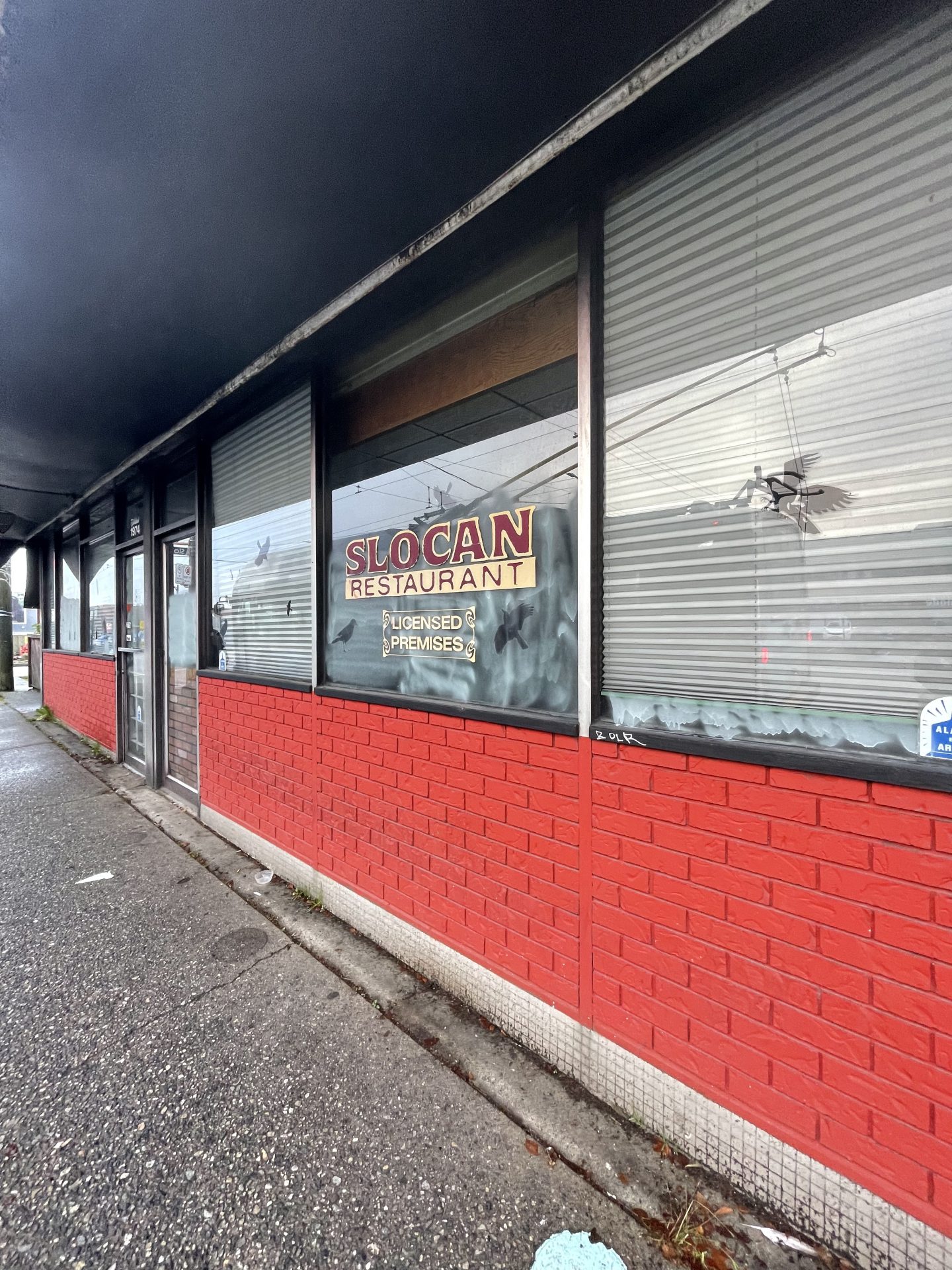 The Slocan has stopped operating at its 2715 East Hastings Street location after nearly 50 years of business. This destination for classic comfort eats closed earlier this fall on November 14. The restaurant teased a “2.0” version of The Slocan in its goodbye Instagram post. We’ll keep you posted as details are released.

One of Metro Vancouver’s local spots for quality cuts of meat, Butcher’s Table, has closed its doors. The butcher shop was located inside the New West River Market at 112 – 810 Quayside Drive.

Cin City Mini Donuts has closed its Vancouver sweet spot at 327 E Broadway. The destination for hot mini donuts, hot dogs, cotton candy, and lemonade had operated seasonal stands before, but this was the brand’s first full-time location.