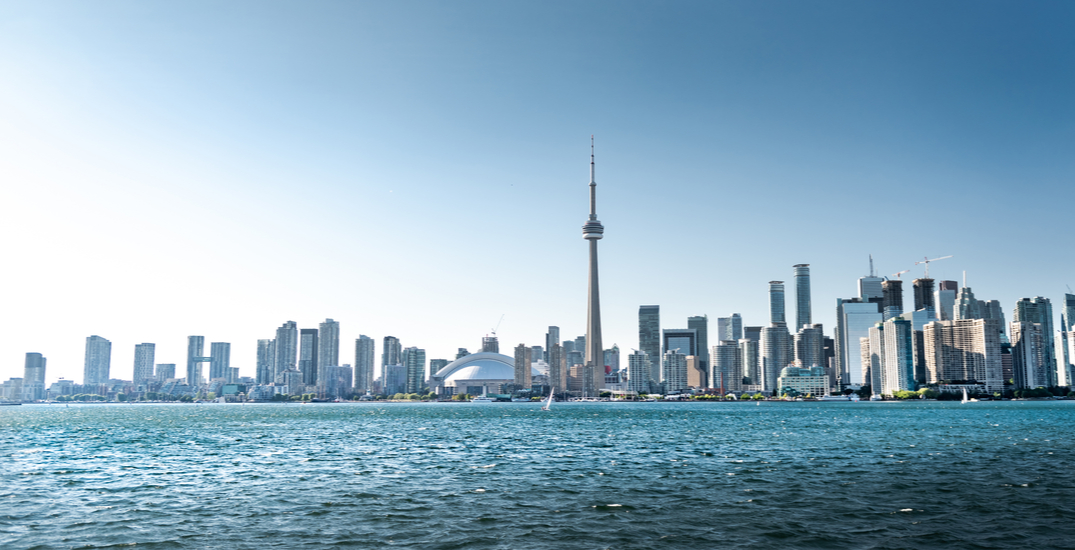 The long weekend is finally here! With the weekend in full swing, there will be a ton of events and things to do in Toronto through Monday.

Since Monday is a civic holiday, several businesses in Toronto will be closed, but a ton of events and activities will be ready and open to keep you entertained.

Here’s a list of things to do in Toronto this long weekend:

When: You’re craving something sweet
Where: 126 Cumberland Street

Get a free cookie at this local Toronto cafe

Toronto’s Neo Coffee Bar will be giving out freebies for one day only this weekend in honour of its sixth anniversary. On Sunday, August 1, Neo Coffee Bar will hand out a free pop socket and cookie coupon to every customer who purchases while supplies last.

An immersive theatrical experience is now available at Toronto’s Casa Loma, and tickets are on sale. Imagine Dragons – Light Forest will feature theatrical Medieval displays within the castle’s gardens, tunnels, and stables. There will be many interactive live performances that feature costumed characters along the route. Chat with a knight in shining armour, fairies, maidens and royalty. This experience is designed as a self-guided walk along a 2 km trail.

Catch a flick at a massive outdoor movie theatre

A huge outdoor movie theatre has popped up by Toronto’s waterfront so that you can catch classic Italian films with a lakeside view. The Italian Contemporary Film Festival has set up an outdoor movie theatre located at Trillium Park in Ontario Place. Take a seat on one of their many inflatable furniture pieces while catching a flick on a large-scale screen.

When: Until August 2
Where: Trillium Park – 955 Lake Shore Boulevard West

Head to the Let’s Do Summer pop-up

The Let’s Do Summer pop-up serves delicious treats, including tacos, barbecue, lettuce wraps, and corn with pesto sauce. Dessert options include churros served in planter pots and ice cream served inside a coconut. And it’s all conveniently located near Queen and Bathurst on Richmond Street.

Treat your tastebuds to delicious food at this new Italian cafe

Piccolo Café e Vino is Toronto’s newest morning cafe and evening snack bar. It has an extensive menu featuring delicious cocktails and food. The casual coffee shop and snack bar is located at 111 John Street and offers an extensive list of cafe favourites like Cappuccinos, Espressos, Machiattos, and freshly baked goods available during the day.

Play the night away at Dave and Buster’s

Get ready for game nights because Toronto’s beloved Dave and Buster’s has officially reopened. Dust off your game cards because the ultimate entertainment and arcade spot is welcoming guests back for nights of fun.

When: As of July 21
Where: 120 Interchange Way, Vaughan and 2021 Winston Park Drive Unit E, Oakville

BIG on Bloor Festival is back this year with the launch of tons of art installations across the Bloordale neighbourhood this week. It will span from Dufferin Street to Lansdowne Avenue along Bloor Street starting July 24. The event celebrates “community magic, creativity, and diversity through arts and culture” while supporting local storefronts.

When: July 24 to August 2
Where: Dufferin Street to Lansdowne Avenue on Bloor

The Toronto Caribbean Carnival has teamed up with Street Eats Market to create the Carnival Weekend’s Grand Finale from July 30 to August 1. The event is located at Scarborough Town Centre and will host a series of food truck parks serving the best local Caribbean food. Guests will also be able to grab a drink from the Carib Beer Tent and watch cultural entertainment featuring Mas, Pan, and Calypso to keep the spirit of Carnival alive. It’s free to attend, but it’s recommended to buy tickets online to secure a spot.

When: July 30 to August 1
Where: 520 Progress Ave – Scarborough Town Centre

The weather is hot, the sun is shining, and the cravings for berry pie are hitting hard. It can all only mean one thing: the pick-your-own raspberry season is upon us. One of the more sustainable activities you can take up during the summer, the time has come to hit the fields with baskets in hand and select only the brightest, plumpest, and juiciest berries in the land.

When: This summer
Where: Several farms near Toronto

Not sure what a “French Taco” is all about? Brick ‘N’ Cheese is the newest restaurant bringing the creative combination to Toronto. After finding success in Vancouver, the street food spot has come to Toronto for its first-ever location. They are located at 678 College Street and officially opened on July 27. The handheld comfort food first gained popularity among French universities and has since made its way over to North America to test out the waters.

When: You’re dying to try something new
Where: 678 College Street

Niagara Parks has reopened most of its attractions and welcomed guests once again to a number of its parks, such as the Butterfly Conservatory. Several attractions and restaurants reopened, including the Butterfly Café, Table Rock Market, for indoor seating, Queen Victoria Place Restaurant for indoor dining upon request, TaylorMade Performance Fitting Centre, Old Fort Erie’s visitor centre and access to the museum and indoor spaces, Laura Secord Homestead’s visitor centre and indoor tours.

When: You’re looking for a getaway
Where: Niagara Falls