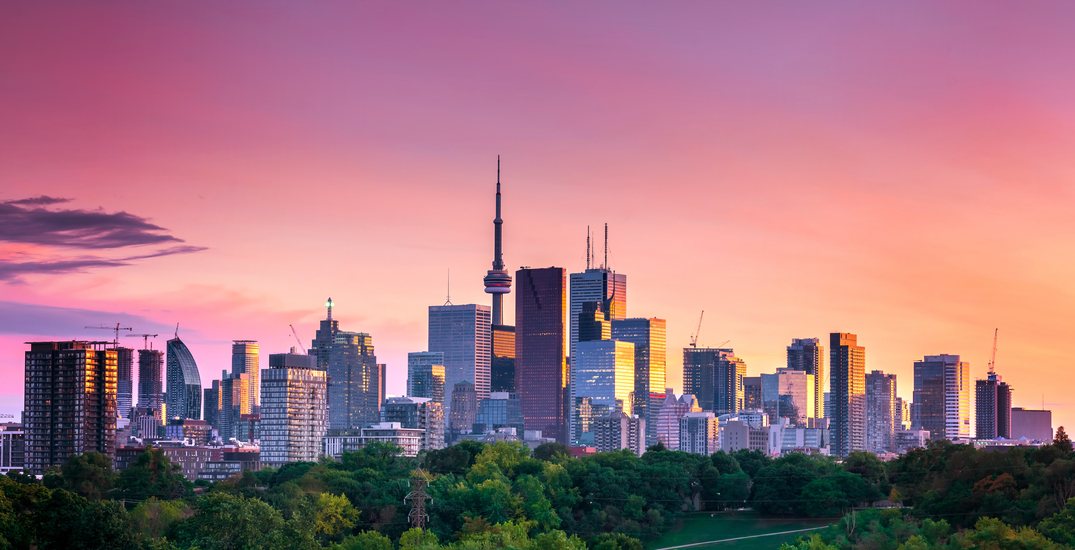 It’s the first weekend of fall and Toronto is prepared. There are a ton of activities and things to do that will keep you in the right mind for the season.

It might seem a bit gloomy but you can still make the most of it. Maybe try a new restaurant or go to that pop-up you’ve been meaning to check out. The world is your oyster!

Here are a few things to check out this weekend:

Dine on an all-season rooftop patio

Toronto’s newest all-season rooftop restaurant has finally opened its doors after months of anticipation. Harriet’s Toronto is located within 1 Hotel Toronto at 550 Wellington Street West on the 16th floor of the luxurious stay. Guests can enjoy the sunset while indulging in a handcrafted cocktail or eating Japanese cuisine and comfort dishes developed by 1 Hotel Toronto’s Executive Chef Derek Powers Jr. They also host a weekend brunch menu, offering a beautiful setting for an intimate afternoon. Guests can expect live music and DJ performances, as well.

Check out fall events in the city

Goodbye summer, hello fall! It was fun while it lasted, but now it’s time to start getting ready for all the food and drink events Toronto has prepared for the season. RendezBrews and Fall BeerFest TO are coming to the city this weekend.

Get spooked at Fear Farm

The spookiest time of the year is fast approaching, and with it comes the reopening of Toronto’s legendary haunted farm. Fear Farm, located roughly an hour and a half from Toronto, is set to open for the season on September 25. Brave visitors can embark on four different haunted tours, including the Hillbilly Hike, which takes you through an eerie swamp full of chainsaw-wielding maniacs.

Catch a game at one of Toronto’s many sports bars

There’s nothing better than watching your favourite team do what they do best in person, but snagging tickets in time might be a tedious task. Bars are the next best thing. Thankfully, Toronto has a bunch of sports bars scattered across the city for fans to reunite and cheer on their teams together. Pair that with a cold brew and something to munch on, and you have yourself the perfect game night.

When: Game nights
Where: Across Toronto

A new exhibit at the Royal Ontario Museum (ROM) documents the experiences of COVID-19 through hundreds of face masks. The aptly named exhibit, Unmasking the Pandemic: From Personal Protection to Personal Expression, will open on September 18, and is completely free to the public. The exhibit features more than 100 stunning face masks handmade by artists, designers, and makers from 23 countries around the world.

When: Monday to Sunday from 7 am to 10 pm
Where: Park Hyatt Toronto – 4 Avenue Road

Experience the best of fall and go apple picking

Apple picking season in Ontario has arrived, and GTA orchards have various apples just waiting to be plucked and made into your favourite fall treat. September is prime picking season, and the changing leaves mean it’s the perfect time to get out and see some of the gorgeous foliage the Toronto area has to offer.

When: You’re in the mood for some fresh apple pie
Where: Several locations near Toronto

Go to an all-you-can-eat restaurant

For anyone who knows a thing or two about all-you-can-eat restaurants in Toronto, one thing is for certain: arrive on an empty stomach! It’s a fun experience when you go with a bunch of your friends and order all of your favourite dishes. But when you’ve ordered more than you can actually eat, the struggle is real.

When: You’re absolutely starving
Where: Several locations across Toronto

Get spooked at Fear Farm

The spookiest time of the year is fast approaching, and with it comes the reopening of Toronto’s legendary haunted farm. Fear Farm, located roughly an hour and a half from Toronto, is set to open for the season on September 25. Brave visitors can embark on four different haunted tours, including the Hillbilly Hike, which takes you through an eerie swamp full of chainsaw-wielding maniacs.

Toronto just got its first-ever “post-to-pay” pop-up. Offering an array of limited-edition items from local shops and artisans, the only accepted form of payment at Pick Me Ups, by MilkUP, is social currency. To get the goods, including themed cookies and mini cheesecakes, all you have to do is make a post on social media about them.

When: Thursdays to Sundays through October 2. Open from 11 am until vendors sell out.
Where: 639 Queen Street West

Toronto’s DineTOgether program is underway and almost 300 local restaurants are participating, offering cheap eats that won’t hurt your budget. Running until October 3, this program explores the city’s large culinary scene with special two-item menus that range from $15 to $50 per person. Whatever you’re in the mood for, guests can dine in, order for take-out, or have their food delivered.

When: Until October 3
Where: Several locations across Toronto

Get lost in a corn maze and pick your own pumpkin

Wednesday, September 22, marks the first day of fall, and this farm has the perfect festival to get you ready for flannel season. Pingle’s Farm, located an hour outside of Toronto, is hosting its annual harvest festival through the month of September and October. Attendees can hit up the 6.5-acre corn maze, hitch a wagon ride or indulge in some farm treats from the menu.

When: Every Friday to Sunday, until November.
Where: 1805 Taunton Road East, Hampton, Ontario

Desserts that not only taste good but are good for you? Sign us up! Tsuchi is a Japanese plant-based cafe located in Toronto’s Little Italy, 688 College Street. Guests can find familiar cafe favourites and even traditional Japanese desserts made with organic ingredients.

When: You’re in the mood to try something new
Where: 688 College Street

Enjoy the Mid-Autumn Festival this weekend

A traditional Chinese festival that is celebrated in Southeast Asia is coming to Toronto this weekend. The Waterfront Night Market is bringing the Inaugural Full Moon Mid-Autumn Festival to the city this Saturday at the Stanley Barracks, Hotel X Toronto. Floating lanterns, watching a Lion Dance performance, and catching artistic creations are among the traditional activities available to visitors.