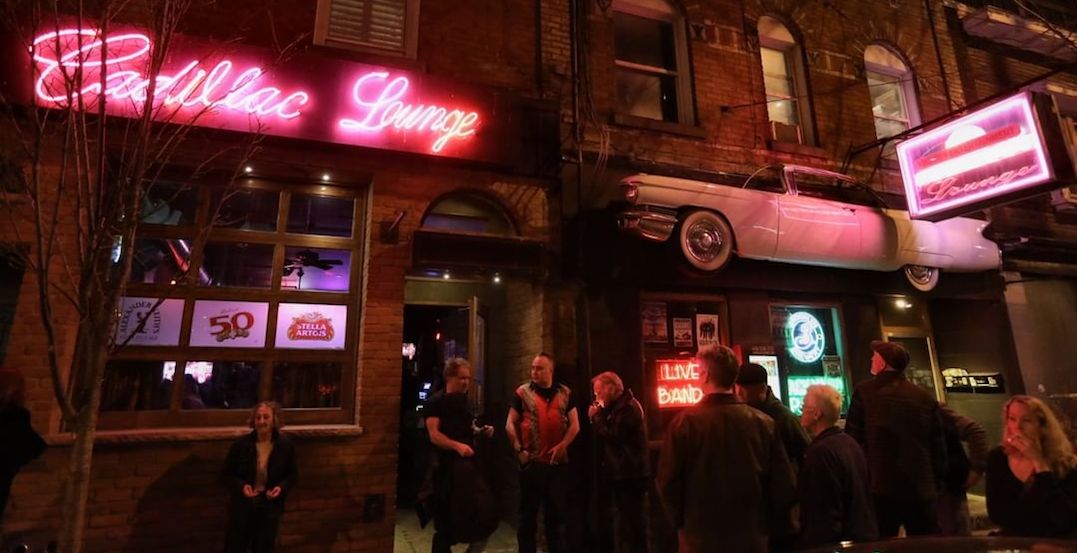 While many restaurants are pulling out their pumpkin spice recipes and prepping their patios with all-weather heaters, some spots won’t get to enjoy the annual cool-down.

From fancy vegan spots to namesake bars, the city bids adieu to a long list of great eateries over the last few months.

So pour one out for these places that didn’t make it through Summer 2019:

Brooklynn Bar announced its impending shut-down on Instagram, reminiscing about 10 years of memories before sharing that its last day of service would be June 22, right after the summer solstice.

This vegan eatery closed up shop on June 23. By the same folks, Avelo is now open downtown.

This King and Dufferin staple shuttered over the summer, leaving Parkdale missing their roti.

Technically making it through summer, this spot won’t come to know fall. “Our final service will be on Saturday, September 28,” reads an Instagram post, before offering eternal thanks to patrons for support through 2019, which was “difficult for the entire Portland family.”

This pizza-slingin’ eatery has shuttered its doors at 269 Dunn Avenue.

The pup-friendly cafe Dogs & Coffee, located at 616 Queen Street West, closed almost a year to the day after celebrating its grand opening.

This uptown eatery is no longer, as of early September.

The news came out in a to-the-point Instagram post, with a caption that read “Last Day of the Cadillac Lounge is July 14th.”

A post shared to Instagram said that while it was “an extremely difficult decision,” the bakery would close up shop on June 30.

This eatery shuttered after serving Toronto for nearly 62 years.

This Gloucester Street institution closed in July as a construction project was set to take over its space.

This eatery shuttered its Gladstone Avenue location, but the one on Lansdowne lives on.

Fred’s Not Here and The Red Tomato

These King West establishments shuttered in late August, after more than 31 years.

This spot has moved out of its Bloor West home, but will settle into a new spot on the corner of Dundas West and Sheraton very soon.

Steambox Dumplings officially closed its Dundas West doors, due to a health crisis.

This adorable eatery shuttered on the last day of August, escaping the chill of September.

With an intention to eventually re-open, this spot closed over the summer for major renovations.

This Eaton Centre eatery served up their last meal this summer. The vegan hotspot is no more, but you’ll find their other location in Kensington Market.

This eatery has left their Leslieville home, but will be re-locating only a stone’s throw away at 753A Queen Street East.

The Kentucky Fried Chicken that previously occupied the corner of Dundas West and Grove Avenue has been demolished.

This Baldwin Village gem served up its final un-seafood dish this summer, to many a vegan’s disappointment.

And this vegan treasure, beloved in Kensington Market, also shuttered.

The popular hangout shared on Instagram early in the summer that they would be out of their basement spot at 860 College on August 3. ‘Twas a sad goodbye.

This Broadview Avenue hangout shuttered less than a year after opening.

This cozy Carlton street spot is no longer, but it was fully booked up for days until close.

This Queen West sandwich joint shuttered recently, much to the neighbourhood’s dismay.

Closing at the very beginning of fall, this popular Parkdale burger spot says the departure is due to rent increases and maintenance cost at their location.

This Danforth Avenue pizza and spaghetti house closed in August, after 53 years.

The announcement came in the summertime; The Gabardine will only come to know the first inkling of fall before shuttering after nearly nine years in the financial district.

The King West outpost of this eatery shuttered in early September.