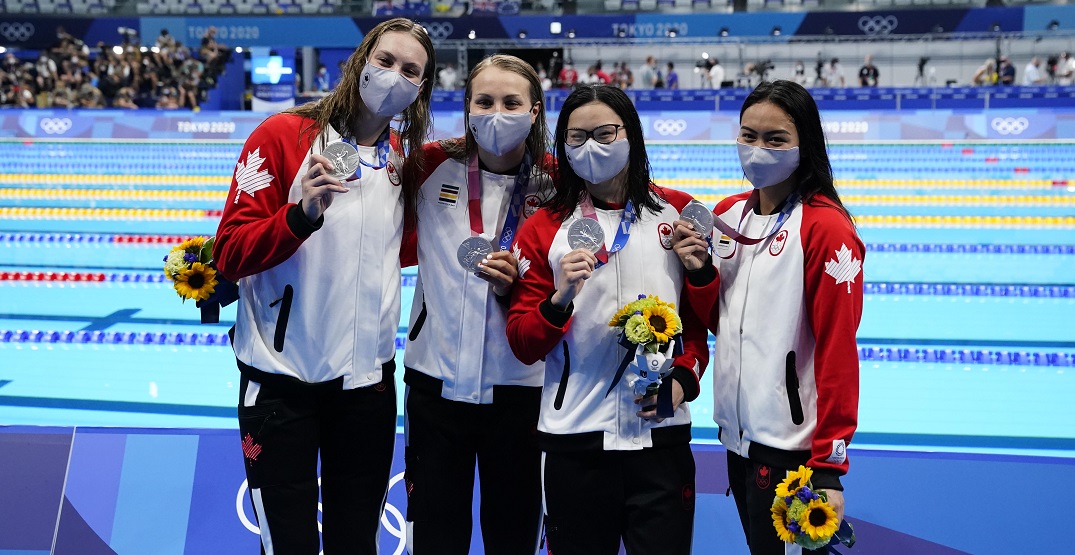 You can thank Canadian women for adding to the country’s Olympic medal count.

Canada’s Olympic medal count is up to eight at the Tokyo Summer Games so far, with all of the medals having been picked up in women’s events.

The female domination follows a trend from the Rio 2016 Olympics, where women picked up 16 of Canada’s 22 medals.

Here’s who’s been hitting the podium through the first few days of competition.

Maggie Mac Neil won her second medal of the games with an outstanding race in the 100m butterfly final.

Masse picked up her second medal in the 100m backstroke after winning the bronze back in 2016.

The duo were Canada’s second medallists of the Games, and it was Abel’s second medal after winning a Bronze back in London in 2012.

The top-ranked Klimkait was the first-ever Canadian woman to win an Olympic judo medal.

One day after Klimkait, Beauchemin-Pinard came through with a medal of her own.

Canada picked up a 3-2 win over Mexico in the bronze medal game to pick up the country’s first softball medal.