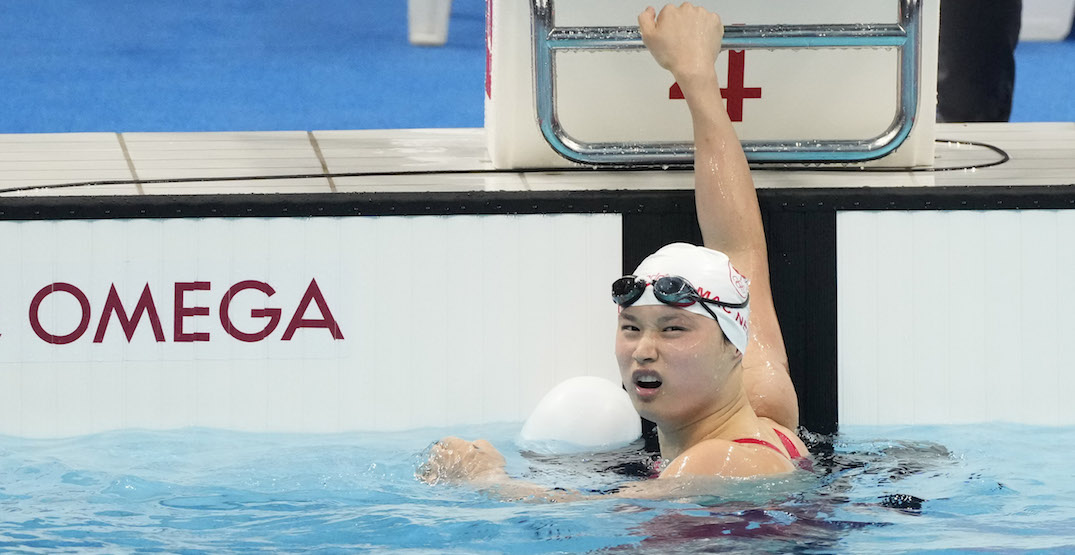 Maggie Mac Neil is many things: a world champion, an Olympic gold medallist, and a new source of inspiration to countless young Canadian athletes.

But even on the world’s biggest stage at the Olympics in the 100m butterfly final, the London, Ontario swimmer found herself faced by the realities of poor eyesight.

Moments after winning Canada’s first gold medal in Tokyo with a time of 55.59 seconds, Mac Neil saw herself looking up at the scoreboard but was maybe the last person to realize she’d won the gold medal.

A golden reaction for a golden moment

It turns out the reason why Mac Neil’s reaction was delayed was surprisingly simple: she didn’t have her glasses and doesn’t wear contacts while in the pool.

“I heard my name called, so I thought I did something well,” Mac Neil told CBC after the race. “Then I turned around and was kind of scanning the scoreboard… I don’t think it’ll process for a little while.”

It’s understandable why Mac Neil would want to compete without wearing any added vision correction. Anyone who’s worn contact lenses in a pool before knows how messy things can get, and in a race that takes under a minute to complete, any sort of mishap could be the difference between winning and losing.

Many on Twitter found the wholesome moment from Mac Neil relatable.

The replay of Maggie Mac Neil squinting before realizing she won gold — because she doesn't wear contacts when she swims — makes me laugh every time I see it pic.twitter.com/vyYFSHam3C

Mac Neil ended up with her glasses on once again for the gold medal presentation.

The 21-year-old Mac Neil is far from the first big-stage athlete to compete without being able to see at full capacity. Infamously, Golden State Warriors guard Steph Curry was already a two-time NBA MVP award winner before he began wearing contacts in 2019 despite years of poor vision. 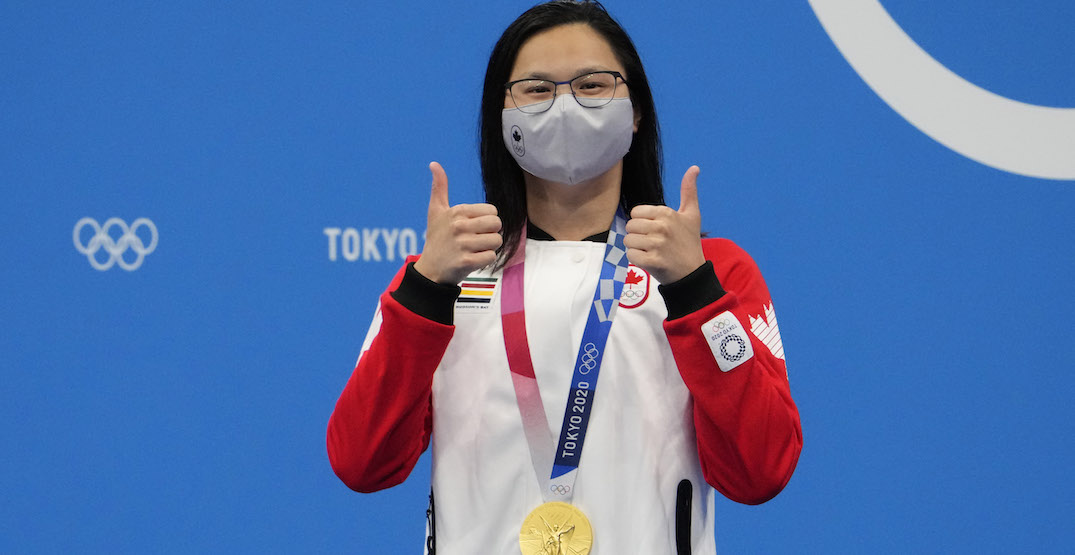