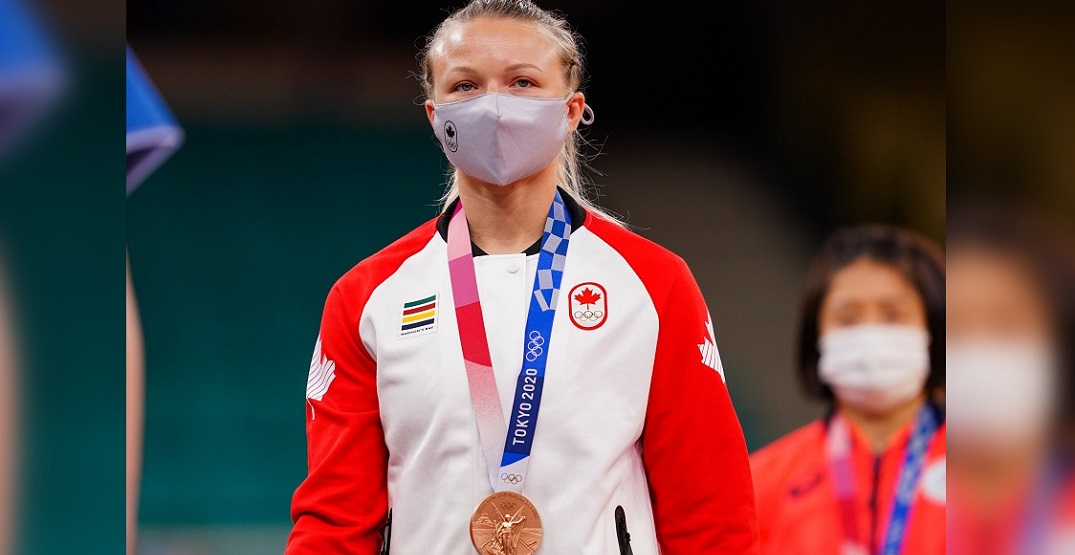 The 24-year-old Klimkait knocked off Slovenian Kaja Kajzer to become the first Canadian woman to ever win a judo medal at the Olympic Games.

Following the win, Klimkait paced around to collect her thoughts after what was a whirlwind of a day.

France’s Sarah Léonie Cysique knocked off Klimkait in an upset in the semifinal match after the Canadian was penalized with a shido infraction by the referee for a third time — akin to fouling out in the game of basketball.

Klimkait, who hails from Whitby, Ontario, was among the medal favourites entering today’s event, having won the gold medal at the 2021 Judo World Championships taking place in Budapest, Hungary this past June. She entered the event as the #1 ranked competitor, per the International Judo Federation rankings.

Oddly, Canada might have had a second athlete medal in the event had qualifying restrictions not been so strict. Canadian Christa Deguchi is ranked second worldwide, but Canada was only eligible to send one person per each judo classification event.

Canada last medalled in judo in 2012, when Antoine Valois-Fortier won the bronze in the men’s half-middleweight (81 kg) event at the London Summer Games.