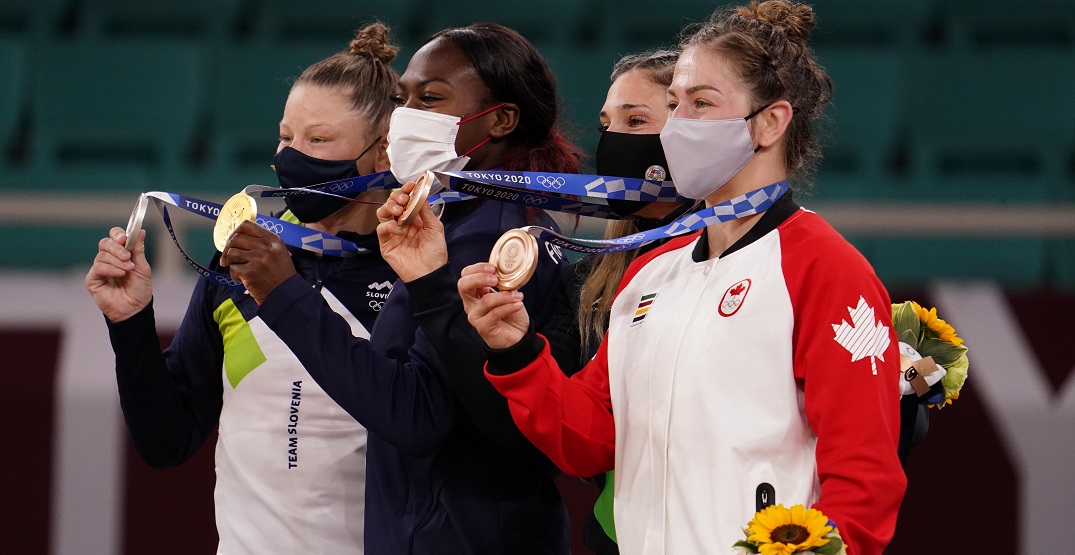 Canada is quickly turning into a powerhouse when it comes to judo events at the Olympics.

Taking place at Tokyo’s Nippon Budokan venue, Beauchemin-Pinard won the match in extra time over Venezuela’s Anriqueli Barrios. By way of the waza-ari, Beauchemin-Pinard tossed Barrios to the mat and gave a series of emotional fist bumps from the floor.

Canada has ANOTHER Judo medal at these #Tokyo2020 Olympic Games

One day after Jessica Klimkait made history as the first Canadian woman to win a judo medal, a bronze, Catherine Beauchemin-Pinard adds a bronze of her own 💪🇨🇦@JudoCanada pic.twitter.com/vUlqL4U30D

Beauchemin-Pinard was beaten by France’s Clarisse Agbegnenou in the semifinal, who eventually went on to win the gold medal.

Previously, Beauchemin-Pinard has had quite the storied judo career. She’s won the gold medal at both the 2019 and 2020 Pan American judo championships at the 63 kg level, while also winning a silver medal at the 2015 Pan American Games hosted in Toronto. She also competed at the 2016 Summer Olympics in Rio de Janeiro, falling in the second round of the 57 kg event.