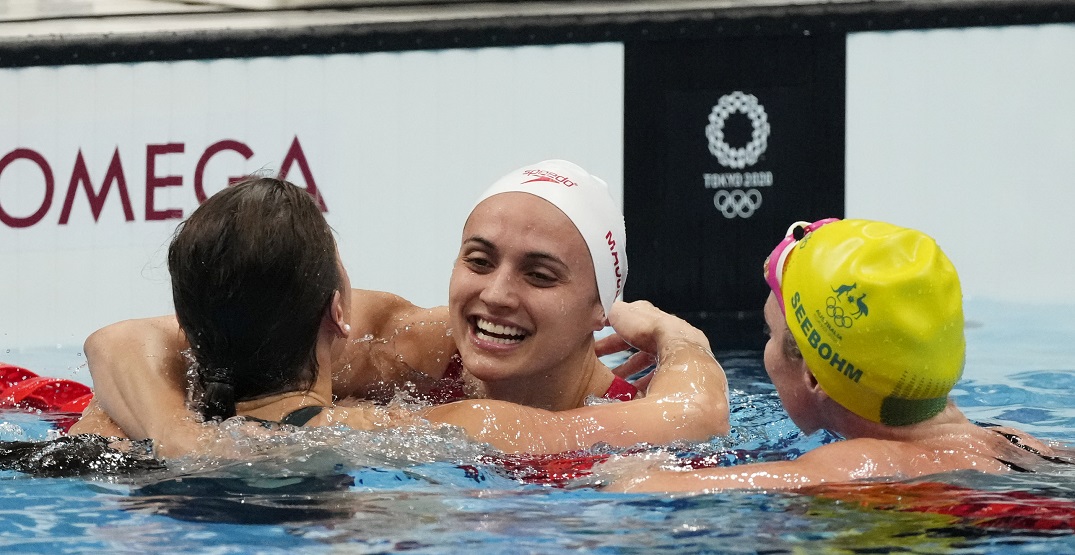 Canadian swimmer Kylie Masse fell just short of becoming an Olympic champion in the 100m backstroke final, picking up a silver medal in the process.

With a time of 57.72, Masse finished in second place behind Australia’s Kaylee McKeown, who set a new Olympic record in the event.

What a performance! Another medal in the pool for Canada 🇨🇦

Masse was leading the race at the 50-metre mark, but couldn’t quite hold on through the race’s final half.

“I can’t really complain to get on the podium in this incredibly talented and deep field,” Masse told CBC in a post-race interview after the event. “I couldn’t be happier to bring a medal home and contribute to Canada’s success here.”

Masse won the bronze medal in the same event back in the Rio 2016 Olympics.

A native of Windsor, Ontario, Masse had also won the 100m backstroke event at the 2017 and 2019 World Championships.

Masse’s medal was Canada’s third in the pool of the Olympics, all coming from the women’s events. Maggie Mac Neil won gold in the 100 m butterfly event last night, while the country’s 4×100 freestyle relay team earned a silver medal this past weekend.

Oleksiak qualified in the first semifinal with a sixth-place time of 1:56.39, but McIntosh’s slightly slower time of 1:56.82 was just too slow to make it through to the final.