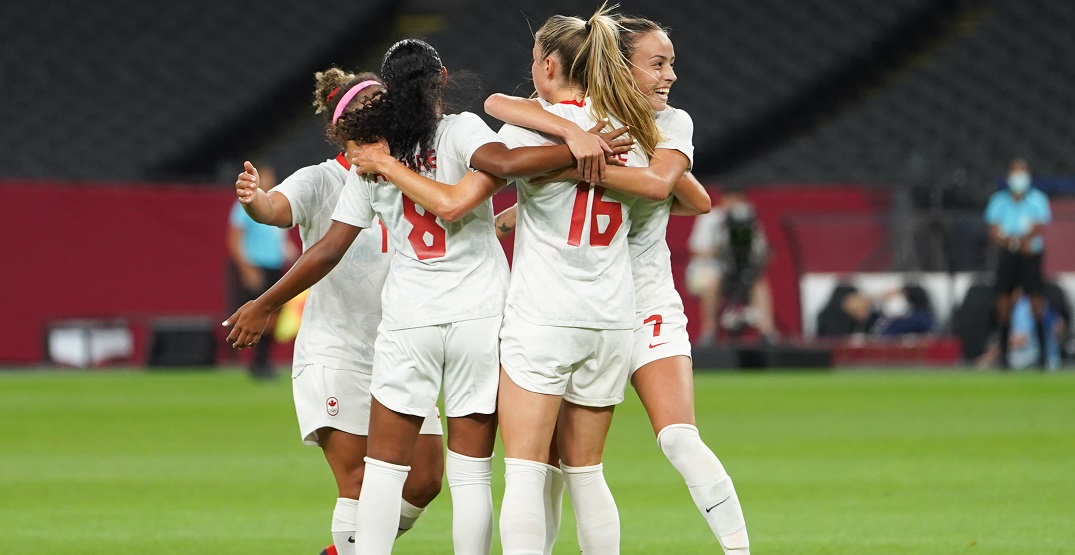 Canada’s women’s soccer team is through to the knockout stages of the Tokyo Olympic tournament.

After picking up one win and a pair of draws in the preliminary round, Canada is slated to face Brazil this Friday at 4 am ET/1 am PT in the quarterfinal. Brazil is ranked seventh in the FIFA women’s ranking, one spot ahead of the Canadians.

On Tuesday against Great Britain, Canada had to settle for a 1-1 score despite having the lead late into the contest.

Canada finished second in Group E, with their lone victory coming over Chile.

Adriana Leon puts Canada on the board 1-0

But a late tying goal from Great Britain’s Caroline Weir from outside the box levelled things up right at the beginning of the 85th minute.

The Canadians are moving onto the quarter-finals 🇨🇦 pic.twitter.com/gDyXRywqdv

Leon’s goal ended up being the only shot on goal Canada took during the match. Through three matches, Canada has taken just six shots on target, scoring four times. Canada has scored first in all three matches and likely could have put themselves in a much more favourable bracket position had they held on to win today.

If Canada makes it through to the Olympic soccer semifinals, they’ll be off facing the winner of Netherlands/USA in a match on August 2.

Meanwhile, Great Britain will be playing Australia, with the winner of that match going off to face the Japan-Sweden victor.