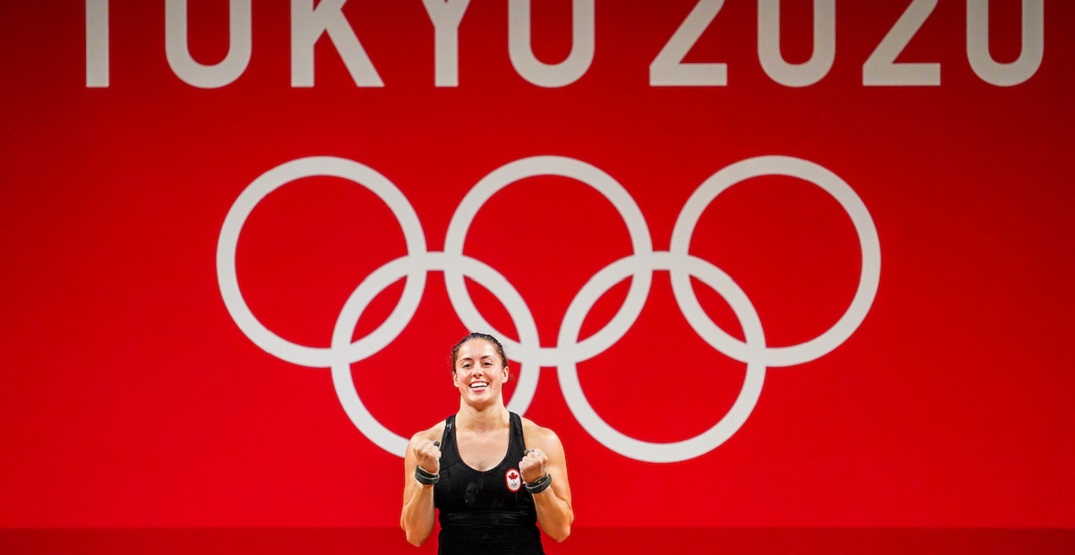 Canadian Maude Charron had a performance to remember in the 64kg weightlifting event at the Tokyo Olympics, winning a gold medal on Tuesday.

Charron put up a mark of 105kg in the snatch event and 131 kg in the clean & jerk to power through for the victory, which took place at the Tokyo International Forum.

Neither were actually a personal best for Charron, but they were powerful enough to come through for the win.

Charron lifts 131kg in the clean & jerk and extends her lead

Giorgia Bordignon of Italy won silver in the weightlifting event, while Chen Wen-huei of Chinese Taipei came through with the bronze medal.

There were 14 competitors in the field, with Charron as the lone Canadian.

Charron became the second ever Canadian woman to win an Olympic medal in weightlifting, after Christine Girard came out on top in the 63 kg event in 2012.

Eight of the 14 weightlifting events are yet to be decided, with competitions running through August 4.

The 28-year-old Charron, who hails from Rimouski, Quebec, had previously won gold medals at the 2018 Commonwealth Games and the 2021 Pan American Championship.