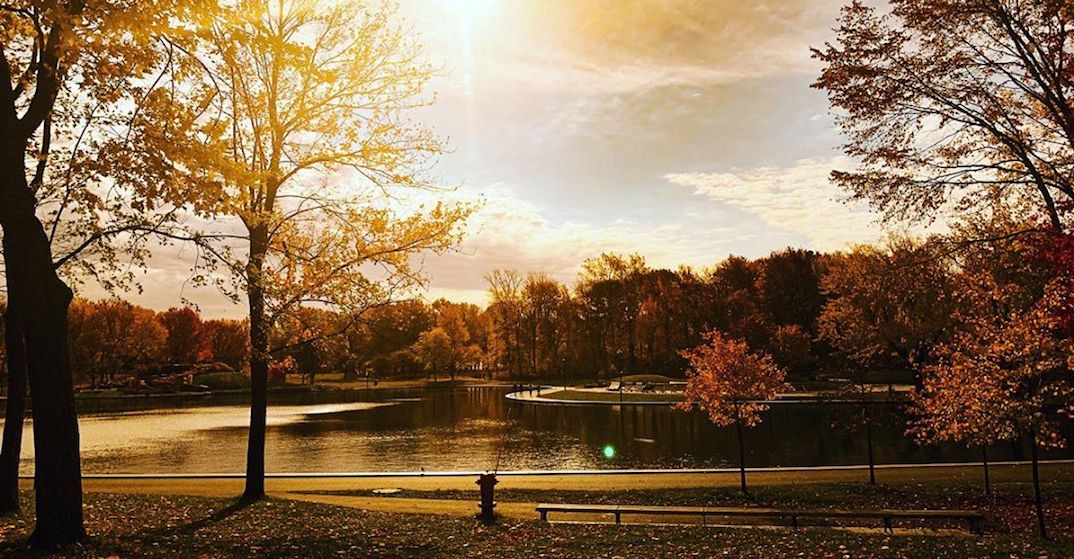 With summer now in the rearview mirror, primetime fall weather is upon us. If you’re on the hunt for things to do in Montreal this October, we’ve got you covered.

There’s concerts, the Habs returning, dinosaurs, giants, and a little bit of everything else in between.

Sweater weather, pumpkin spice lattes, and beautiful Quebec fall foliage — autumn is beautiful. Especially when there are a bunch of things to do.

The full-size Osheaga festival that fans are accustomed to won’t return to Montreal but a slimmed-down edition will kick off the new month.

The festival will take place rain or shine.

After their impressive 2020 Stanley Cup run, the Montreal Canadiens kick off the 2021-22 NHL season in October.

They’ll get two at-home exhibition games out of the way versus the Ottawa Senators before the team’s official home opener on October 16 against the New York Rangers.

They’ll also host the San Jose Sharks, the pesky Carolina Hurricanes, and the Detroit Red Wings at home in October.

Music at the Movies

Like movies themselves, good film scores often stick with us.

Whether it’s the audible impending doom that comes from Jaws’ iconic theme (dun-un dun-un…) or the wonderfully adventurous reprise of Pirates of the Caribbean, music can turn a good picture into a great one.

Lucky for Montrealers, the magic sounds of film will be making their way to the stage at Place des Arts next month in a production called Music at the movies.

The concert presented by the FILMHarmonic Orchestra and GFN Productions will feature live renditions of scores from iconic films like Gladiator, Schindler’s List, Downton Abbey, and more.

Montreal’s Botanical Garden will continue to shine bright with hundreds of illuminated lanterns throughout October.

The outdoor festival will offer a “brand new journey,” says the Espace pour la vie website, focusing on this year’s theme, “An ode to the Moon.”

Remember what live concerts at the Bell Centre were like?

Because Enrique Iglesias and Ricky Martin will be performing together during a show this month.

October is the last month to take in AURA, one of the Old Port’s most popular and beautiful events.

If the constant buzz of the big city is a bit draining, trade in your slacks and button-up shirt for a straw hat and overalls.

Take a quick drive out to Île-Perrot and enjoy a variety of farmyard activities at Quinn Farm, including apple, pumpkin, and corn picking, tractor and wagon rides, a petting zoo, corn mazes, and more.

Open from 10 am to 4 pm 7 days a week, admission to La Ferme Quinn is just $5 and gives you access to all of the farm’s amenities.

Slumbering giants have awoken at the top of Mont Tremblant, and a mountainside tour will allow you to go search for them.

Featuring a night-time walk lit up by Quebec’s Moment Factory, the tree is full of sights and sounds that will transport you to a mythical adventure. 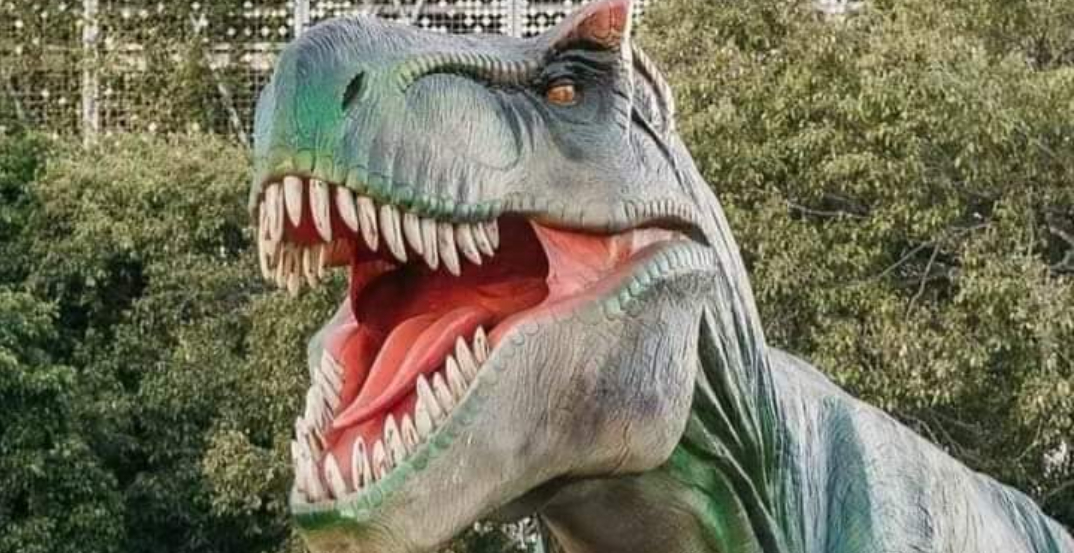 Dinosaurs roamed the Earth 66 million years ago, and they will again in October.

Jurassic Fest Montreal is roaring its way to the Quartier DIX30 in October and will feature a variety of life-size dinosaur species, including the 20-metre Mamenchisaurus, 15-metre Tyrannosaurus Rex, and the 10-metre Triceratops.

The site will also have a fossil display and excavation, play area, inflatables, amusement rides, and photo-ops with the giant beasts.

Plus, these bad boys will be animatronic, meaning their tails will swing, their jaws will move, and the T-Rex will even roar.

‘Tis the season of good frights and cheap thrills, and what better way to celebrate that than going to one of Montreal’s premier escape rooms?

Find the Key is the perfect spot for a one-of-a-kind group activity and can be found in the downtown area. The facility contains four unique escape rooms and experiences that you and your group can participate in: The Unknown, Insomnium, The Cabin in the Woods, and Haunted Pirate Ship.

Of all the rooms, only The Unknown comes with an age warning and disclaimer. The experience has been described as “an escape room that turns into a nightmare.” It also holds the smallest guest capacity (2-4).

Montreal is home to the Barbie Expo, the largest permanent collection of Barbie dolls in the world.

Guests have the chance to see and snap pics of over 1,000 one-of-a-kind Barbie dolls, all dressed by the city’s leading fashion designers.

Juan Luis Londoño Arias, known professionally as Maluma, is a Colombian singer and songwriter and he’ll be rocking out the Bell Centre near the end of the month.

After a one-year hiatus, La Ronde is bringing Fright Fest back throughout the month of October.

This year’s edition, which kicks off on October 2, will feature fan-favourite haunted attractions with some new spooky surprises sprinkled in.

Haunted Montreal has you covered with their series of paranormal tours that you can take part in across the city. Haunted Montreal conducts weekly ghost walks, paranormal investigations, and haunted pub crawls in neighbourhoods like Griffintown and the Old Port.

Among their most popular tours is Haunted Downtown, an event that brings willing participants to haunted bars, abandoned graveyards, and hotels “rife with paranormal activity.”