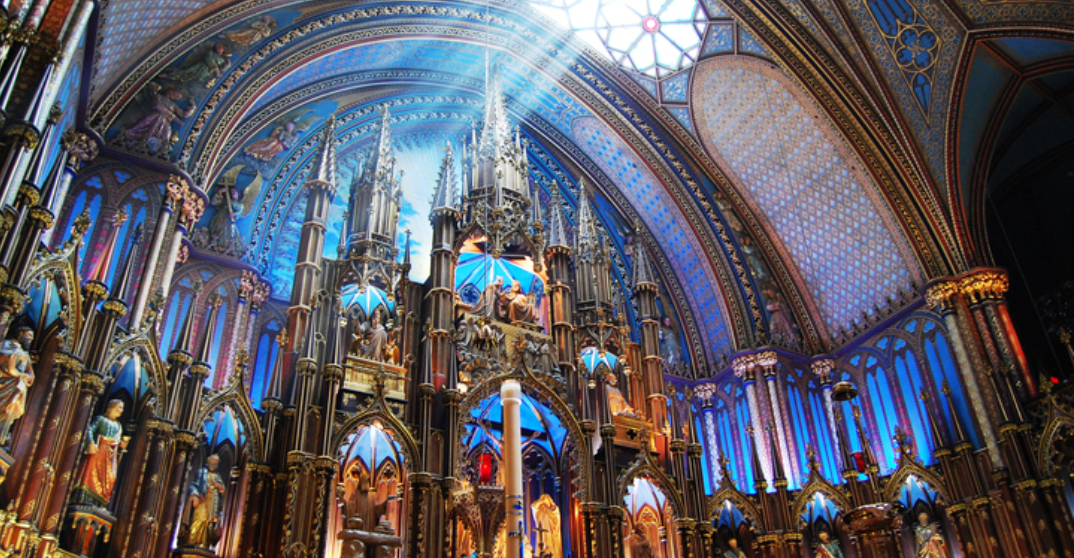 A popular event has returned to one of Montreal’s most historic buildings.

The Notre-Dame Basilica has just announced the return of AURA, an immersive light show presented by Moment Factory.

AURA was created in part with Montreal’s 375th-anniversary celebration. The first of over 1,3000 shows was performed back in 2017. The spectacle has brought in more than 650,000 spectators from 137 countries into the doors of the basilica.

The updated version of the spectacle celebrates the materials and colours of Notre-Dame. New musical accompaniment has also been added for the purpose of showing off the Basilica’s 7,000 pipe Casavant organ, which has been in operation since 1891.

You are guaranteed an incredible view no matter where you sit as AURA’s visuals will be projected onto the Basilica’s walls, vaulted ceiling, and altarpiece.

To purchase tickets or learn more about the event, click here.