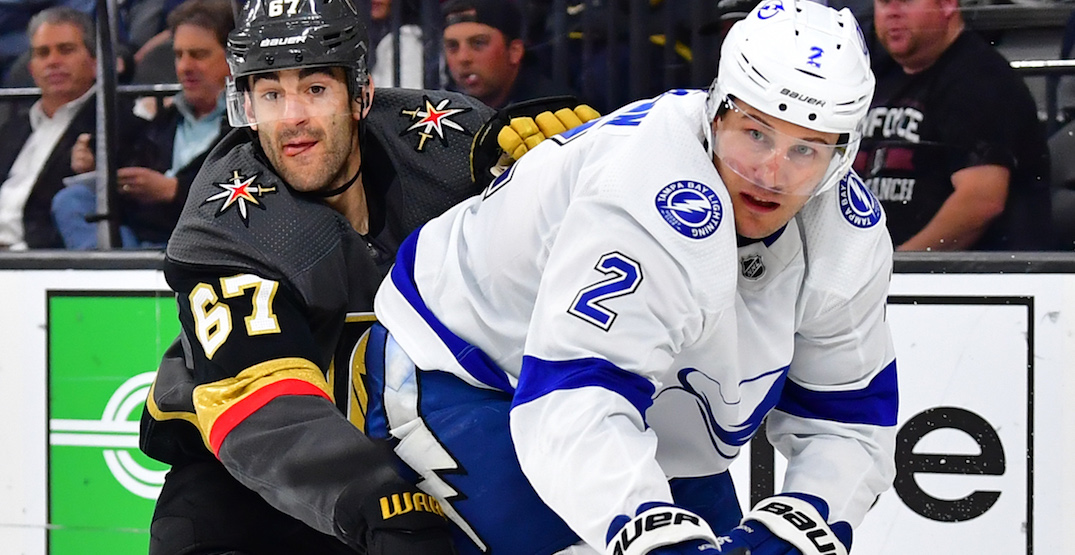 Jim Benning said he would be aggressive, but I’m not sure anyone expected him to be this busy.

The Vancouver Canucks general manager has completely remodelled his team in less than a week, beginning with last week’s blockbuster trade with the Arizona Coyotes, and followed up with cap-clearing moves to buy out Jake Virtanen and Braden Holtby, and trading Nate Schmidt to Winnipeg.

Benning made a flurry of moves on the first day of free agency today, most notably inking Travis Hamonic and Tucker Poolman on defence, Jaroslav Halak in goal, and Brandon Sutter on forward.

Aside from signing those four players, the Canucks announced the signing of 12 more depth players, with some likely to start in Vancouver and others destined for Abbotsford, including the re-signing of forward Justin Bailey to a one-year, two-way contract. The Abbotsford Canucks promise to be a very strong team next season, with a number of players with NHL experience likely to suit up for the new AHL team.

And if that wasn’t enough, the Canucks also announced the signing of second-round draft pick Danila Klimovich to a three-year entry-level contract.

Add it all up, and the Canucks announced the signing of 17 new contracts today.

Luke Schenn is back, as the Canucks signed the free agent defenceman to a two-year contract worth $850,000 per season. The 31-year-old blueliner had a successful 18-game stint with the Canucks in 2018-19, before leaving for Tampa Bay, where he was a depth player on back-to-back Stanley Cup championship teams.

Dowling has flourished mostly as an AHL player during his pro career, but the Calgary native spent the entirety of last season in the NHL with the Dallas Stars, scoring five points (1-4-5) in 27 games. The 5-foot-10 forward signed a two-year deal worth $750,000.

Hunt is a native of Maple Ridge with 191 games of NHL experience with the Minnesota Wild, Vegas Golden Knights, Nashville Predators, St. Louis Blues, and Edmonton Oilers. An undersized, offensive-minded blueliner, Hunt scored a career-high 19 points (8-11-19) in 59 games with the Wild in 2019-20. The 5-foot-9 defenceman added one goal and no assists in just 12 games with Minnesota last season. His contract is a one-year deal worth $800,000.

Keeper signed a two-year contract that will pay him $762,000 per season. The 6-foot-2 defenceman has just two games of NHL experience, as he only made his pro debut two years ago after leaving the University of Maine. Keeper scored 18 points (6-12-18) and added 108 penalty minutes in his first AHL season in 2019-20.

The Cross Lake, Manitoba product is the first person from the Pimicikamak Cree Nation to play an NHL game.

The Abbotsford Canucks could be a very strong team in their first season in the Fraser Valley.

Five of the seven players have NHL experience, and three of them are BC born. All players signed one-year deals, with the exception of Burroughs, who inked a two-year contract.

Petan, 26, may be the most well-known player on the list. The Delta native has 136 games of NHL experience with the Winnipeg Jets and Toronto Maple Leafs. The 5-foot-9 centre was a star in junior and has piled up points in the AHL, but so far hasn’t been able to do it consistently in the NHL. The move to the Canucks organization is not only a homecoming for Petan, it reunites him with Travis Green, who was his coach when he starred with the Portland Winterhawks.

A Vancouver native, Burroughs is a 6-foot defenceman who played the first five NHL games of his career last year with the Colorado Avalanche. The 26-year-old played five years in the AHL prior to last season.

Dries, 27, is a 5-foot-9 centre from Michigan. He has 48 games of NHL experience with Colorado, but has been primarily an AHL player since leaving Western Michigan University in 2017.

Rempal, 25, is a 5-foot-10 right winger from Calgary. He has 10 games of NHL experience with Carolina and Los Angeles, but has played mostly in the AHL since leaving Clarkson University in 2018.

Stephens is a 24-year-old defenceman from White Rock who split his time between the ACHL and ECHL since turning pro in 2017.