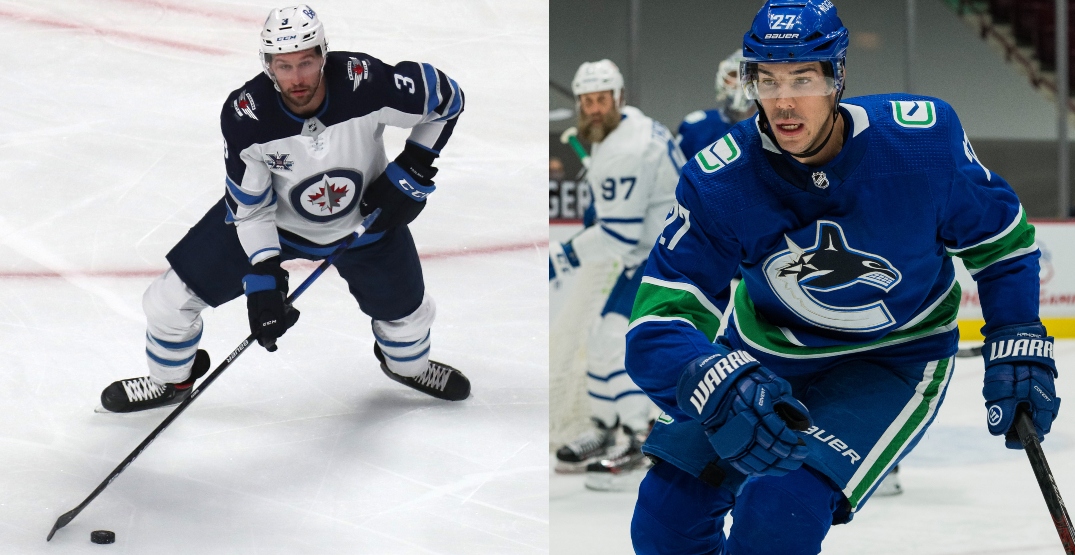 Jim Benning’s not slowing down.

It’s full speed ahead for the Vancouver Canucks general manager, who has been aggressive as promised in the last week.

The Canucks are signing a pair of free agent right-shot defencemen, in re-signing Travis Hamonic and adding Tucker Poolman from the Winnipeg Jets. That’s in addition to re-signing Brandon Sutter and adding goaltender Jaroslav Halak this morning.

Hamonic’s deal is a two-year contract worth $3 million per season, the Canucks announced.

Welcome back Hammer!#Canucks GM Jim Benning announced that the club has re-signed defenceman Travis Hamonic to a two-year contract worth an average annual value of $3 million.

Poolman has signed a four-year deal worth $2.5 million per season.

#Canucks GM Jim Benning announced today that the club has signed defenceman Tucker Poolman to a four-year contract with an annual average salary of $2.5 million.

Poolman is a 28-year-old depth defenceman that has spent his entire career in the Winnipeg Jets organization. The 6-foot-2, 199-pound blueliner contributed no goals and just one assist in 39 games last season, but had 16 points (4-12-16) in 2019-20 — his first full season in the NHL.

The Dubuque, Iowa native was fourth in average ice time (18:18) on the Jets last season, and contributed on the team’s penalty kill.

Hamonic, 30, fit in well in his first season in Vancouver, pairing with Quinn Hughes on defence. He’s getting a raise on the bargain contract he signed in January.