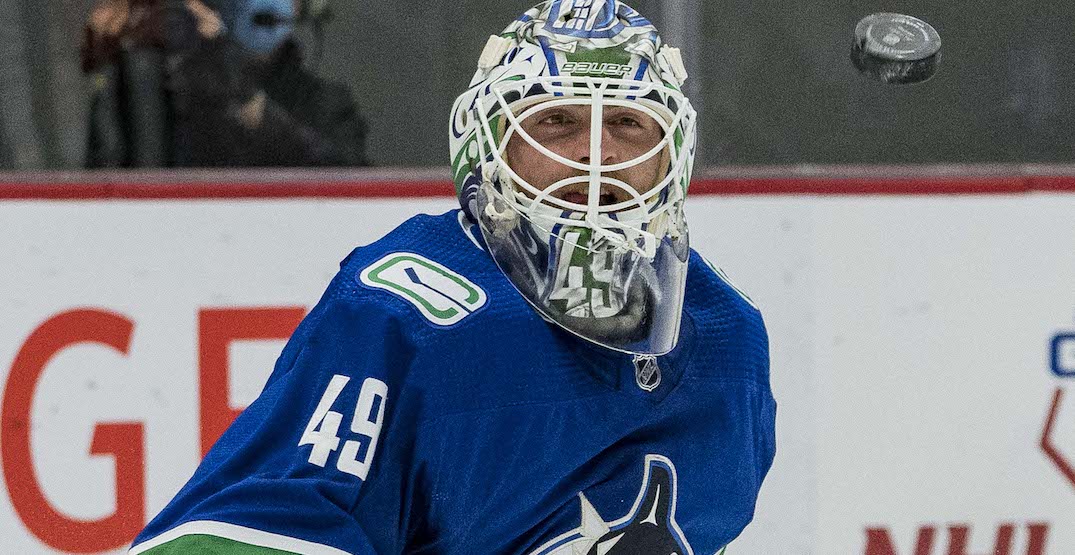 The Vancouver Canucks are buying out a second player this offseason.

After cutting ties with Jake Virtanen on the weekend, Jim Benning is getting rid of another inefficient contract. The Canucks will buy out goaltender Braden Holtby, as the team confirmed that the former Vezina Trophy winner has been placed on unconditional waivers.

Canucks GM Jim Benning has confirmed today that Braden Holtby has been placed on unconditional waivers for the purposes of a buyout.

Holtby’s contract carried a $4.3 million cap hit, but he was due to make $5.7 million next season on a backloaded deal.

The buyout gives Benning a lot more breathing room this season, but the team will be penalized for it next year. Holtby will count just $500,000 against the cap next season, but the Canucks will be hit with a $1.9 million cap hit in 2022-23.

Holtby had a disappointing first season in Vancouver, posting a .889 save percentage as Thatcher Demko’s backup.

With free agency opening tomorrow, the Canucks are targeting goaltender Jaroslav Halak according to a report from TSN’s Pierre LeBrun. The Canucks would be wise to search for a netminder on a one-year deal, with the hopes that Michael DiPietro could elevate to an NHL backup role in 2022-23.

Canucks have to replace Holtby now. Hearing that pending UFA goalie Jaroslav Halak in among Vancouver's shortlist of targets@TSNHockey @TheAthletic

The Canucks currently have over $21 million in cap space, according to CapFriendly, but that will be eaten up quickly, as they still need to re-sign restricted free agents Elias Pettersson, Quinn Hughes, Conor Garland, and Jason Dickinson. They also need to add to their defence, as they have just four NHL blueliners under contract for next season.

The next player to keep an eye on is Nate Schmidt, a player who makes $5.95 million, and Benning said trade interest was “very high” on.