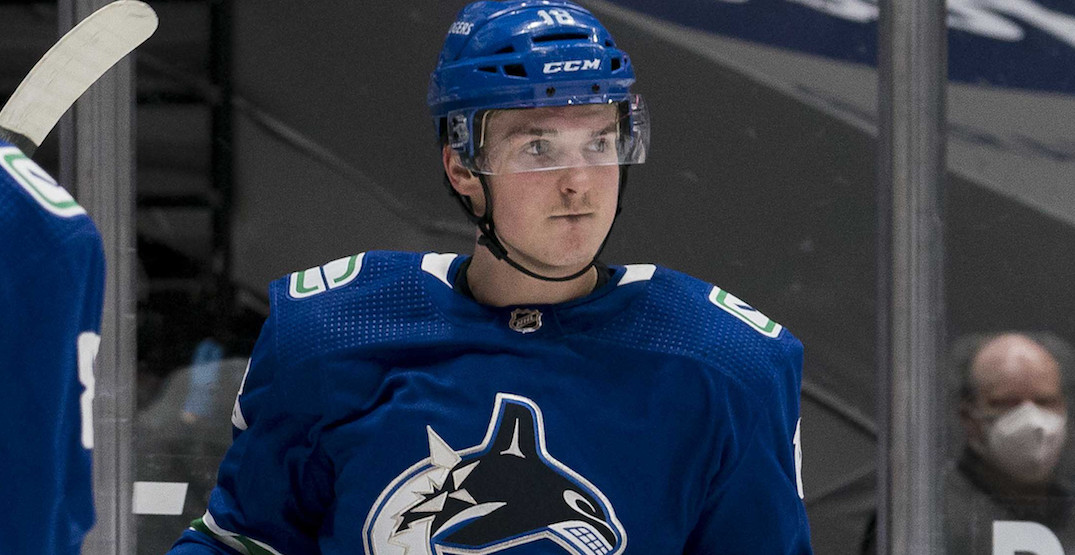 Jake Virtanen’s time with the Vancouver Canucks has come to an end.

The 24-year-old Abbotsford native has been placed on unconditional waivers for the purposes of a buyout, the Canucks confirmed on Sunday. After he goes unclaimed, Virtanen will be bought out of the final year of his contract, which carried a $2.55 million cap hit. He was due to make $3.4 million in real dollars.

Canucks GM Jim Benning has confirmed today that Jake Virtanen has been placed on unconditional waivers for the purposes of a buyout.

Virtanen has been on leave from the team since May 1, after sexual misconduct allegations against him first became public.

The power forward was having a dreadful season prior to that, scoring just five goals and no assists in 38 games.

Virtanen never lived up to his potential, after being picked sixth overall by Vancouver in 2014. He has 100 points in 317 career games, spent entirely with the Canucks.

The move to buy out Virtanen frees up much-needed cap space, as the Canucks still need to re-sign restricted free agents in Elias Pettersson and Quinn Hughes, as well as new acquisitions in Conor Garland and Jason Dickinson.