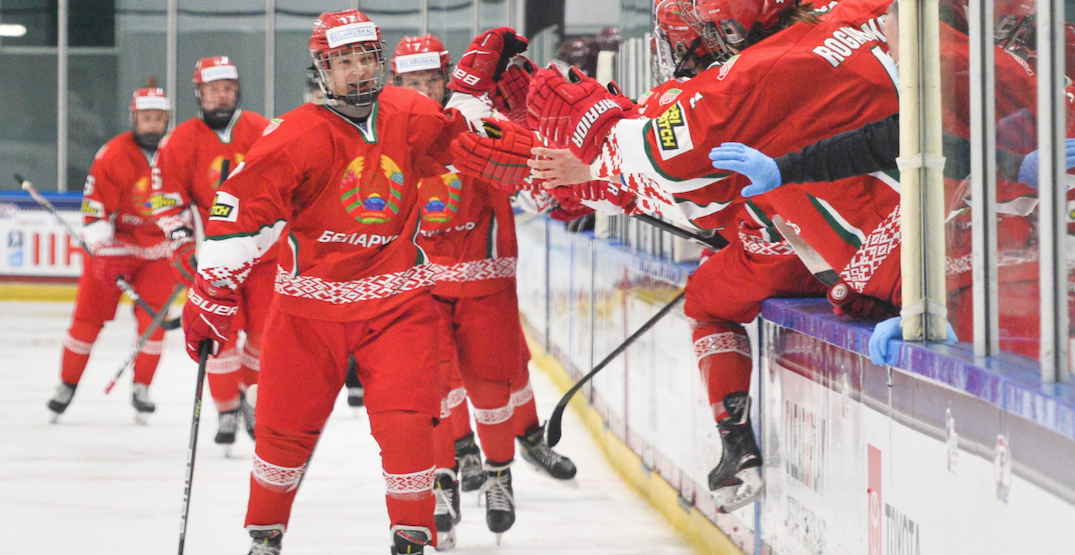 After going without a first-round draft pick on Friday, the Vancouver Canucks didn’t take long to pick on the second day of the 2021 NHL Draft.

The Canucks have picked Belarusian Danila Klimovich with the ninth selection of the second round (41st overall). A 6-foot-2, 202-pound right winger, Klimovich is a highly-skilled player with lots of potential, who scouts say needs to improve his skating.

You know what? I like this pick for the #Canucks. It's a high-upside play on someone with one of the better shots in the class, good hands, high motor, and a physical component. Needs to improve his skating.

Danila Klimovich might have the best puck skill in the draft. Interior-driven attacker who showed some some plus-level instincts and problem solving. Skating needs to improve, and too much runs through his hands. I really like his pure upside, but needs a lot of development. https://t.co/tfbZOyo8T7

Klimovich spent last season in Belarus, scoring 52 points (28-24-52) in 37 games. He scored six goals in five games at the U18 Championships, and also represented Belarus at the World Juniors (no points in three games).

Here’s the scouting report on the 18-year-old, from the EliteProspects 2021 NHL Draft Guide: “Klimovich moves on the first touch and cuts inside on most opponents. He plays his game in between the dots as much as possible, uses teammates, and plays with a hard, and violent energy.”

The Canucks were left without a first-round pick this year after trading the ninth overall selection to the Arizona Coyotes in Friday’s blockbuster trade. It marks the first time in franchise history that the Canucks have gone two years in a row without making a first-round pick.

They also traded away their third-round pick to acquire Jason Dickinson, and moved down from the fourth round to the fifth round to acquire Madison Bowey at the trade deadline.

Vancouver will be busier towards the end of the draft, with five picks in the last three rounds.