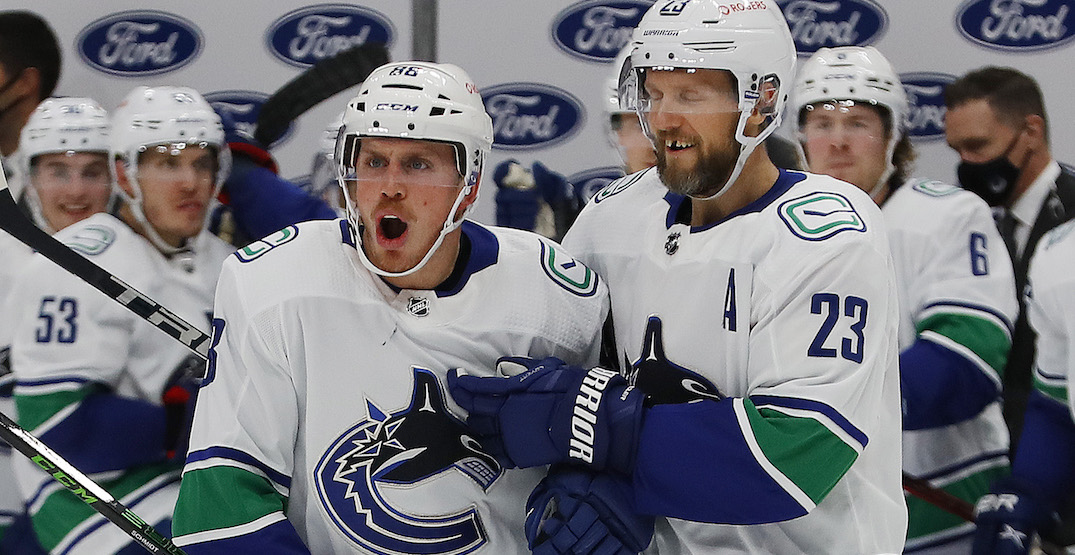 Nate Schmidt has been traded, as the Vancouver Canucks have made yet another move.

The 30-year-old defenceman is off to the Winnipeg Jets in exchange for a third-round pick in 2022.

“We are pleased to regain a third-round pick in next year’s draft as we look to continue strengthening our prospect pool,” said Canucks GM Jim Benning. “We would like to thank Nate for his contributions to our club and we wish him and his family well.”

The move is a salary dump by the Canucks, who needed to clear cap space. Schmidt’s contract has four years left, carrying a $5.95 million cap hit.

Benning is getting the same return (third-round pick) for Schmidt as what he gave up to get him last year. The Canucks didn’t own a second- or third-round pick in next year’s draft prior to the trade.

Schmidt has a modified no-trade clause, but was willing to waive it to go to Winnipeg, which is not far from home for the Minnesota native.

To say Schmidt’s lone season in Vancouver did not go well would be an understatement, as the team struggled and so did he.

After being acquired last offseason from the Vegas Golden Knights, Schmidt had trouble succeeding in both ends of the rink with his new team. He played on the team’s shutdown pair with Alex Edler, and scored just 15 points (5-10-15) in 54 games, which was well behind his production in Vegas.

Consequently, Schmidt reportedly wanted out, and with this deal he gets his wish.

It’s been a busy last week for Benning, who has restructured his team ahead of free agency, which begins tomorrow. Following Friday’s blockbuster trade, the Canucks have bought out Jake Virtanen and Braden Holtby, signed newcomer Conor Garland to a $24.75 million contract, and appear to have the inside track to sign Jaroslav Halak and Luke Schenn in free agency.

The Canucks now have over $30 million in cap space, but have to sign restricted free agents Elias Pettersson, Quinn Hughes, and Jason Dickinson. Benning also needs to add to his defence, as he has only three NHL blueliners under contract at the moment.