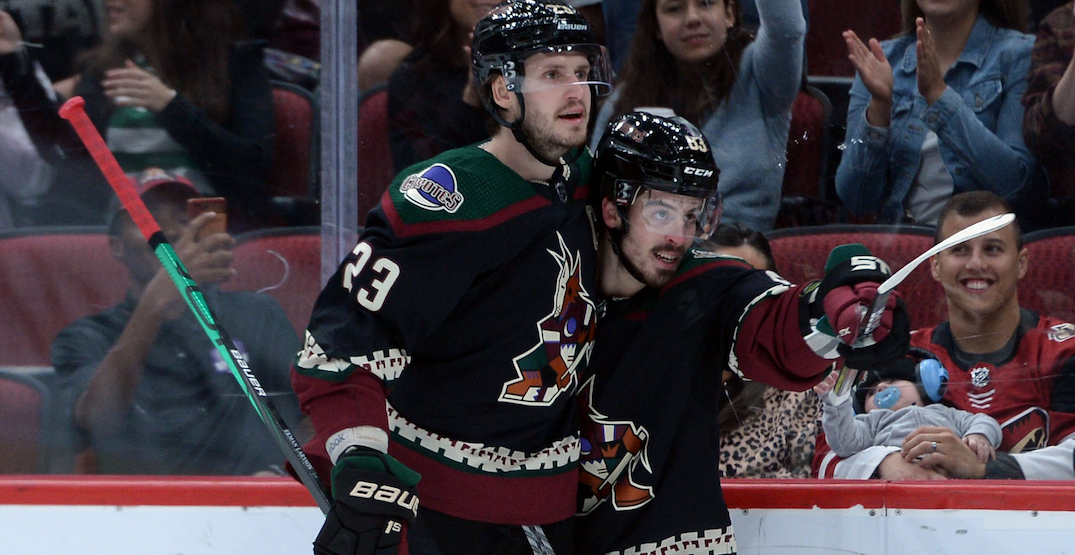 Jim Benning said he would be aggressive this offseason, and he wasn’t kidding.

The Vancouver Canucks GM has made a blockbuster draft day trade with the Arizona Coyotes, with both teams announcing the deal after it was reported earlier in the day.

Loui Eriksson, Jay Beagle, Antoine Roussel, the ninth overall pick in today’s draft, a 2022 second-round pick, and a 2023 seventh-rounder are headed to Arizona, in exchange for defenceman Oliver Ekman-Larsson and winger Conor Garland.

Arizona is reportedly retaining 12% of Ekman-Larsson’s contract, which has six years left at an $8.25M cap hit. That will amount to a $990,000 reduction in his cap hit, which will count $7.26M on the Canucks’ salary cap.

Okay…OEL and Garland for Beagle, Eriksson, Roussel a 1st tonight, a 2nd (next year) and a 7th. ARIZ retains 12 per cent of OEL salary

Huge salary cap implications are involved with the players included in this trade. Eriksson ($6M), Beagle ($3M), and Roussel ($3M) all have anchor contracts, but all three deals have just one year remaining on them.

Ekman-Larsson was once thought of as an elite defenceman, and perhaps he still can be, but his stock has taken a dip in recent years. The 6-foot-2, 200-pound Swedish blueliner turned 30 years old last week. The Coyotes captain scored 24 points (3-21-24) in 46 games last season, but played just 20:58 per game — ranking third among Arizona blueliners. That’s the lowest time on ice Ekman-Larsson has averaged since his rookie year in 2010-11.

Garland, 25, is a restricted free agent winger who scored 39 points (12-27-39) in 49 games last season. He should slot into a top-six forward role, which the Canucks need.