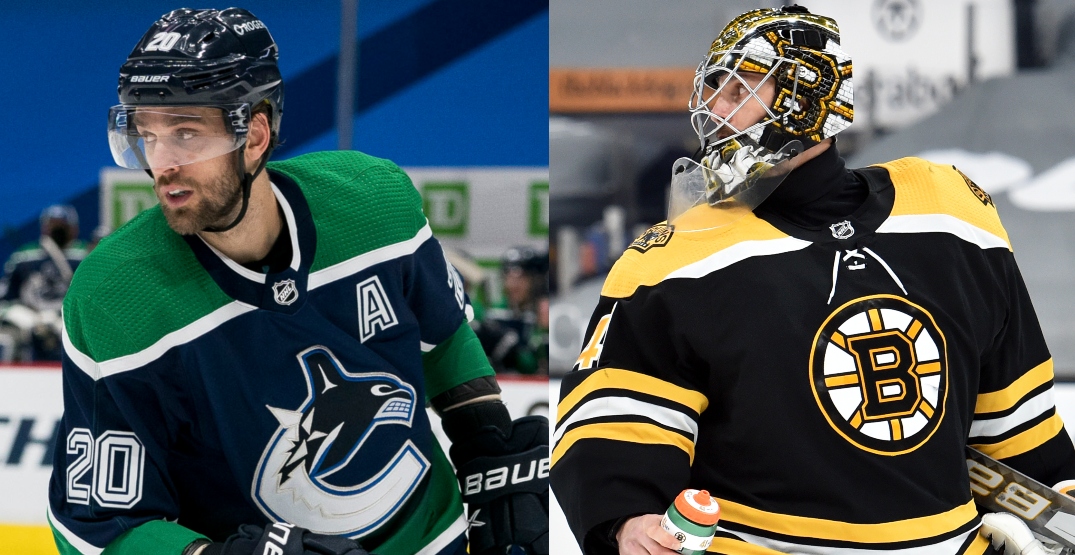 The Vancouver Canucks are poised to sign a pair of players at the start of free agency.

Brandon Sutter is returning to the team but at a reduced rate from his previous contract. The new contract is a one-year deal worth $1.125 million, the Canucks announced.

Welcome back Suttsy!#Canucks GM Jim Benning announced that the club has re-signed forward Brandon Sutter to a one-year contract worth an average annual value of $1.125 million.

Sutter, who just completed a five-year deal worth $4.375 million per season, has been criticized heavily for not living up to his contract during his time in Vancouver by fans in media. That narrative should change as the 32-year-old slots into a fourth-line role. Sutter will also help kill penalties and win faceoffs.

Sutter has 770 games of NHL experience and scored 12 points (9-3-12) last season. As an assistant captain, the Alberta product is also valued as a leader in the dressing room.

The other free agent signing is Jaroslav Halak. The 36-year-old Slovakian has signed a $1.5 million contract to replace Braden Holtby as Vancouver’s backup goaltender. The deal also includes $1.5 million in potential performance bonuses.

#Canucks GM Jim Benning announced today that the club has signed goaltender Jaroslav Halak to a one-year contract that includes $1.5 million in salary and $1.5 million in performance bonus eligibility.