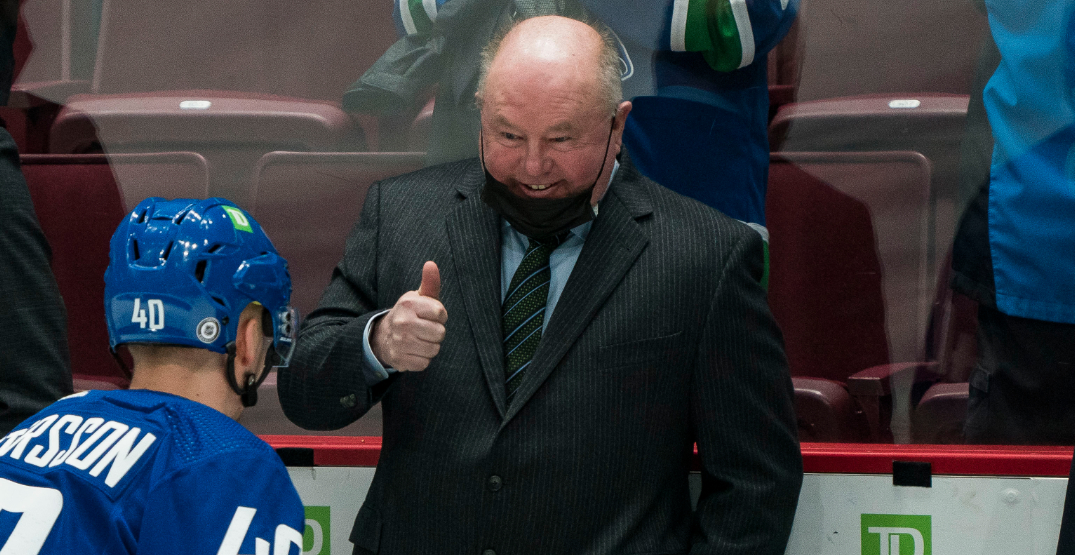 It’s game day for the Vancouver Canucks for the first time in a while, and head coach Bruce Boudreau has the chance to chase history.

Boudreau can become just the sixth coach in NHL to start 7-0-0 with a new team after a near two-week layoff.

The Canucks will return to action today against the Anaheim Ducks — Vancouver’s first game since a 5-2 win against the San Jose Sharks on December 16 — and Boudreau extended his franchise-best mark to begin a head coaching stint with the Canucks in the affair, pushing his winning streak to six straight with the victorious result.

With the @Canucks defeating the Sharks 5-2 on Thursday night to give them a 6th consecutive win since making a head coaching change, here is a look at the stark contrast in their per game numbers over 6 contests under Bruce Boudreau (as opposed to the first 25 under Travis Green) pic.twitter.com/YtNkGVh62H

He can tie Ward and Lemaire for most wins to start with a new team, and can also tie Roger Nielson (5-0-2) for most games earning at least a point to start a Canucks’ coaching tenure.

Boudreau signed on as Canucks coach on December 5, and has been a fan favourite ever since. He’s got his own song, t-shirt, and most importantly, that 6-0 record behind the bench that has seen his team outscore opponents 22-10 during that span,

Oh. He also became a Cameo star over that break, too.

The Canucks were originally scheduled to return Monday against the Seattle Kraken, but that game was postponed among a host of games within Canada’s borders that are to be rescheduled.

In all, five Canucks games were postponed and are to be rescheduled.

Vancouver will also be at 50% capacity when the team returns to Rogers Arena.