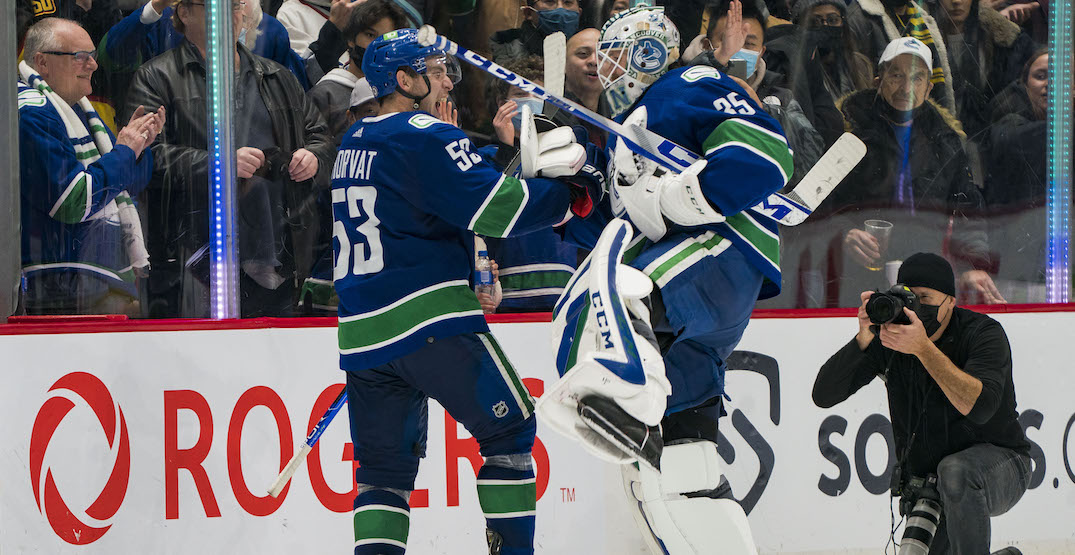 It’s been a long time since the Vancouver Canucks weren’t bad defensively.

You’d have to hop in your time capsule and go back to the 2013-14 season under John Tortorella.

That was the last time the Canucks finished above 15th for even-strength goals allowed. They were 13th that season, allowing 2.12 goals per-60.

The last time Vancouver finished top-10 in terms of even-strength goals against was back in 2011-12. Their 2.06 goals against was sixth-best in the NHL, and they accomplished that en route to a Presidents’ Trophy.

No one is confusing the 2020-21 Canucks with a Presidents’ Trophy-winning team, but there’s one area where the current Canucks are better than the 2011-12 squad.

This season, the Canucks have the second-best five-on-five goals-against rate in the NHL. 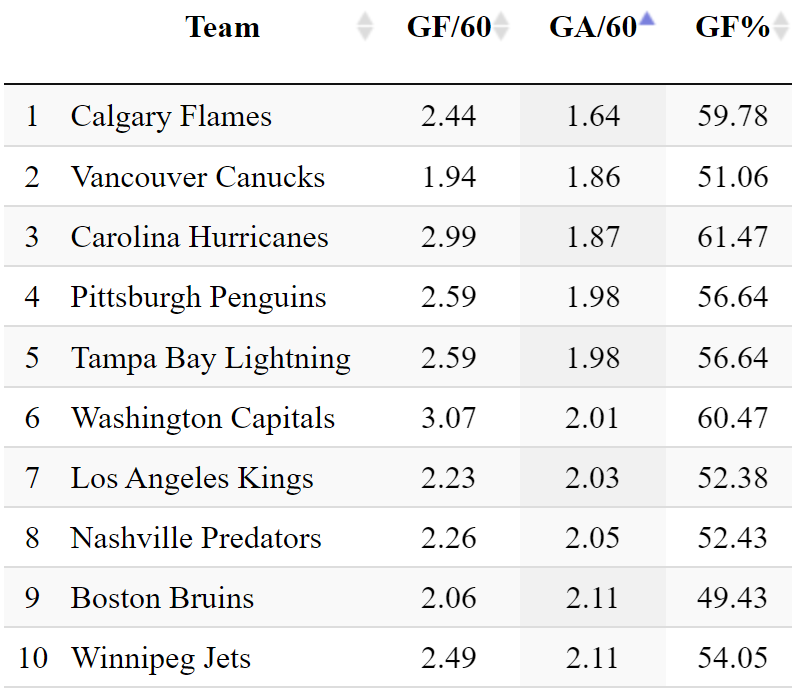 Their success at preventing five-on-five goals should come as a massive surprise, especially considering where they’ve ranked in this category over the past five years.

Last season, the Canucks ranked dead last in a number of categories that showcase a team’s success at five-on-five, including Corsi-against, expected goals-against and scoring chances-against.

If they weren’t last, they were bottom-five in almost every other category that measures defensive metrics.

That’s why their improvement this season could be classified as surprising.

While those numbers scream “league average defence,” those statistics paint the Canucks top-four defenders in a more favourable light.

Oliver Ekman-Larsson, Tyler Myers, Quinn Hughes, and Tucker Poolman are all above the team average in terms of Corsi-against and expected goals-against.

Ekman-Larsson in particular has been effective at limiting chances in his own end. While his lack of offensive production is problematic, he leads all Canucks defencemen in expected goals against and scoring chances against. That’s noteworthy since he also draws the toughest matchups when he’s in the lineup.

Despite massive improvements on the blue line, Thatcher Demko is the biggest reason why the Canucks have completely turned around their defensive success at even strength.

While are a middle-of-the-pack team defensively, they have the second-best even-strength save percentage in the NHL at .940, trailing only the Calgary Flames (.941).

Unsurprisingly, Demko is one of the league’s best netminders at five-on-five. His .939 even-strength save percentage puts him in a four-way tie for seventh overall, and fourth overall among starters.

As you see above, Jaroslav Halak’s even strength numbers are even better than Demko’s. That has flown under the radar, in large part due to the fact that he just registered his first win of the season two weeks ago.

In fairness to Halak, he has faced a tougher workload than Demko.

Among 65 goaltenders to appear in at least five games this season, Halak has faced the ninth-most high danger shots against per 60 minutes. Demko ranks 29th in that category.

How coaching has impacted the defence

With only six games under his belt, it’s too early to judge Bruce Boudreau’s overall impact on the defence. However, the early numbers suggest the team is slightly worse defensively, ranking bottom-10 in both Corsi-against and scoring chances-against.

To Travis Green’s credit, he did have this team playing better defensively this season. The problem with that, was that tweaks to the defence impacted the effectiveness of his offence.

It’s also worth noting that Boudreau hasn’t had a fully healthy defence since taking over, as Ekman-Larsson, Poolman, Travis Hamonic, Kyle Burroughs, and Luke Schenn have all missed time during his brief stint as head coach.

Demko has helped cover up the patchwork defence by stopping 162 of 169 shots (.959 save percentage) since Boudreau took over the team.