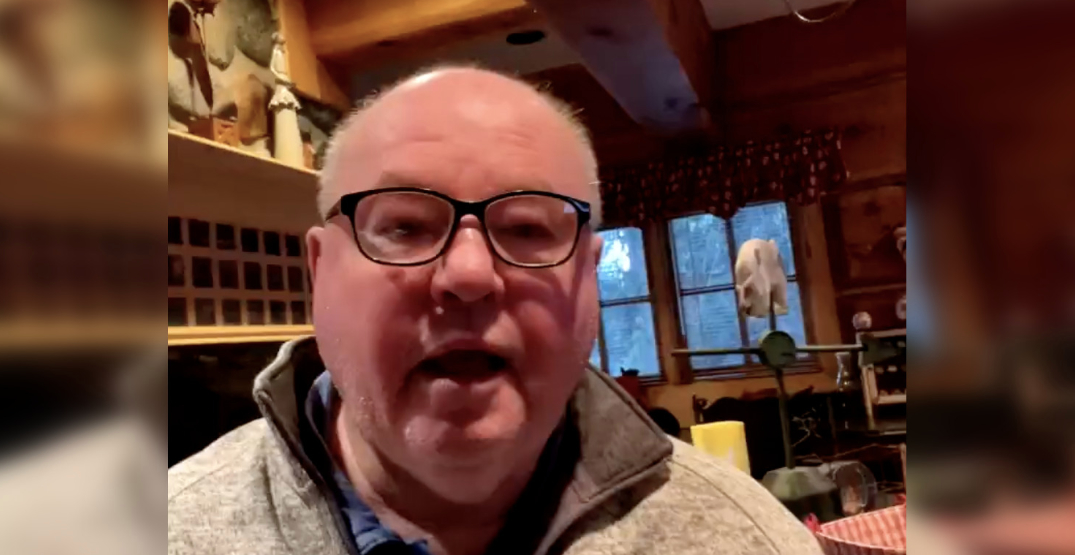 The Vancouver Canucks haven’t been in action since December 16, and that’s left head coach Bruce Boudreau some time on his hands.

So he’s using it to spread some holiday cheer.

Via Cameo, no less.

Boudreau took to the personal video website to deliver a special holiday message to Canucks fans.

“Hey all you Canucks fans, this is Bruce Boudreau here,” he starts in a message. “Let’s kick some ass in 2022. We’re just starting to get going. 6-0 might be okay but 10-0 is better and the more we win, the quicker we jump up in the standings, and that’s what we want to do.

“So you guys have a great Christmas out there and we’ll see you down the road.”

Boudreau signed on as coach on December 5, and has been a fan favourite ever since. He’s got his own song, t-shirt, and most importantly, a 6-0 record behind the bench.

But his whirlwind December hasn’t stopped the 66-year-old from having the side hustle.

And he’s already smashed that record button a few times.

Let the hilarity ensue with his latest.

Hail following! It is a Merry Peteymas and we wish you all the very best over the holidays and New Year! The wonderful Coach Boudreau has sent us a message and blessing for the new year!
Have love filled holidays each and everyone!#BruceThereItIs#Canucks#ChurchOfPettersson pic.twitter.com/4DBYIEG7r0

Cameo allows users to “access thousands of celebrities and request a personalized video message for any occasion,” according to its website, and includes many high-profile actors and sports figures.

For $64 CAD, Boudreau will deliver a personal message to you or someone you know. For a heftier $448 CAD, he’ll send an engaging video for your company, customers, or employees.

His time, hopefully, will be limited.

After the lengthy layoff due to several postponements related to COVID-19 protocols, the Canucks are scheduled to play at the Anaheim Ducks on Wednesday before finishing a back-to-back set at the Los Angeles Kings on Thursday.

Here’s hoping Boudreau can spread some more holiday cheer by getting back behind the bench.