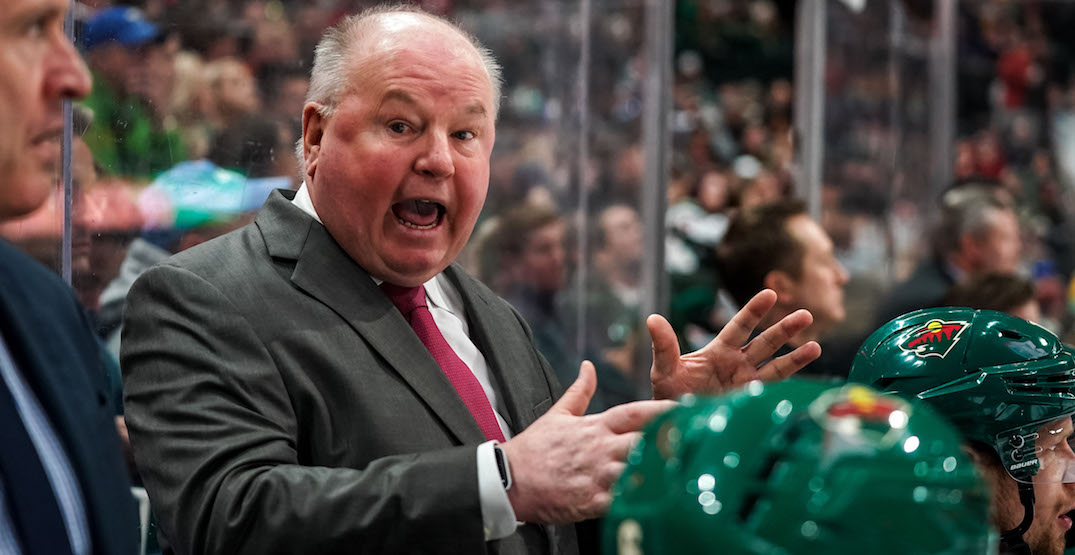 Bruce Boudreau is set to become the next head coach of the Vancouver Canucks, with the Travis Green era coming to an end.

Sportsnet’s Elliotte Friedman first reported the news of Boudreau taking over the Canucks’ job from Green on Sunday.

Not sure on exact timelines, but change was made sometime today. Not sure when official announcement will be made.

However, it’s not exactly clear when the change is happening, as nothing official has been announced. The Canucks are set to play the Los Angeles Kings tomorrow night at 7 pm, their second of six home games in a row.

The Canucks currently sit in last-place in the eight-team Pacific Division, with an 8-15-2 record so far this season after a 4-1 loss to the Pittsburgh Penguins on Saturday night.

Boudreau also won the Jack Adams Award as Coach of the Year in the 2007-08 season, his first year as an NHL bench boss while working for Washington.

Green first took the Canucks job in the 2017-18 season. Assuming he’s coached his last game in Vancouver, Green finishes his tenure with the team having coached 314 games, for a record of 133-147-34.