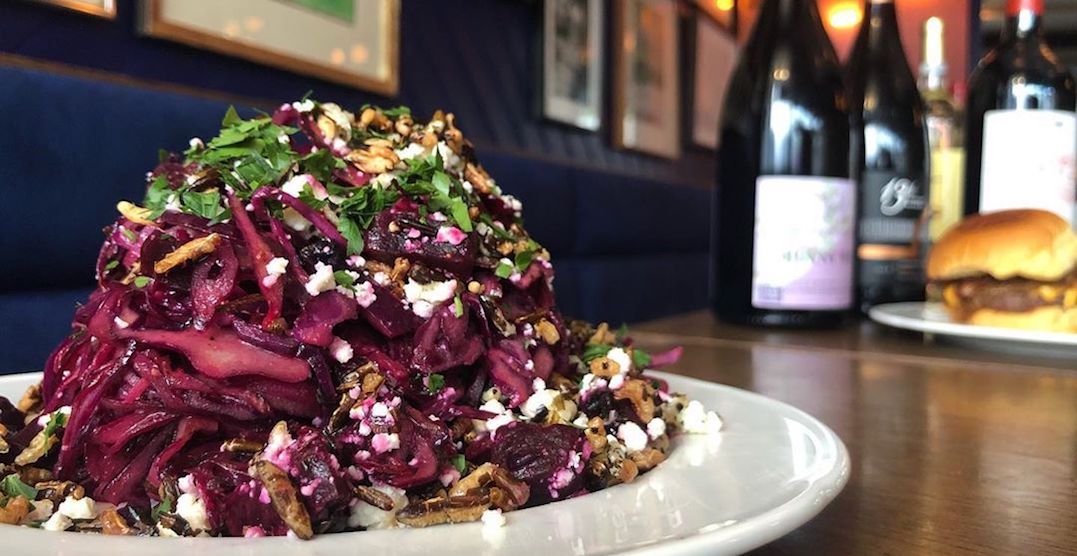 Burgers — with a Beyond Meat option — plus wings, fries, salads, popcorn shrimp, and more are on offer at BAR*Q, the new mostly-burger joint that BARQUE’s Butcher Bar has been converted into. Stop in for a juicy handheld made from premium cuts of beef, plus a cold beer to wash it all down.

While some are still licking the wound that the closures of Rose and Sons and Big Crow left behind, chef Anthony Rose has already moved on to new things.

The restauranteur and all-around food person has replaced his old establishments with a new spot called The Grand Elvis. And to say that it does indeed look grand is an understatement.

The menu is speckled with comforting eats like burgers, ricotta dumplings and country ham grilled pizza, plus upscale options including wild boar, octopus, and mussels.

While some people easily find their Christmas cheer, others struggle to feel merry and bright during the holiday season. Miracle gets it. That’s the magic.

Inspired by quirky office Christmas parties, the halls will be decked with kitschy Christmas decor. Guests are encouraged to dress in their most festive gear as they sip on seasonal cocktails, so you can take this opportunity to dig out your most cringey Christmas sweater and reindeer head-gear.