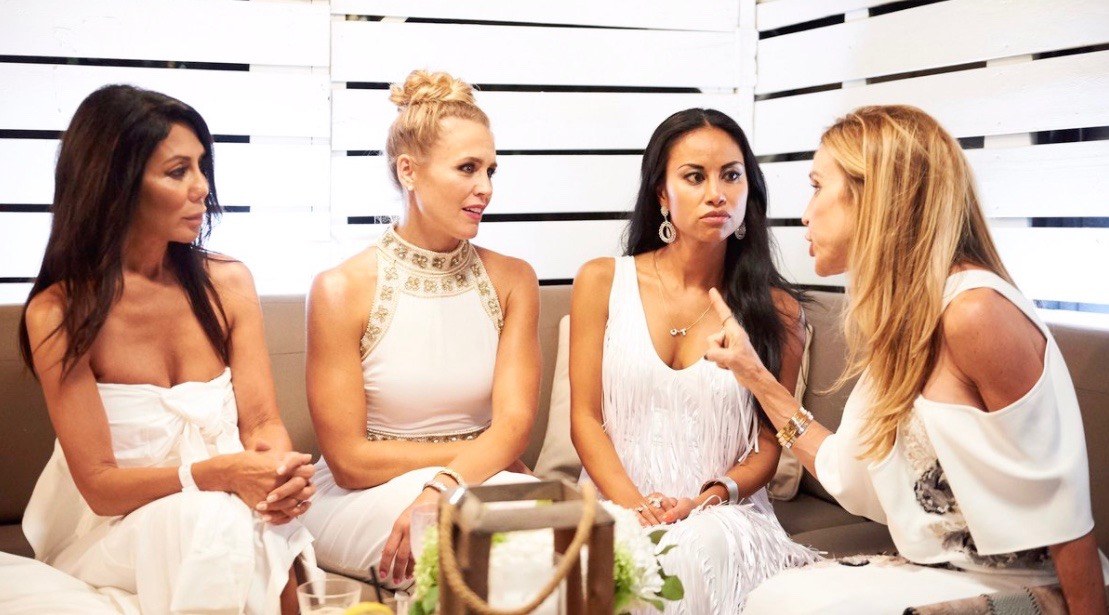 Extra! Extra! Some major baloney went down this week on The Real Housewives of Toronto so hold onto your butts and read all about it!

Jana went on her first date since her divorce and we couldn’t have been prouder! Buddy seemed really cool too but like most metro guys in Toronto, you may wear a deep V and a gold chain but you can’t hide the fact that you all sound like Rick Moranis – which ruins the whole thing. But that’s cool! The pair had a good time and although love was not in the cards there are plenty more fish in Lake Ontario for Jana. Gurl ain’t settling for no piece of bass, she deserves a TROUT ya’ll!

Oh and then a little thing happened called: KARA GOT SERVED!!! The line has been pushed all season but Kara finally stepped over it when she verbally assaulted Joan during lunch at Gusto 101. They may have excellent pasta but back bones were not on the menu as Joan folded like a lawn chair against the cray-cray Goliath, Kara, who still can’t get over ‘panty gate 2017’. Joan might have had apps but she DID NOT stay for ‘zerts when Kara started threatening that flames would shoot out of her nostrils if confronted any further (for the record, we believe her).

Joan left the restaurant visually shaken and while the rest of the cast rallied around her, Kara turned to her husband Graham for support who basically said what we were all thinking… Who cares? Well, Kara cares! Kara cares a lot that people had fun at a dinner party she threw months ago but it wasn’t the type of fun she expected. GAWD GRAHAM, WHY DON’T YOU GET IT?!

Later that night was Grego’s white party and Kara should have been like the classic Alanis Morissette song “Uninvited” because she straight up brought all the noise and none of the funk with her. Needless the say, the ladies were surprised that Kara decided to show face at all and did that great thing where someone you don’t like walks into a room so you chug a huge sip of wine and look at the ceiling. However, subtlety does nothing to combat a woman who regularly wears bird features as an outfit so it’s finally Judge Jana who sentences Kara to a finger wag and an earful of hard truths. Kara of course, denies all the bad things we’ve actually heard her say and for a moment Jana, Grego and Ann are speechless. Is Kara like that other classic Alanis Morissette song, “Crazy”?! 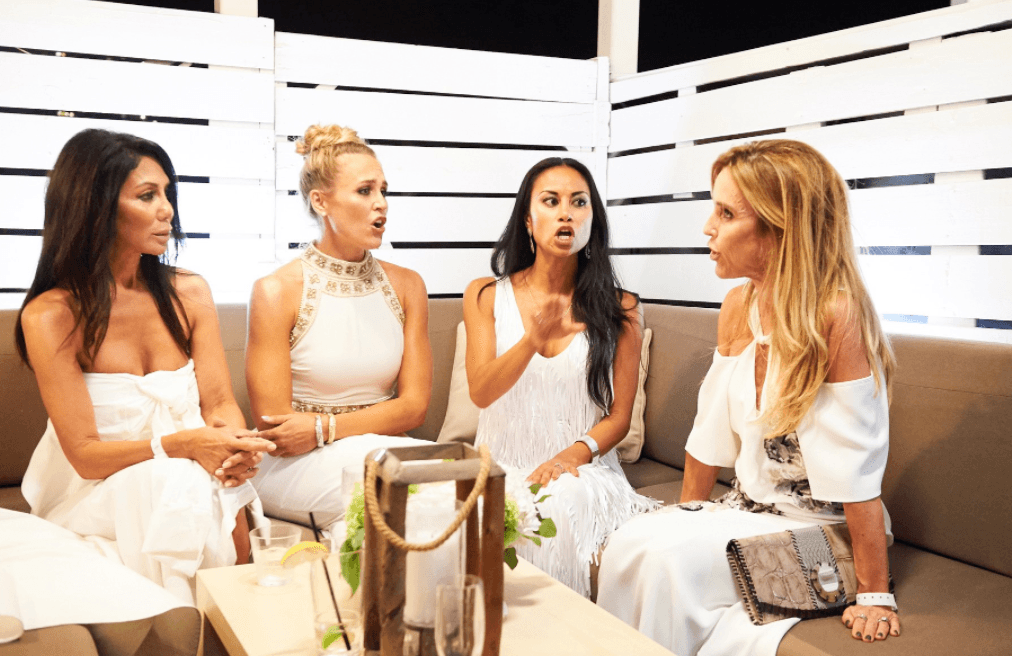 Kara continues on the offensive, still insulted that Fun Joan got drunk at a dinner party where cheese was flown in from Italy! But it’s Jana who delivers the final blow when she responds, “We don’t give a sh*t!” BOOM! Mic drop! Panty drop! I don’t care, it was amazing! Kara storms out of the party but we’re left wondering if her sudden radio silence is just the calm before the storm. Next week is the season finale and there’s still more time for Kara to morph her exoskeleton into an even larger drama transformer and return for another battle round.

Tune in next week for our season finale of #RHOT. We promise to bring the drama! pic.twitter.com/wDychxTCWd