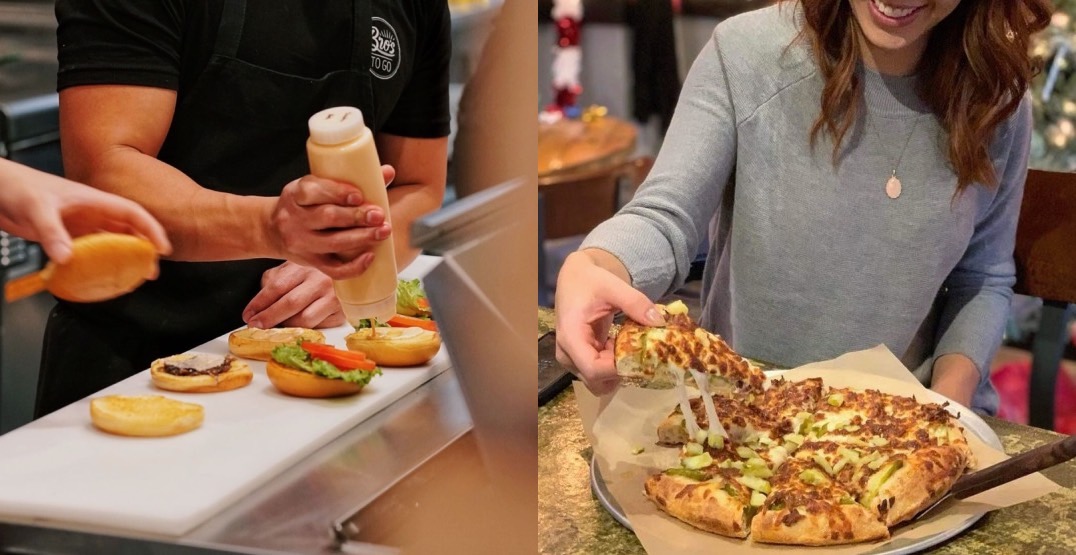 Food halls and restaurant hubs are definitely trending right now in Calgary, and The Fifth looks to be the next big one.

First Street Market announced its exciting lineup of food vendors all under one roof back in June, and have been a popular spot to grab a bite since its opening in August.

The District at Beltline, opening at the end of February, recently announced the list of local restaurants that would be opening up there.

It looks like another food hub in Calgary will be opening soon, this time on 17th Avenue.

The Fifth is a rental building that will feature seven different restaurants that will be included in the new development.

Official opening dates have yet to be announced for most of these places, so stay tuned for future updates.

In the meantime, here is a preview of the seven new food spots coming soon to 17th Avenue.

This Cinnaholic location is the first for Calgary, and people have been really looking forward to it. Your patience has been awarded, and not only is their grand opening on January 21, but they’ll be selling their buns for just $1! The Cinnaholic franchise is famous for its vegan buns, created by you with over 40 different frosting varieties and decadent topping options to choose from.

We don’t know much yet about this chicken spot, but it will specialize in Nashville hot chicken. Expect to feel the heat here with chicken meals and sandwiches at varying spice levels, depending on how brave you feel.

Promising to be something “neu” for conformists, the Nue Cocktail Bar will be serving craft cocktails in an elegant setting. Hoping to open in early February, this swanky new spot will also feature live DJ performances on their second-floor patio when the weather is right for it.

Offering a touch of real Italy to 17th Ave, Amato Gelato is a true Italian cafe serving made-to-order espresso. With a location already a hit in Kensington, Amato Gelato specializes in Gelato, so expect tons of unique flavours. Amato Gelato is looking at opening on February 1.

With four locations in the Calgary area already, many people are already aware of The Mash. Serving craft beer from Half Hitch Brewing and pizza made in-house with up-cycled spent grain, The Mash is going to be a great place to stop in and hang on 17th Ave. Arriving near the beginning of spring, The Mash is hoping to be open sometime in March.

It’s been a long wait to see the opening of this spot ever since it had an extremely popular five-day run as a pop-up restaurant at Shelter Cocktail Bar. Milpa translates to “three sisters” and is a word for a sustainable agriculture technique that focuses on the marriage
of corn, beans, and squash. The food here is veggie-forward, with inspirations from Mexico and Canada. The food is uniquely designed, gorgeous to look at, and completely delicious. Milpa is coming, but won’t officially be opening until late this summer.