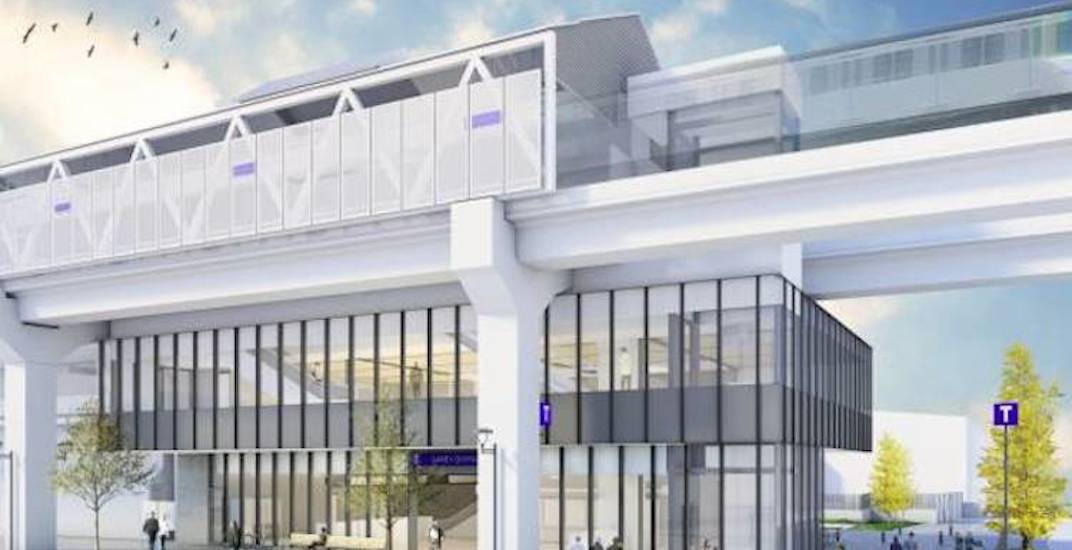 Some mayors in Metro Vancouver are expressing their doubts on Surrey mayor-elect Doug McCallum’s plan to reverse course on the Surrey Newton-Guildford (SNG) LRT and redirect funds towards building a SkyTrain extension on the Fraser Highway.

“Although it may be possible to cancel this project, this does not necessarily mean that this project can be transferred to a different location using different technology,” said Cote.

“The new Mayors Council will need to examine its options to see how we can best move forward with new investments for public transit in the region, while at the same determining how best to address the significant change in direction being presented by the new council in the City of Surrey.”

His counterpart in Richmond also agreed, with re-elected mayor Malcolm Brodie calling McCallum’s plan “ill-conceived.” While Brodie knows the existing makeup of the Mayors’ Council would disagree with the move, he is not sure what the consensus will be within the new Mayors’ Council given that there are 13 new mayors in TransLink’s governance body.

Brodie added that it will “take years” to do the new planning work required for SkyTrain, if LRT is abandoned. The largest issue will deal with filling in the funding gap for the superior alternative.

“The first thing that’ll have to be done is they will need to find the extra money to pay for it. Surrey will be asking for a premium type of service, and they will have to pay the increment or find the money,” said Brodie. “I don’t think there will be regional sources for that money.”

However, he added that the right decision was made about 15 years ago to proceed with a seamless, elevated system for the Canada Line on No. 3 Road. During the planning process for the then-named RAV Line, Richmond City Council seriously considered running the No. 3 Road portion of the new train line as its own separate street-level LRT between Bridgeport Station and Richmond-Brighouse Station, completely separate from the mainline.

Brodie says the Canada Line’s performance has been “extremely good,” adding that “there was a significant investment by our city, province, and TransLink towards improvements to No. 3 Road and that was a big part for the success of the line and the success of the integration into our society.”

Over the last few days, other new and re-elected regional mayors like North Vancouver City’s Linda Buchanan and the Coquitlam’s Richard Stewart expressed their opposition as well to changing the plans over similar concerns.

But several mayors are already in alignment with McCallum’s vision, including Vancouver mayor-elect Kennedy Stewart, who said he will support a SkyTrain alternative in Surrey in conjunction with further extending the Millennium Line from Arbutus Street to UBC.

Langley City’s newly-elected Val van Den Broek included SkyTrain as a key platform issue, while Langley Township’s Jack Froese is open to a reversal if a business case supports it.

The Mayors’ Council uses weighted voting based on population to approve or reject TransLink’s long-term strategies and investment plans.

Between Stewart and McCallum, both mayors of the region’s two largest cities have a total of 58 weighted votes of the total of 134 weighted votes amongst all 23 municipal governments and jurisdictions in Metro Vancouver. If the votes of Langley City and Langley Township are also accounted for, the SkyTrain alternative would have 66 weighted votes – just two votes shy of a majority.

The mayors of New Westminster, Richmond, North Vancouver City, and Coquitlam have 4, 10, 3, and 7 weighted votes, respectively.

As for a potential increase in senior government funding, there are also split positions.

BC Premier John Horgan indicated this week the provincial government is unable to increase its funding share towards the Mayors’ Council Plan and that further considerations will be made once the Mayors’ Council can convene and present their united position.

Currently, the provincial government has committed zero funding towards the $1.65-billion SNG LRT, as both the federal government and TransLink have decided to cover the entire cost of the project. Instead, provincial taxpayers have taken up a larger share of the cost of the Millennium Line’s Broadway Extension to Arbutus Street, with $1.8 billion of the $2.83-billion cost covered.

However, representatives of Justin Trudeau’s federal Liberal government have been more open to the idea of SkyTrain.

MP Ken Hardie of Surrey’s Fleetwood-Port Kells riding said the federal government would provide a “Yes” answer to switching funding from LRT to SkyTrain, but this is dependent on the Mayors’ Council reaching an agreement and the provincial government supporting the shift.

Randeep Singh Sarai, the MP for Surrey-Centre, said they will “support local decision making” and “continue to have conversations with the Mayors’ Council, TransLink, and the province to support their transit priorities.”

“We respect that there are important local conversations that need to take place. Once these conversations have occurred we will address the steps necessary to advance priority transit projects in the region.”