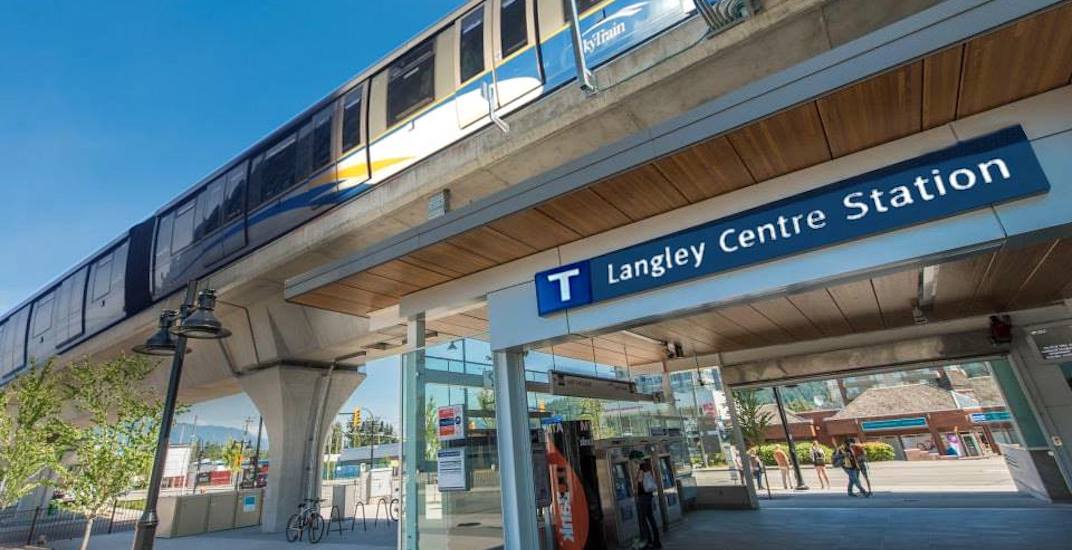 When Daryl Dela Cruz began the SkyTrain For Surrey (SFS) advocacy group in 2013, he was just 17-years-old and still in high school.

Over the past five years, there is no question that he has been the loudest booster of an extension of the existing SkyTrain system instead of the proposed street-level LRT lines.

“It was clear to me even at the time that SkyTrain’s ridership success was built upon its design attribute of being fully grade-separated, so when that endorsement for light rail was announced, it felt like an entire legacy of ridership success was being cast aside by our decision-makers,” Dela Cruz, now 23 and a post-secondary student, told Daily Hive.

“There was something about the renders of the attractive-looking, traffic-free streets adorned by light rail trains that felt too-good-to-be-true.”

The major electoral loss of the governing party, Surrey First, is widely attributed to its controversial plans to push forward street-level LRT.

SFS’ campaigning also more recently caught the attention of many of the party’s opponents, with candidates such as Safe Surrey Coalition’s Doug McCallum, who was of course re-elected as mayor, taking notice and going as far as including SkyTrain as a key promise in their platform.

“I know that what we’ve done setting the stage for SkyTrain will make an incredible difference for so many people living in Surrey and Langley. I am really proud of the work that we’ve done and pleased to see this is what it’s come to,” he said. 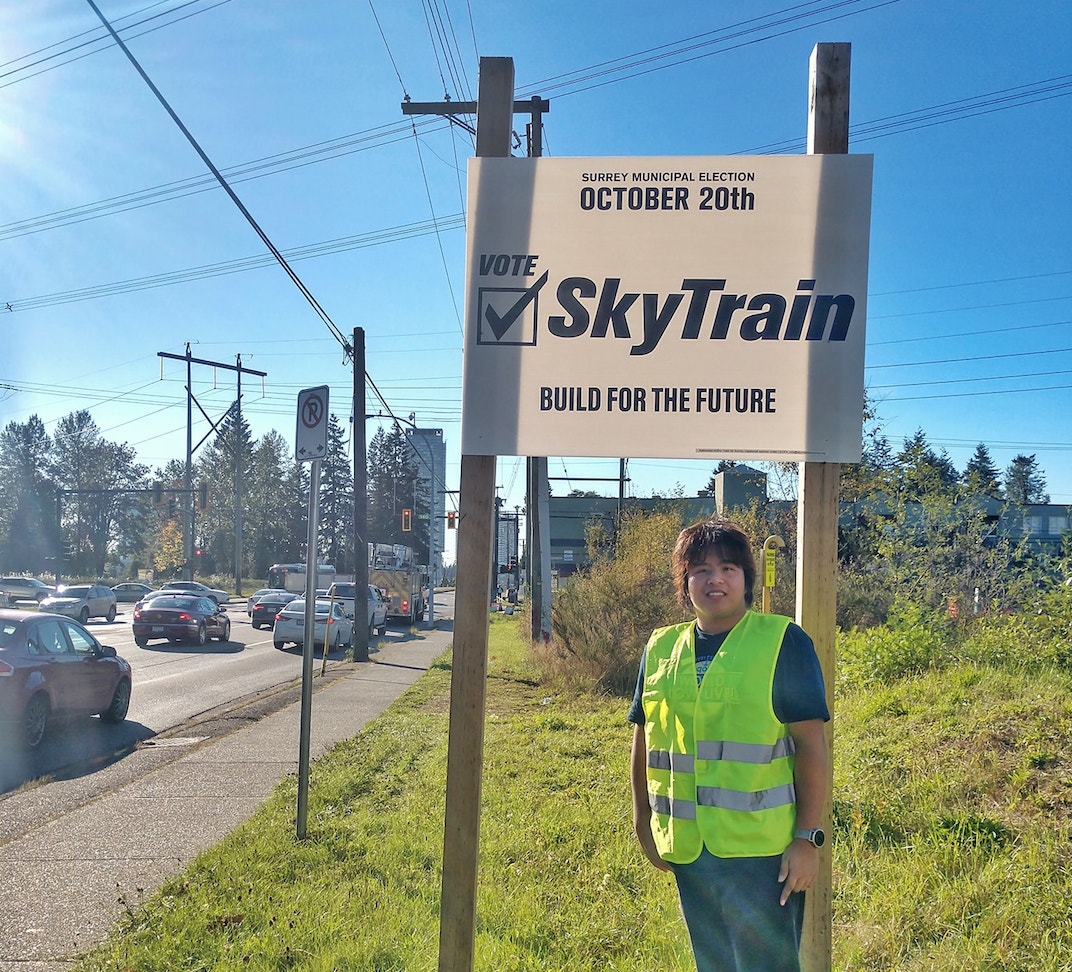 By Dela Cruz’s calculations, over two-thirds of the votes for Mayor were cast for candidates that supported SkyTrain and stated that they will either pause or cancel LRT.

“Voters have sent the message that they want the rapid transit system that will deliver the highest level of service, the best ridership outcome and the most travel time savings – and it comes in the face of leaders who have tried to shut down this debate and tell us that the discussion on rapid transit technology is over,” he continued.

“Voters in Surrey and Langley were absolutely right to mass-reject LRT, and the SkyTrain-oriented system that will take its place will offer far more benefits for the entire region.”

However, Dela Cruz says he will not be unfurling the ‘campaign victory’ banner anytime soon as much work still needs to be done amongst TransLink’s Mayors’ Council and both the federal and provincial governments in order to execute the South of Fraser rapid transit project as SkyTrain.

As a result of the election, there will be 13 new mayors as well as a new chair and vice-chair, which means a rethink of the Mayors’ Council’s 10-year plan is most likely a given. McCallum will also have the support of the new mayor of the City of Langley, who has already expressed her support for SkyTrain along the Fraser Highway to reach her municipality.

“Over the years we’ve been pushing for the recognition of issues that were constantly cast aside by decision-makers, and even other community groups such as local business organizations,” he said.

“Now that we have decision-makers that not only recognize these issues but have stated that they will be fighting with us, it makes our advocacy process a lot smoother. We also anticipate there won’t be many difficulties holding our elected leaders accountable, given the clear mandate set by a majority of voters.”

He says some mayors in the region have made comments over the past few days that take advantage of the uncertainty to “try and put their priorities ahead of ours.”

“It really is our turn… [and they] ought to recognize the need for rapid transit in both Surrey and Langley,” he said.

Map of the new station locations for the SkyTrain Expo Line extension along the Fraser Highway. (TransLink)

Ironically, one lesser known fact about Dela Cruz is that his family has a strong connection with Surrey First.

His mother, Narima Dela Cruz, a community advocate and volunteer, unsuccessfully ran for city councillor with Surrey First in the election.

“Her decision to run with Surrey First was a little tough to process at first, but I accepted it. I believe that Surrey First was, and still is, a strong brand in our city,” he said, adding that she pushed for the recognition of issues that might have been cast aside entirely by the rest of the party.

“My mom chose to run with a team that values inclusivity, promotes arts and recreation, and advocates a positive culture of embracing what our city has to offer and considering the future possibilities. Surrey First’s support for light rail, given the issues and business case numbers, was disappointing, but there were a number of positive attributes to their platform and I think our newly elected representatives have a lot to learn from them.”