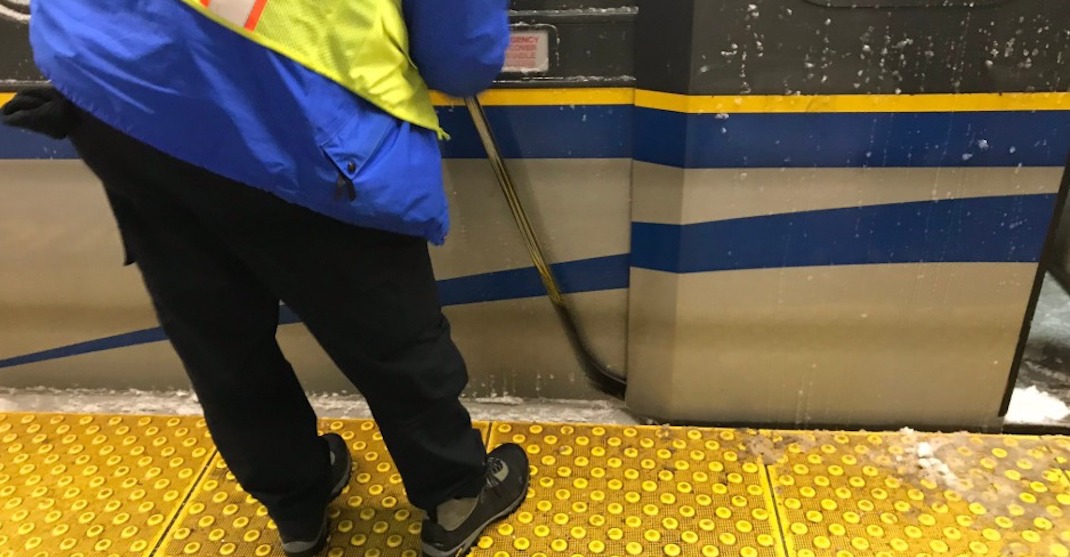 Vancouver, BC, has been hit by a snowstorm, and while the rest of Canada is well accustomed to dealing with white stuff falling from the sky, the West Coast is struggling to just keep their heads above water — or snow.

The City of Calgary is literally colder than the South Pole, and parts of Edmonton have windchill warnings of up to -50°C, but somehow its Vancouver that has completely shut down.

Besides the doors of public transit being frozen shut, many stations being shut down, and a huge backlog of buses, theres a heap of evidence showing that Metro Vancouver really struggles when it comes to dealing with snow, including the fact that TransLink is using hockey sticks to de-ice trains in the city.

It doesn’t get more Canadian than that.

Remain calm everyone. @TransLink has issued carbon fiber hockey sticks 🏒 (with an 85 flex) to all employees. Services will return to normal capacity shortly.#vancouversnowstorm2020 pic.twitter.com/aUwN4XQxLI

At Commercial-Broadway station, @TransLink staff are using hockey sticks to clear ice from the trains and keep the trains moving. Such a Canadian solution. ❄️🏒🇨🇦🚈 pic.twitter.com/i37kixD0p7

This method is by no means new, as Vancouverites have been checking the ice off their trains this way for a while.

Vehicles are slipping around on city roads, and even 4×4 isn’t much help on the icy streets.

There’s a video circulating of a person shovelling snow with a chair.

Some people do know how to have fun with the snow they’ve been dealt, including some who are putting on their skis and getting outside, like this person on the Stanley Park Seawall, and in a bike lane in Vancouver.

The BC Government has also issued a warning telling people to stay home if they don’t have anywhere to go.

I guess you can have snow days as an adult — if you live in Vancouver, that is.