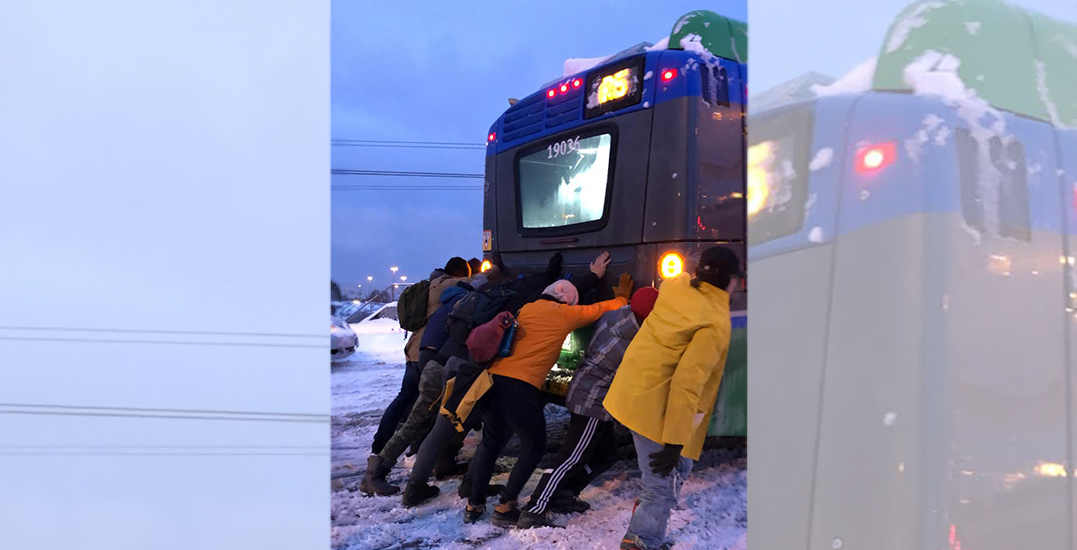 Metro Vancouver transit is in such a state of chaos that one group of passengers attempted to push a bus up a hill.

Jacinta Jones told Daily Hive that the R5 bus she was on this morning was stuck at Hastings and Boundary for nearly 40 minutes.

That’s when the driver reportedly “pleaded that all the men on the bus help push it up the hill,” and this was the result: 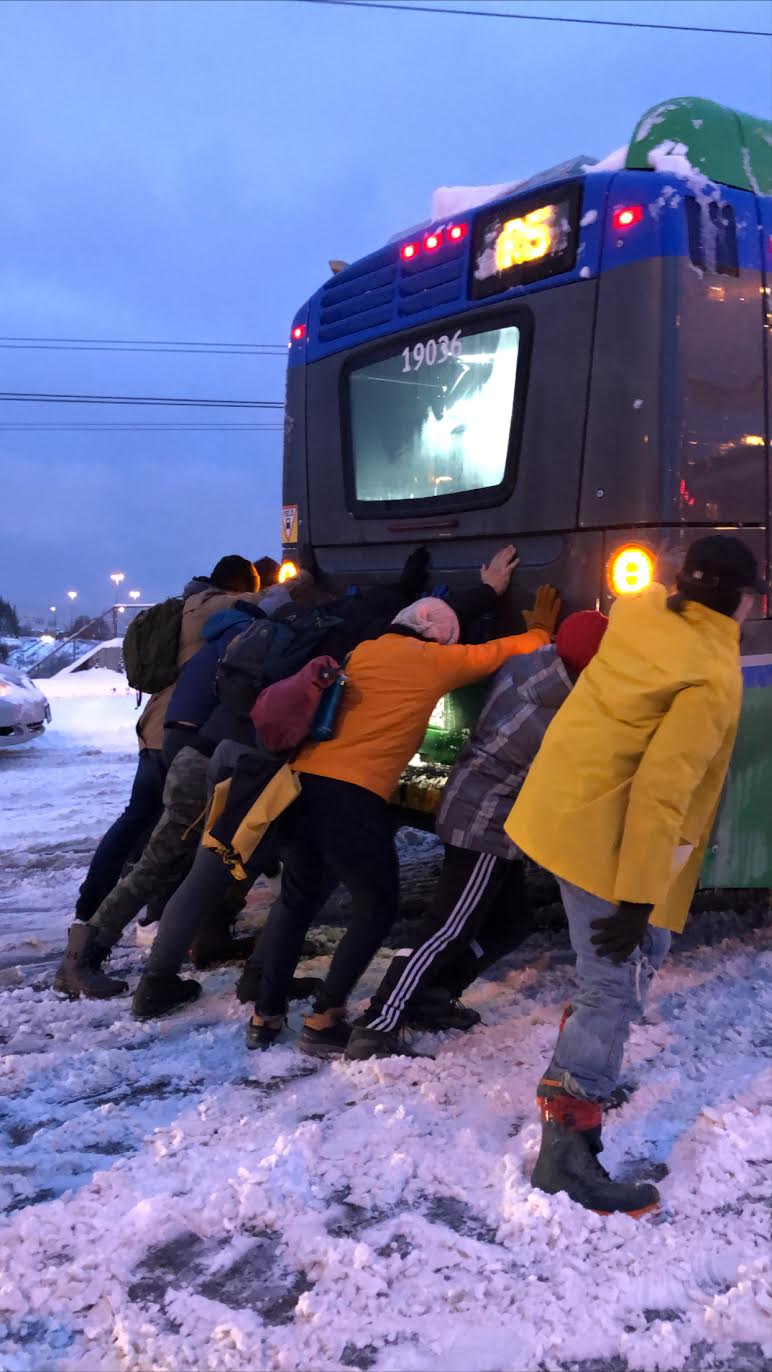 The snowstorm has resulted in a wild commute for Metro Vancouverites this morning.

TransLink has warned commuters to expect an “extreme travel day” as buses are stuck on multiple routes, multiple SkyTrain stations have been closed, and SkyTrain is experiencing system-wide delays due to frozen doors and trains.

The BC Government has advised residents to stay off the roads altogether, as driving conditions are unsafe.

And if you do decide to brave the disastrous conditions, give yourself plenty of time because it’s pretty clear that Vancouver cannot handle winter.