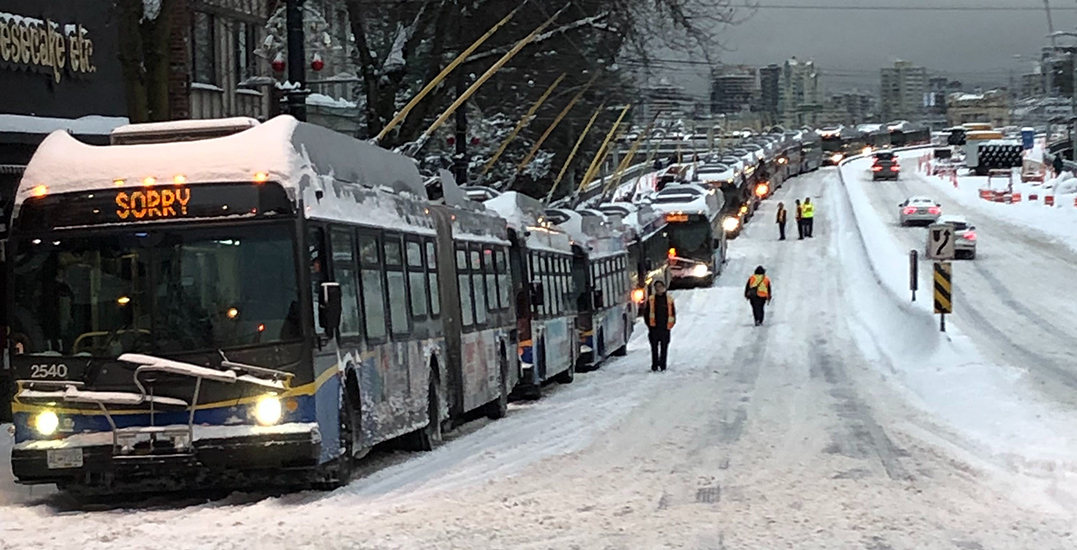 Vancouver is moving very slowly today, and in some cases not at all, as over a dozen buses are stuck on Granville Street Bridge. 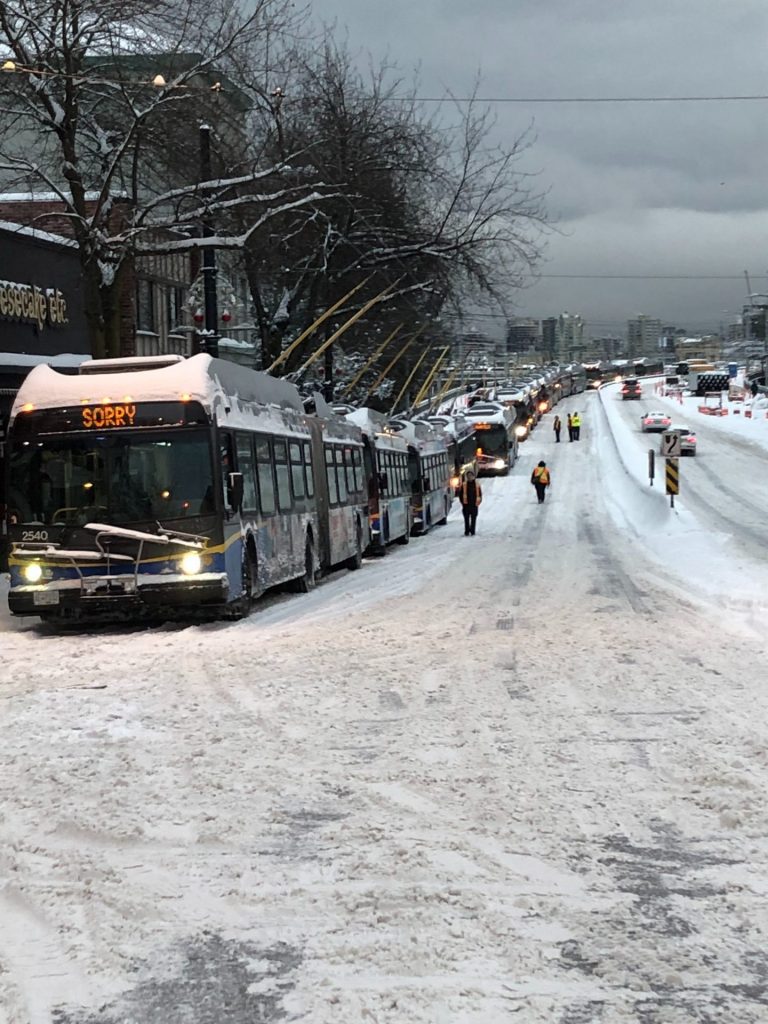 A photo shared with Daily Hive captures a line of out-of-service buses on the bridge, with what look to be bus drivers standing outside of the vehicles.

A number of other social media users have reported the buses being stuck as well. Posts on Twitter say that there are approximately 15 to 20 buses that are stuck in the area.

Slow go this morning on Granville bridge. At least 15 buses stuck between Broadway and 2nd. Good luck out there pic.twitter.com/zNlgcGtHsW

#vancouversnowstorm2020 20 buses stuck on Granville and Granville bridge South bound. Take the train if you can, it’ll be a while. #translink pic.twitter.com/YhmLYkQtz6

One social media user says that transit riders were reportedly asked to leave the stranded buses and to find alternative methods of transportation.

TransLink has not yet provided an update on the situation but says that various routes have been cancelled and delayed. They recommend checking their alerts and Twitter page for routes and detours.

Thanks for your tweets! We apologize for not being able to answer everyone – and in a timely manner. The volume of tweets we’re receiving right now is pretty high, but we’ll do our best to respond as quick as we can. Please see https://t.co/SdIn7mKPX3 ^MR