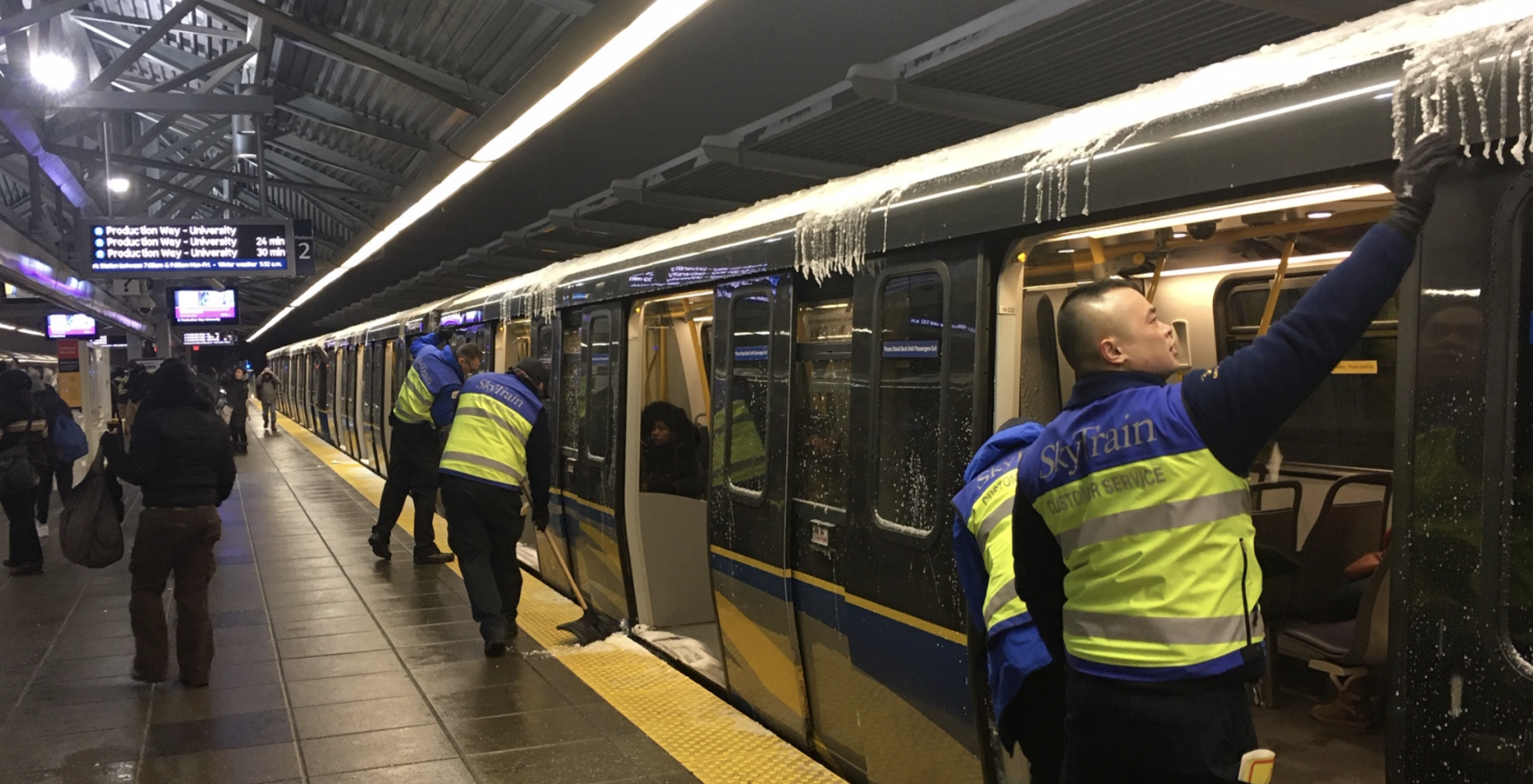 Bus and SkyTrain service across the system is significantly impacted due to inclement weather. We are advising customers that today should be considered an extreme travel day and to please stay home where possible. ^CK

Customers should note that most services are experiencing delays of up to 30 minutes and additional time should be given to prepare for the treacherous commute ahead.

Transit staff are doing everything they can to ensure transit continues to operate. Extra SkyTrain Attendants are on trains and in stations clearing snow and ice from the platforms and doors. ^at pic.twitter.com/omWTQlMZq6

Currently, extra SkyTrain attendants are working on trains and in stations clearing snow and ice from the platforms and doors.

TransLink has also announced the closure of King George Station because of “track issue and weather conditions.”

A snowfall warning remains in effect for the region, as total amounts of 10 to 15 cm are expected.