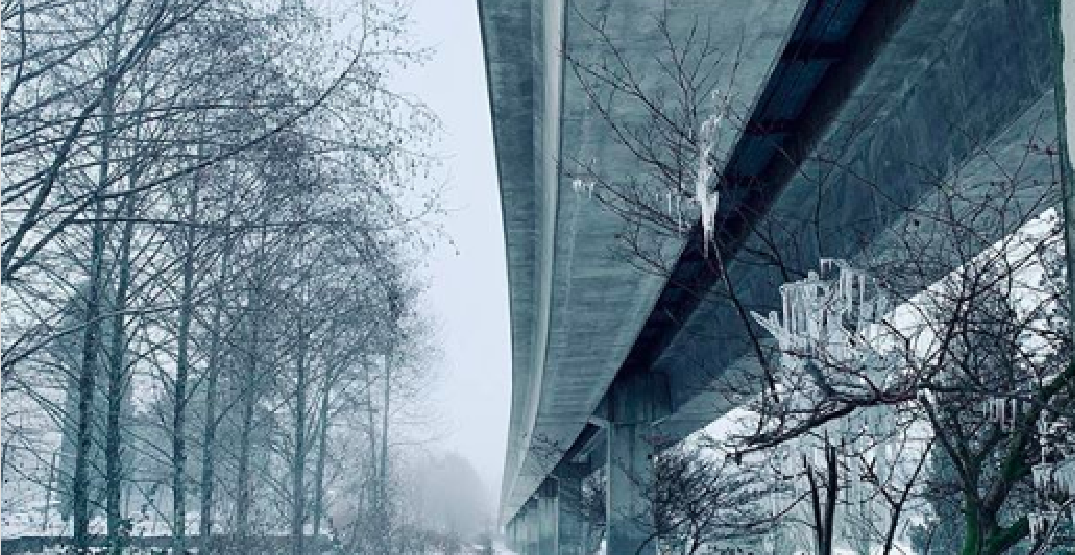 All stations that were closed have now been re-opened.

“Customers are asked to consider whether they need to travel today,” writes Murphy in an email. “And, if there is a need, whether they could consider travelling outside of rush hours, as commutes will take significantly longer than usual.”

Now, beyond just the buses, SkyTrain stations are experiencing closures due to the snow.

#SkyTrain Due to track issues and weather conditions, Braid Station has been closed. Bus routes from Braid to other SkyTrain Stations: 153, 156 & 169. ^DA

#SkyTrain Due to track issues and weather conditions, Sapperton Station has been closed. Bus routes from Sapperton to other SkyTrain Stations: 109 board on Columbia Street. ^DA

It’s gotten so bad, in fact, that TransLink is advising SkyTrain customers who are already waiting at stations to go home.

So I have heard this message 7 times now. Regular #SkyTrain users – is this normal during snowstorms? @GlobalBC pic.twitter.com/U2KmpFbpRb

Earlier on Tuesday morning, TransLink announced that the Expo and Millennium Lines were facing system-wide delays due to freezing door and train issues.

A Snowfall Warning remains in effect for the region, as total amounts of 10 to 15 cm are expected.