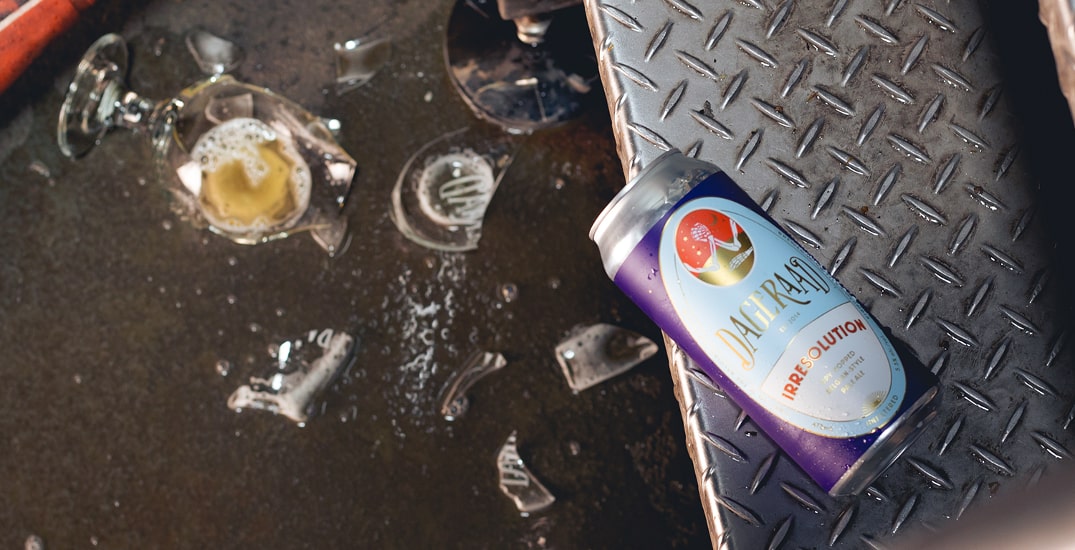 A Burnaby brewer is shining a spotlight on the many challenges facing the hospitality industry in the hopes of encouraging patrons to support their favourite local breweries and restaurants.

If there’s a brewery or restaurant that you love, can’t live without, patronize them now to make sure they’re still around in March.

The regular January lull has been compounded by snow and omicron and for some of us business is as bad as it’s been at any time in the pandemic.

Since January 13, Coli’s call to action has been retweeted and quote tweeted 139 times, while the post has garnered nearly 500 likes.

“I want to be clear that Dageraad isn’t at risk of closing, but business has been terrible for us and for a lot of others,” said Coli in an interview with Daily Hive. “This slowdown is impacting a lot of hospitality businesses. January is always slow for restaurants and breweries; the weather is cold and a lot of customers spent too much and ate too much at Christmas. I’ve talked with a lot of other business owners who say this is the worst January for business that they can remember.

“The usual January slowdown has been compounded by omicron and the cold weather at the start of the month, and people are just staying home. I wanted to remind people that if they wanted their favourite places to be open in March, they should maybe order some takeout this month.”

Dageraad Brewing opened in 2014 near Production Way-University Station as a small-batch brewery with a focus on Belgian-style beers. The brewery began as a way for Coli to bring Belgian ales to the city and beyond.

“I loved local craft beers, but I was really obsessed with Belgian ales for their complexity and incredible variety,” explained Coli. “Belgian brewers use very interesting, expressive yeast strains to ferment their beers, and while there were a few local brewers who dabbled in those styles, nobody really focused on it. I wanted to make those interesting beers here in the Lower Mainland so they’d be fresh and readily available.

“We really are a brewery of grade-A beer nerds. Occasionally, Dageraad makes beers that make zero sense from a commercial perspective, just because someone’s really interested in trying something. I’ve got to keep the nerds on the brew team happy because they keep the yeast happy, and the yeast keeps everyone happy.” 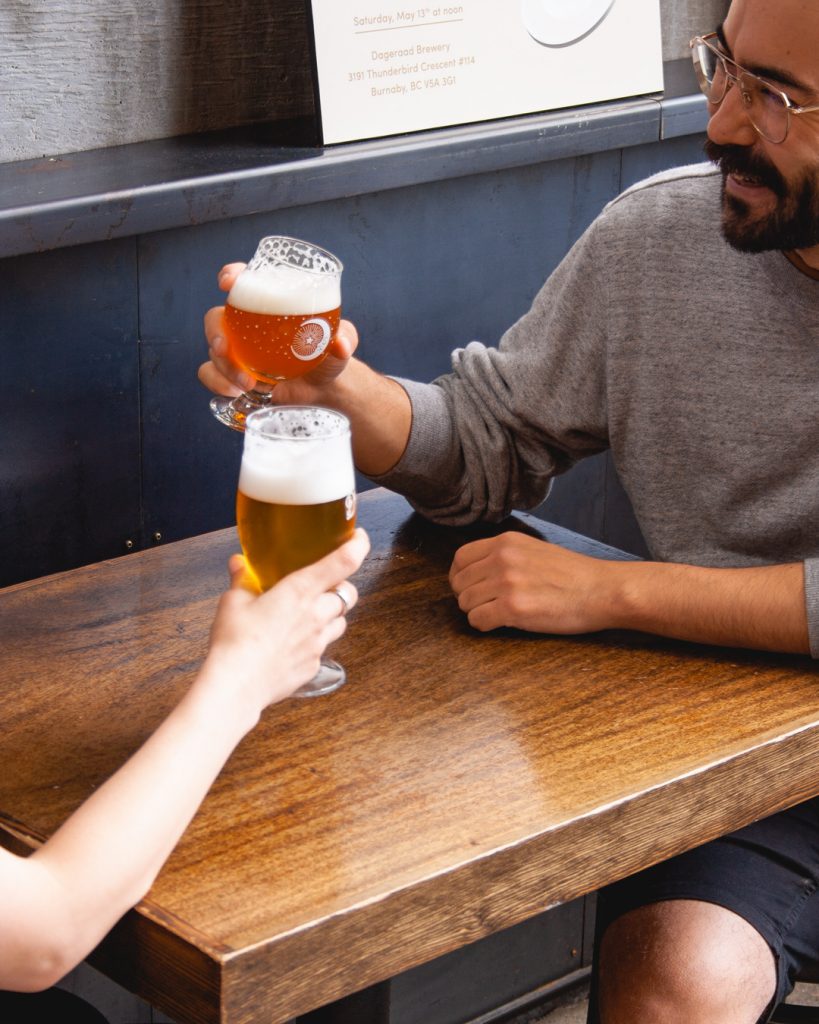 Dageraad is part of the BC Ale Trail’s recently launched trail, “North of the Fraser,” and has been recognized with numerous industry accolades across the province and the country.

It was awarded the 2018 Brewery of the Year by the Canadian Brewing Awards as well as won two silvers at the 2021 edition of the annual awards. At the most recent BC Beer Awards in 2019, Dageraad picked up seven awards, including a sweep of the Belgian ale category.

While Coli is appreciative of the awards for his brewery, he is also thankful for the cooperation in the community. It’s another reason why he is spotlighting the difficulties facing breweries and restaurants right now.

“We look at other local breweries as friends and potential collaborators, not as enemies that need to be destroyed. Likewise, local restaurants are part of an ecosystem of businesses that benefit each other,” said Coli. “It’s better for everyone if we are part of a thriving local community, so whenever we can, we use local suppliers, support local charities and do what we can to contribute to local culture.

“The pandemic has made operating most businesses more difficult. We need to have COVID safety plans and measures, which create new costs and inefficiencies. Staffing can become more difficult as well because people need to stay home and isolate themselves every time they have a cough, whether it’s COVID or not.

“It’s been stressful to run any business during this time. It’s impossible to plan because you have no idea how things are going to be next month, never mind next quarter. We’ve been relatively fortunate because we’ve got a wholesale side that sells beer to liquor stores. A lot of restaurants have had nowhere to turn but to sell takeout and rely on home delivery apps.” 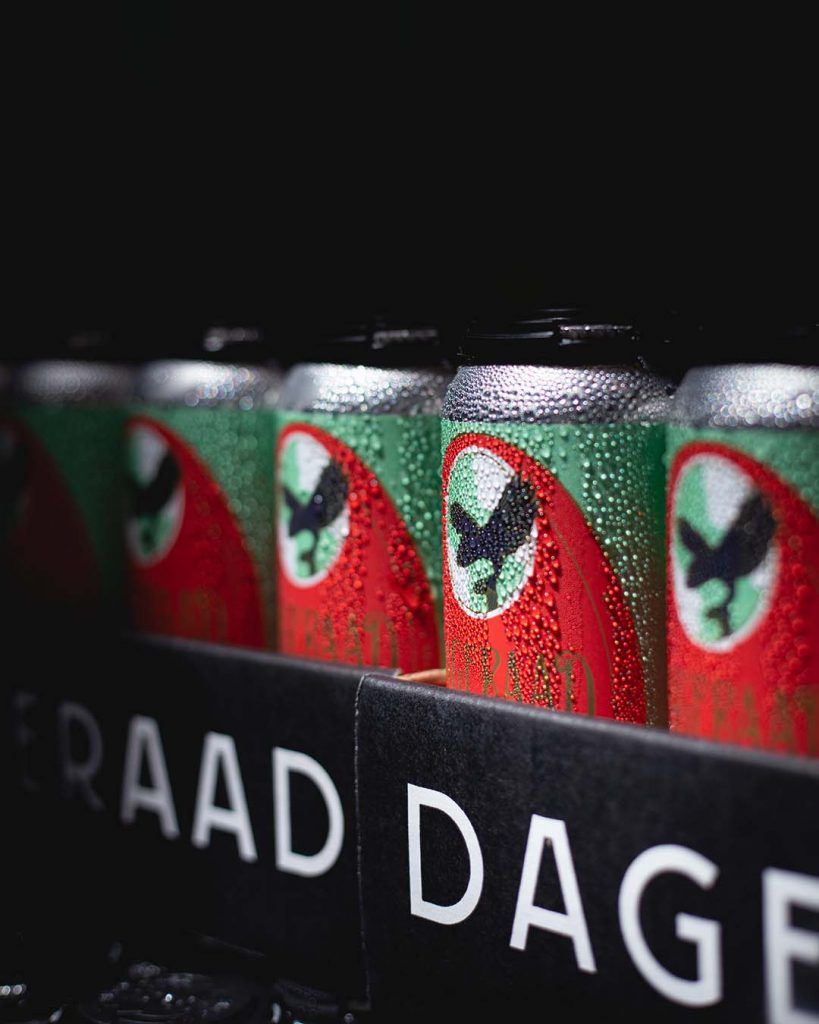 Dageraad launched free curbside delivery with a minimum $40 order when the pandemic hit. “It saved us in March and April of 2020.” The Dagerwaagens travel to Burnaby, Vancouver and New West every Thursday, and the brewery also ships across the province through Canada Post.

“Come by the tasting room if you’re feeling up to it. If you are (understandably) worried about omicron, get beer to go or order home delivery from our webstore,” encouraged Coli. “And if you’re feeling broke or you’re going sober, don’t worry about it. We’re going to survive this. But maybe think about ordering some takeout food from your favourite locally owned restaurant, because they’re having an even harder time than we are.”

Metro Vancouver has seen a slew of restaurants forced to close throughout the pandemic, including Bishop’s Restaurant in Kitsilano, Storm Crow Alehouse on West Broadway, and Taylight Brewing in Port Coquitlam.

“Restaurants, in particular, are in a tight spot,” Coli explained. “Business is terrible, and often they lose more money by opening their doors than they would by staying closed. But on the other hand, they need to keep their staff working, so they open at a loss, hoping to keep their people in place until the weather and the COVID situation improve.

“In the meantime, landlords keep asking for rent and banks keep charging interest. I think eligibility for some of the existing programs should be extended to other hospitality businesses that have been impacted, not just ones that have been ordered to close.”

Coli added that there are many restaurants across Metro Vancouver and BC that people should support as much as possible, including:

And of course, Coli and his team are ready to serve longtime patrons and new visitors to Dageraad, whether in their 50-seat tasting room, through their deliveries, or at public and private retailers across BC and beyond. 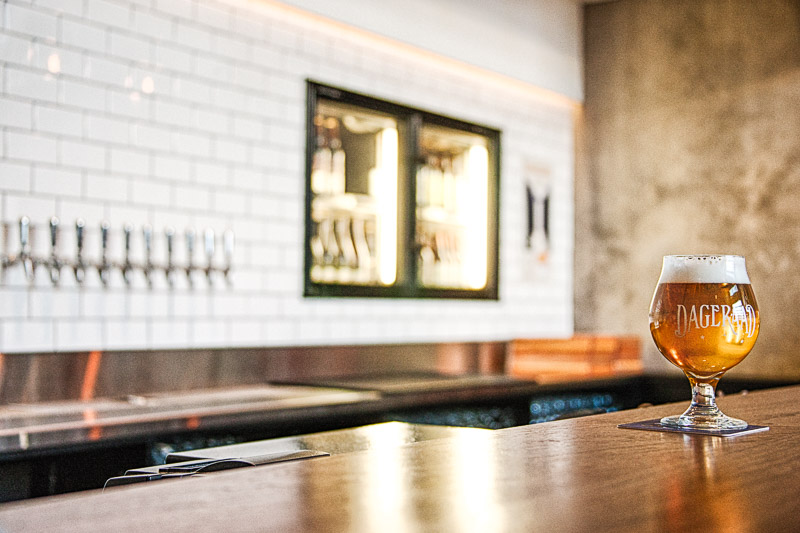 “I love so much about running Dageraad,” shared Coli. “I love the awesome team of people I work with right now. I love getting nerdy about beer, about coming up with new ideas or making little tweaks to recipes. I love working with the designers at Fivethousand Fingers who create our labels and have improved every idea I’ve ever had for a label. I love talking to customers about beer and hearing about what they like. This place is my creative outlet and my community.

“I hope that people feel that Burnaby’s a better place because we’re here. I hope we’re contributing something to BC’s beer culture that wouldn’t otherwise exist.”