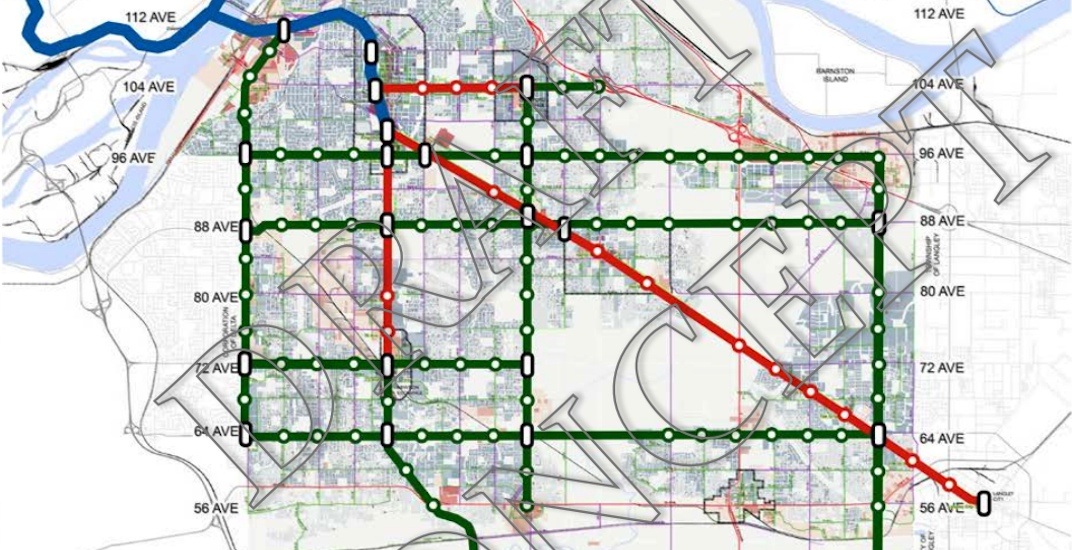 That is the vision of Surrey’s city planners. It will be presented to City Council for consideration early next week. And they are certainly dreaming big.

It is part of the municipal government’s planned submission to influence TransLink when the public transit authority updates its Regional Transportation Strategy (RTS) beyond the current 10-year plan – after the Surrey Newton-Guildford and Fraser Highway light rail transit (LRT) lines are completed. This update to the RTS is expected to occur next year.

According to a City staff report, the municipal government wants between 140 km and 150 km of rapid transit, which includes the existing segment of the Expo Line terminating at King George Station. The rest of this rapid transit length, serving every district and neighbourhood of Surrey, is imagined as LRT, with a preference for building as much of the network as a street-level system.

“A LRT system is an effective way of facilitating connections between services because transfers are made at-grade without the need for escalators or elevators,” reads the report. “Cities also have an important role to play in ensuring multi-modal facilities are in place for walking and cycling, in and around stops, so people have easy access to the rapid transit network.”

Stops are spaced an average of 800 metres apart to maximize the population’s accessibility to the transit service, and the lines running along the streets would create a grid network.

“Grid networks provide service to a high number of people and have the ability to attract many new riders because they are simple, direct, easy to understand and useful to a broad range of people making a wide variety of trips,” continues the report.

The report includes maps of the proposed LRT lines under both the “Medium-Range” and “Long-Range” timelines of implementation. 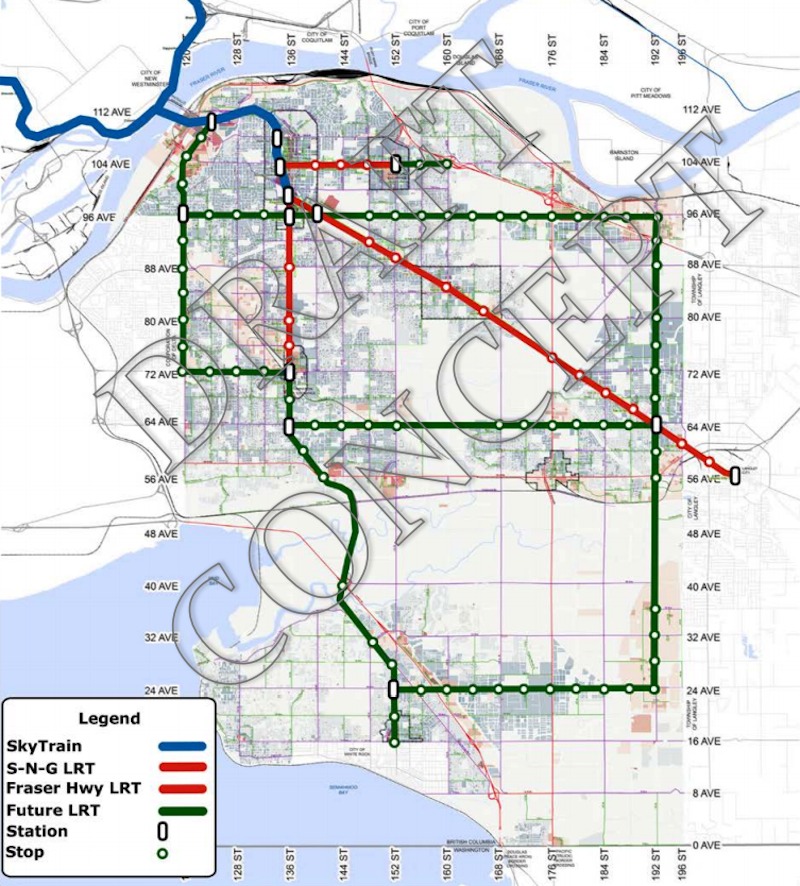 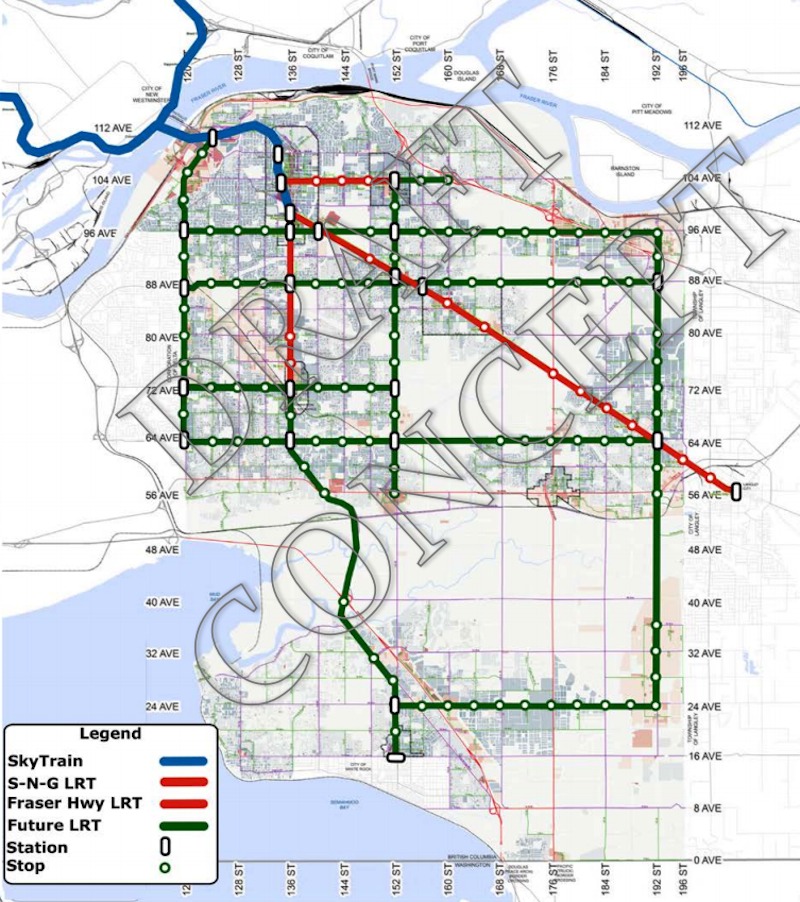 By the end of the “Long Range” timeline, the City wants to see an extension of the Surrey Newton-Guildford LRT beyond the current planned terminuses at Newton Exchange and Guildford Exchange to White Rock and 160 Street, respectively. It also envisions new LRT lines running along 24 Avenue, 64 Avenue, 72 Avenue, 88 Avenue, 96 Avenue, 120 Street, 152 Street, and 192 Street.

No SkyTrain extensions are currently desired by the City of Surrey.

Rapid bus services such as the B-Line are expected to continue to be precursors to rail rapid transit.

TransLink plans to start a new Fraser Highway B-Line service from Surrey Centre to Langley Centre by 2019. This will be followed by a Scott Road/72 Avenue B-Line by 2021, and possibly a B-Line route from Newton Exchange to South Surrey and along 200 Street in Langley later in the 2020s.

Surrey’s first LRT line, the Surrey Newton-Guildford LRT, is expected to cost $1.65 billion for 10.5 kms of track and 11 stations. Construction is anticipated to begin in 2020 for an opening in 2024, with ridership levels estimated at 42,000 to 46,000 per day over the first year of operations. It will be operated privately initially.

Municipal governments across the region are expected to submit their own ‘wish list’ to TransLink ahead of the creation of the updated RTS.