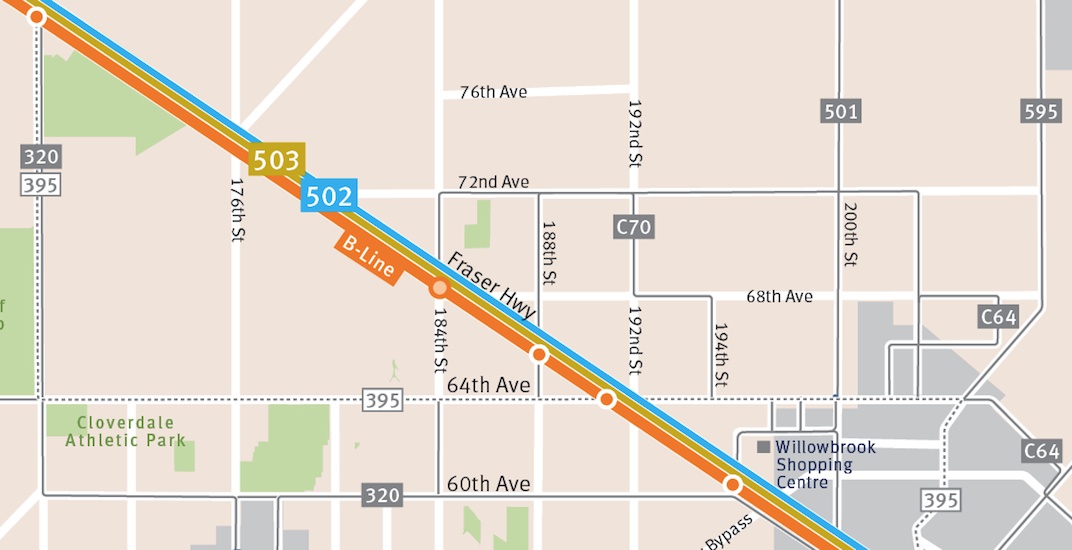 TransLink’s new B-Line rapid bus service along Fraser Highway between downtown Surrey and downtown Langley is intended to be a precursor to rail rapid transit.

Running a distance of about 13 km from SkyTrain’s Surrey Central Station to Langley Centre, it will have an end-to-end travel time of 40 minutes, which is about 10 minutes or 20% faster than existing services.

It will run every eight minutes during peak hours, every 10 minutes during mid-day, evening, and weekend schedules, and every 15 minutes late at night. This line will operate daily between 5 am and 12 am.

The Fraser Highway B-Line will be one of four new B-Line routes that will be launched by the end of 2019 as part of the Phase One transit expansion plan.

Just like the other new B-Line services, the route will use three-door articulated buses and have a unique look that immediately identifies the B-Line as a superior service. All-door boarding is planned.

New special bus shelters will have real-time information screens displaying the arrival times of the next buses and there will be route information inside each vehicle.

These are the proposed 14 stops for the route:

The average space between stops is about one kilometre, although there is a long 3-km-long section without a stop between 168th Street and 188th Street because the area is predominantly farmland.

A stop could be added at 184th Street in the future when population and employment density warrants it, and when funding is available. 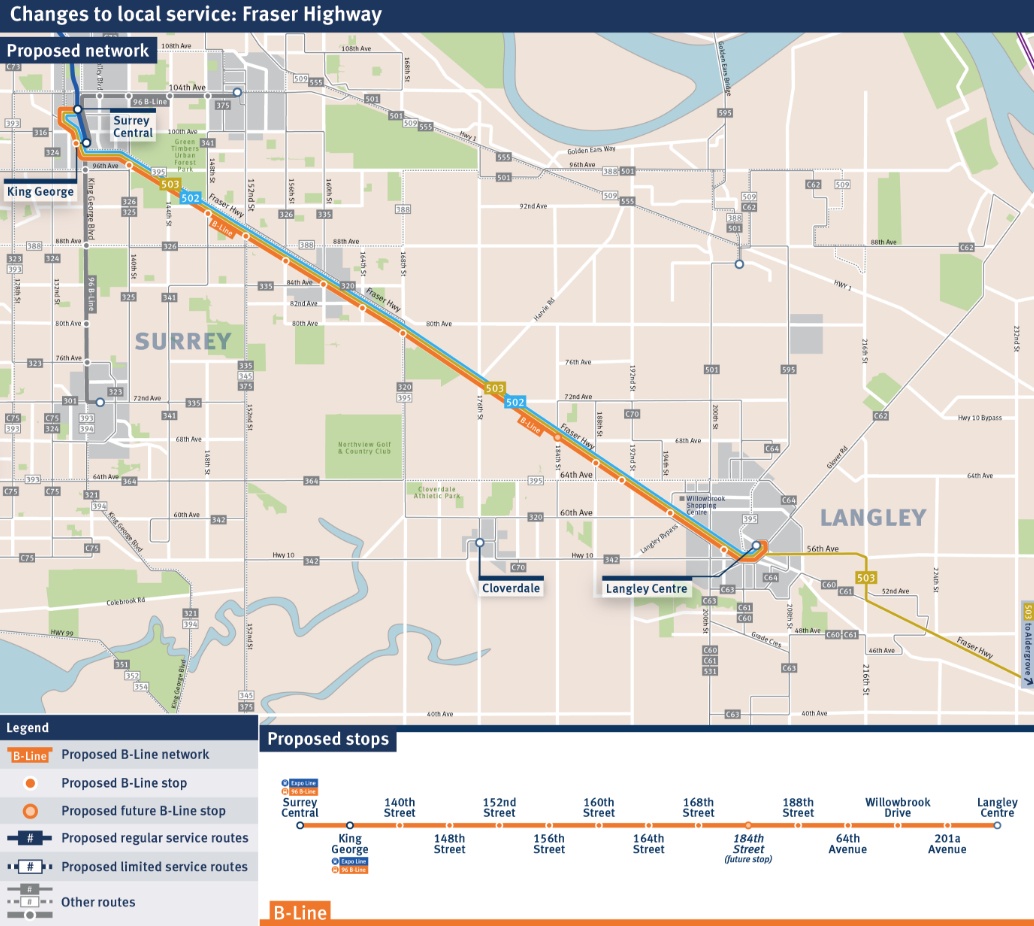 The Fraser Highway B-Line route. Click on the map to enlarge. (TransLink)

Some changes to existing local routes

Two existing bus lines that run on the exact same route will see modifications to allow for the optimal use and reallocation of resources to support the new higher-speed, more frequent B-Line. None of these routes will be axed as they are still needed to maintain local service for shorter trips.

The No. 503 will serve all local stops along Fraser Highway between Surrey Central to Aldergrove, and within Surrey, passengers will only be able to board travelling eastbound and disembark travelling westbound. This new stopping pattern will allow the route to support the No. 502 bus.

It is anticipated that many existing passengers that use the No. 502 and No. 503 will switch to the new B-Line on the corridor.

If all goes according to plan with the Mayors’ Council’s transit expansion agenda, this B-Line service could be replaced with the new rail rapid transit service along the same corridor by the late-2020s.

It has not been determined whether the Fraser Highway rail rapid transit line will be a seamless extension of SkyTrain from King George Station or an expansion of the new ground-level light rail transit system following the 2024 completion of the Surrey Newton-Guildford LRT.

TransLink is engaging three municipalities on possible street design changes that could increase the speed and reliability of the new Fraser Highway B-Line service beyond simply a limited stop bus service. 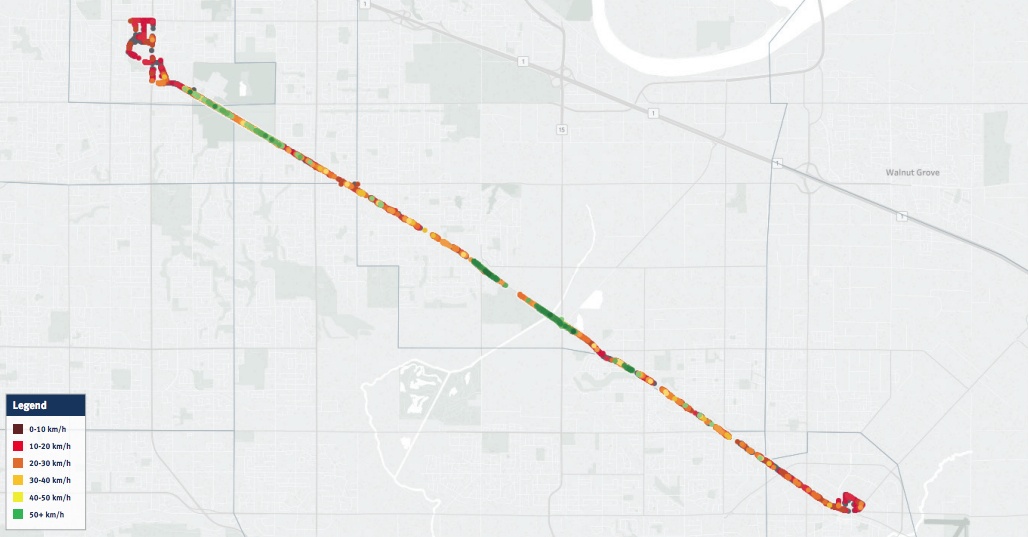 A sample of speed data collected automatically throughout October 2017 during peak times. Current route 502. Click on the image to enlarge. (TransLink)

The public transit authority says the widespread implementation of traffic signal priority for the B-Line buses could be highly beneficial for the new service.

Queue jumpers at congested intersections to bypass traffic could offer a medium benefit, as about 10% of the time on a bus is spent waiting behind traffic at red lights.

A similar medium benefit level would also be offered by new turn restrictions at key intersections – to reduce the delays caused by turning cars – and the extension of bus stop waiting areas into the street so that buses do not have to re-enter traffic.

The street design change with the most significant benefit would be new bus-only lanes, even if it is only effective during peak hours.