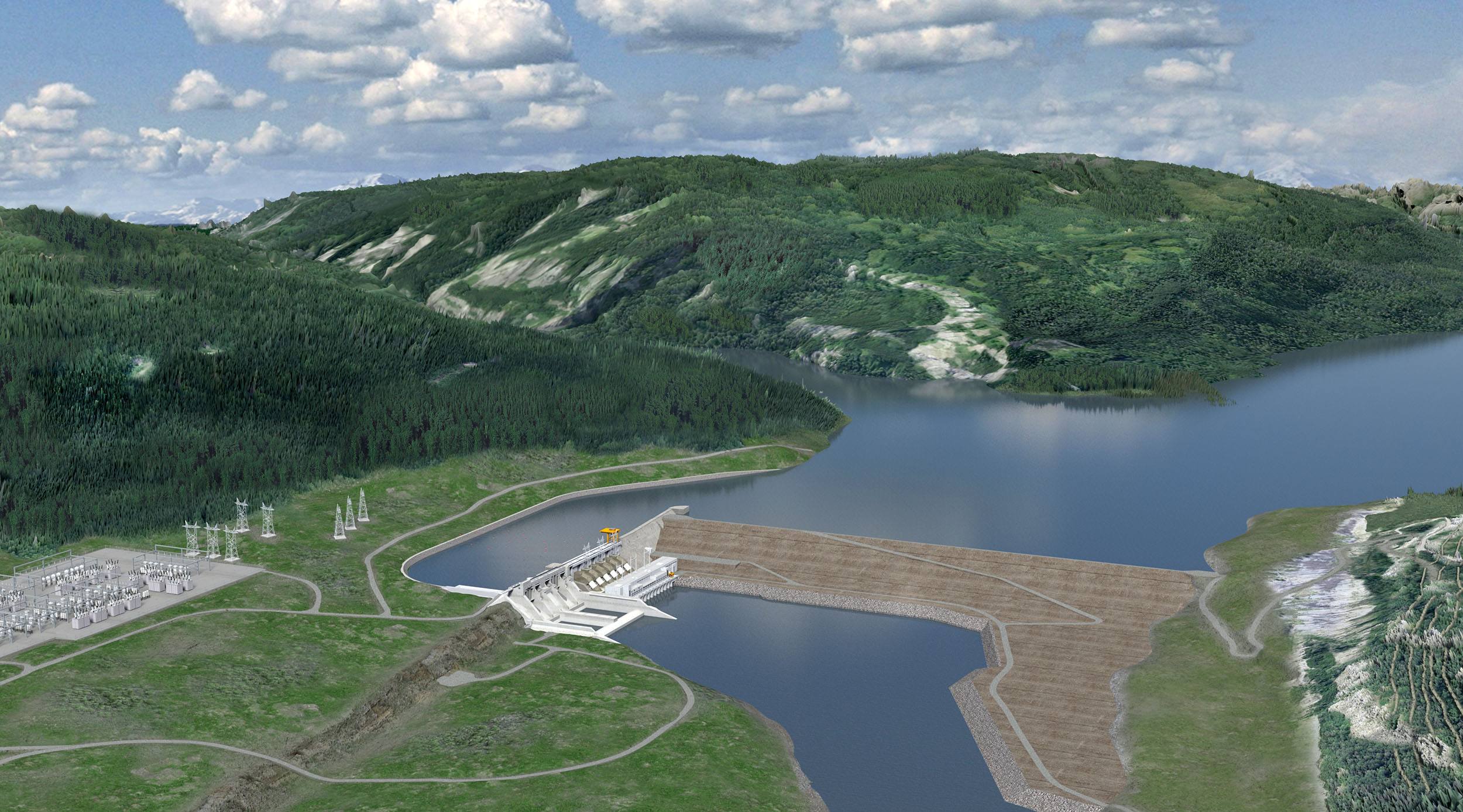 A rendering of the Site C dam (BC Hydro)

Ahead of the 2017 BC election, Daily Hive has produced a range of guides to the key issues affecting young voters. To find our full BC Election coverage, click here: Battleground BC.

If you feel like you’ve been hearing about the Site C dam for longer than you can remember, don’t worry, you’re not alone. The project has come to the forefront of political debate time and time again, but what is getting everyone so riled up?

The $8.9 billion Site C dam in Northern BC has long been a topic of headlines and heated debate. Construction began in 2015 and the dam is set to be completed by 2024, but the megaproject has already faced several roadblocks. And in case, you’re wondering, it’s called Site C because it was the third site considered by BC Hydro for the project.

Site C is a sticking point in the BC provincial election, as there has been criticism of the BC Liberals for how quickly the plan was pushed through and questions over the need for the power the dam would generate. The allocation of funding is also in question, as the dam’s expected cost has risen over the past few years.

Site C’s opponents want the project stopped. These include Treaty Eight First Nations, scientists, local landowners, and environmental groups. There have been legal challenges against the dam going as far back as 2010; several have so far been dismissed.

Concerns have been raised over the environmental impact of the dam, as some agricultural lands would be flooded and made useless, reinforcing BC’s need to import food. And as with any large governmental project, the funding is coming from taxpayers who may be on the hook if the actual cost ends up being higher than expected.

The project has become a big part of the conversation during this election, as halting Site C’s construction could save the province roughly $1.6 billion, according to a recent UBC report. More than 250 scientists and professors signed a letter in 2016 objecting to the approval of Site C, though BC Hydro and the BC Liberals state the power generated will be necessary to accommodate future population growth.

The BC NDP have pledged to have the project reviewed by the BC Utilities Commission if they win the election, and to determine if the electricity the dam would generate would be needed in the future.

The BC Greens are in open opposition to the Site C dam, and have pledged to end the project immediately if elected. Party leader Andrew Weaver claims the project is fiscally irresponsible, and believes the dam will ultimately cost more than expected.

Is the power that will be generated by Site C needed for the future, and is the project economically and environmentally viable?