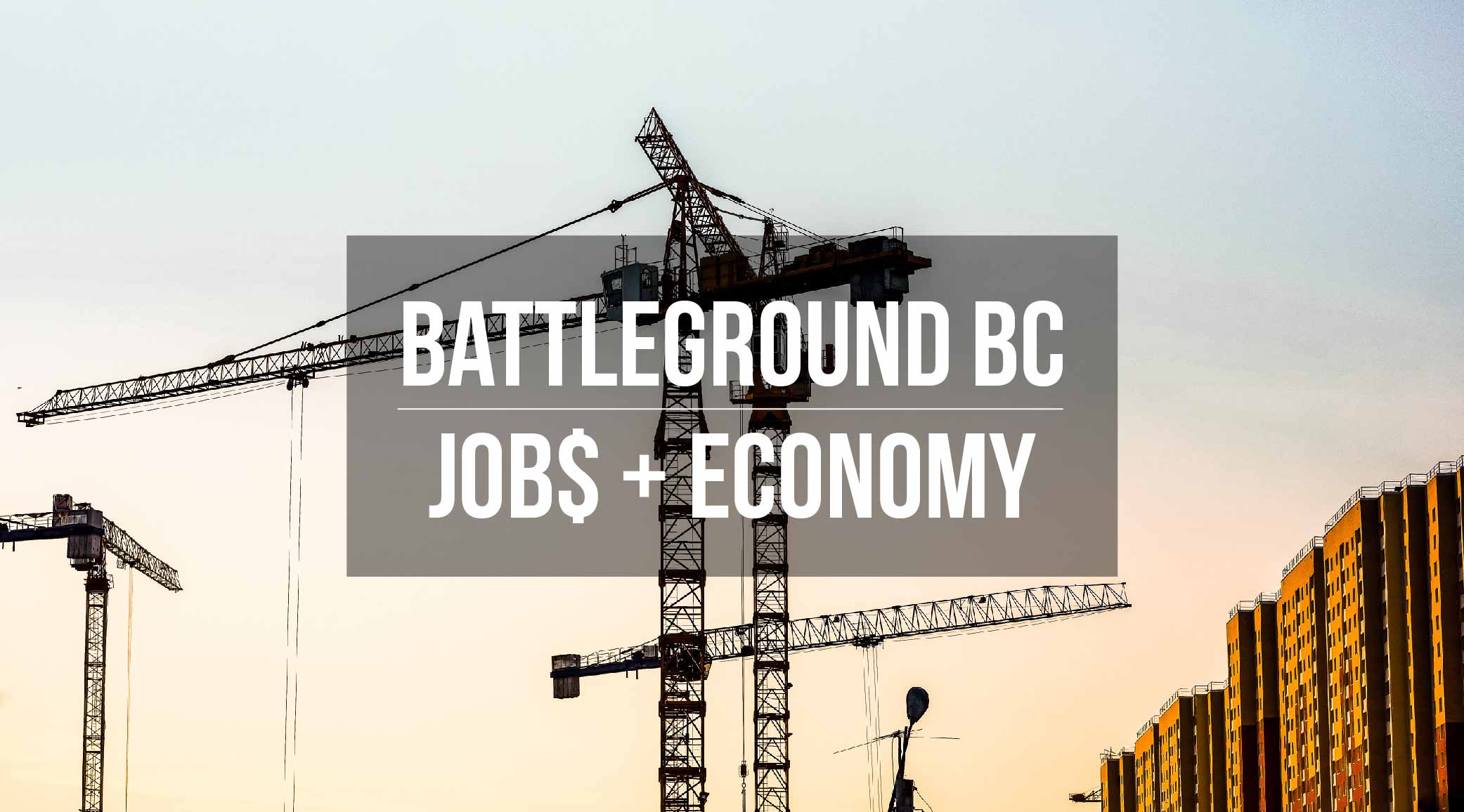 With Canada adding 48,000 jobs in January of this year – of which British Columbia saw the highest gains – the issue of jobs and the economy is a big one for BC. In March, the province posted an unemployment rate of 5.4%, the lowest in Canada. But is the outlook really as bright for everyone as it seems?

Opportunities for good-paying jobs across all sectors help create the vitally-important successful economy needed for the future prosperity of the province. If people can’t afford to live here, they will move away, leaving behind a labour shortage. This will force companies to move away to find workers, hitting the province’s tax coffers hard.

BC is an expensive to call home, and people want to be sure their salary keeps pace with the spiralling cost of living. While the minimum wage has increased, many believe it’s not enough. Others believe pipeline and LNG products across BC are the way to go, including a $1.6-billion Woodfibre LNG project.

It’s important to be able to afford where you live and provide for yourself and loved ones. If cash-strapped workers leave, companies will follow, and well-paid jobs will disappear too. So too, will the income tax dollars BC will no longer have to spend on public services like education and healthcare.

Generation Squeeze, a young people’s lobby group, says BC is the worst performing economy in Canada for younger generations. There is also concern that BC’s positive economic showing is overshadowed by consumer debt and wages that don’t keep pace with the cost of living. From minimum-wage earners to those in the tech sector and everywhere in between, employment opportunities across the province remain at the forefront of voters minds, as well as the minds of those who hope to form the next BC government.

The NDP tells Daily Hive that “a strong economy is when everyone is doing better.”

Among the BC NDP’s plan to support job growth and the economy is:

SEE MORE: BC NDP and jobs and the economy in detail

The BC Liberals tell Daily Hive they have “a detailed plan to continue to create jobs and support economic growth.”

Among the BC Liberals plan to support job growth and the economy is:

SEE MORE: BC Liberals and jobs and the economy in detail

The BC Green Party tells Daily Hive that “BC needs a strong vision and an actionable strategy in order to succeed amidst rapid changes and seize the available opportunities.”

Among the BC Liberals plan to support job growth and the economy is:

SEE MORE: BC Greens and jobs and the economy in detail

Will the next BC government ensure a bright economic future for all British Columbians, particularly younger workers?