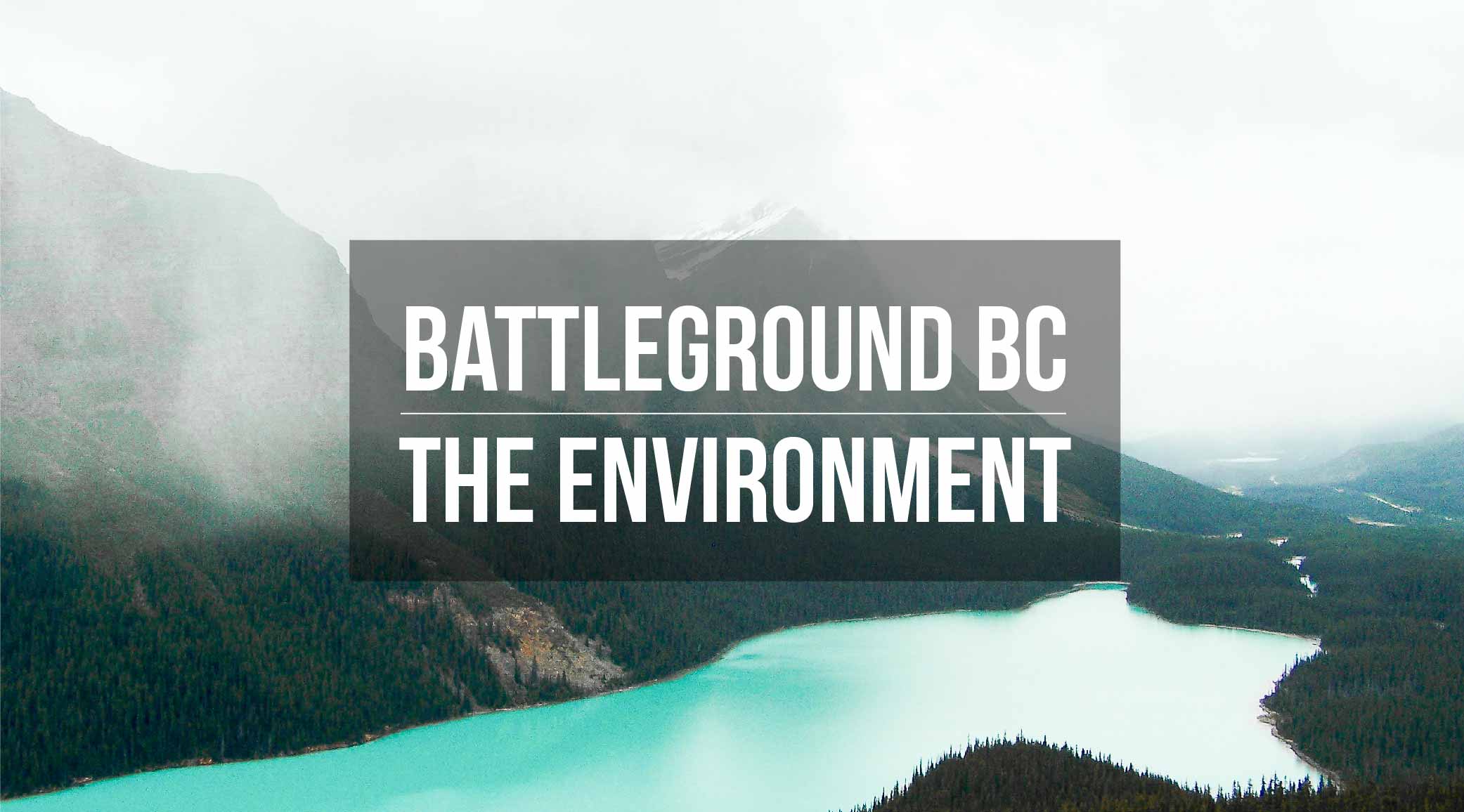 BC is a resource-rich province, with local economies built around forestry, fishing, and mining, in some of the most beautiful natural landscape in the world. But British Columbians are fiercely protective of that landscape–this is where Greenpeace was founded, after all. So what place does environmental awareness have in our future?

With issues on the table like pipeline development and expansion, cetacean policies at the Vancouver Aquarium, the health of our coastal waters against invasive mussels, climate change, and the increasing demand from our growing human population for resources like clean water, the environment is at the top of many people’s minds.

BC has a booming tourism industry, much of which is built around the natural environment, so maintaining what people come to see is important. But people want a balance of environmental stewardship sustainability, without seeing livelihoods collapse in the process. Many also want their kids and grandkids to enjoy British Columbia’s natural offerings the way they did.

Looking after the environment doesn’t just give us–and the animals around us–a more sustainable place to live. It’s an economic matter too. BC sells itself on its natural offerings, with licence plates celebrating the province’s natural beauty and tourism marketing hailing “Super, Natural British Columbia.” Maintaining our environmental reputation makes this an appealing place to live, work, and play.

Climate change and environmental stewardship is a concern for millennials – not only in BC, but across Canada. When the Kinder Morgan pipeline expansion was approved, thousands of protesters of all ages and walks of life voiced their opposition – including Vancouver Mayor Gregor Robertson. As well, BC First Nations’ groups have vowed to keep fighting against the expansion.

The BC NDP tells Daily Hive that “protecting the environment and creating jobs go hand-in-hand.”

Among the BC NDP’s plan for the environment is:

SEE MORE: BC NDP and the environment in detail

The BC Liberals tell Daily Hive that BC’s “natural beauty is rightfully a point of pride for British Columbians – it is also a gift to the world, and we have a responsibility to enhance and protect it.”

Among the BC Liberals’ plan for the environment is:

SEE MORE: BC Liberals and the environment in detail

The BC Greens tell Daily Hive they will “strengthen environmental protections and manage our resources in a sustainable way.”

Among the BC Greens’ plan for the environment is:

SEE MORE: BC Greens and the environment in detail

Will the next BC government protect the province’s natural beauty?