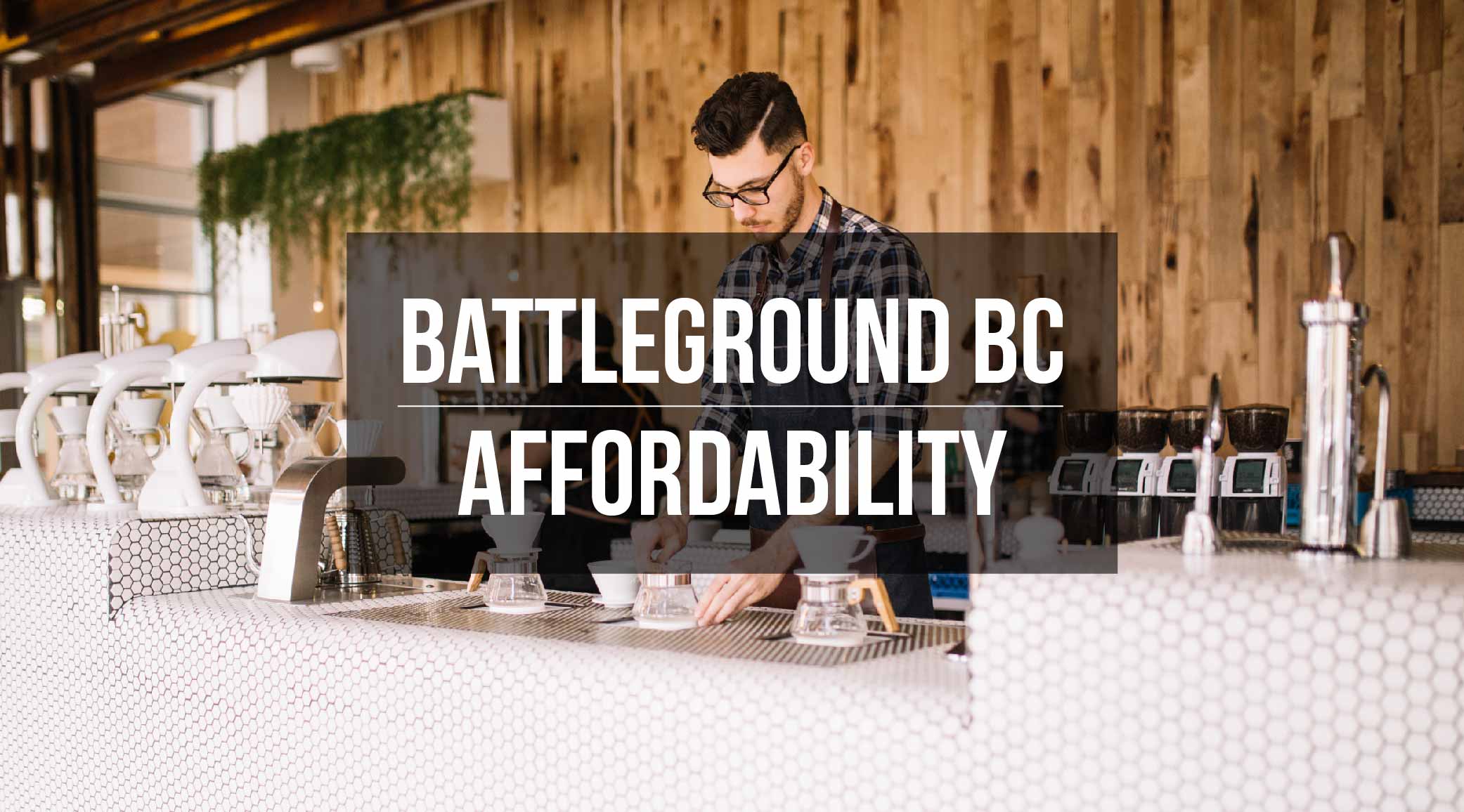 Life in Vancouver and increasingly British Columbia, is expensive. Sure, home prices and rental rates have spiralled, but people’s wages haven’t kept pace with the increase. And if you can’t earn enough working here to pay for shelter, food, and transport, how are you supposed to live here?

The living wage rate in Vancouver is $20.64/hour. That’s almost double BC’s minimum wage of $10.85, the third lowest minimum wage in Canada. Meanwhile, BC’s poverty rate is the second highest in the country–and yet it has no poverty reduction plan. Half of those living in poverty are either the working poor or their children. In Vancouver, while the lucky ones can leave at will to seek higher wages elsewhere, others are left homeless.

Dr. Paul Kershaw, founder of Generation Squeeze, which advocates for young people, said: “BC is now the worst performing economy in Canada for younger generations… Full-time earnings have fallen more in BC than any other province since 1976-80… We have to work years more to save a downpayment…Why tolerate earnings that fall more for young people in BC than anywhere else, while home prices surge more than elsewhere?”

Who wouldn’t want a living wage to cover their costs? But this is not only about our present–it’s also about our future. As people struggling move away or become homeless, the province loses its talent pool. Companies find it harder to hire and relocate elsewhere, reducing tax revenues that would have funded vital services like education and health care.

BC Federation of Labour president Irene Lanzinger, who says BC’s minimum wage “simply isn’t enough to help.” The BC Poverty Reduction Coalition’s organizer Trish Garner, who declared “the social safety net is broken.” And the City of Vancouver, which is Canada’s first major municipality to pay at least the living wage to all its employees and sub-contractors.

The BC NDP tells Daily Hive they “will work for you and take real action to make your life more affordable – like reducing or eliminating fees, tolls, and fares, while bringing in $10 a day childcare.”

Among the BC NDP’s plan to make life more affordable is:

The BC Liberals tells Daily Hive, “The core of our plan is a billion-dollar middle class tax cut with reductions to MSP, saving families up to $900 a year. We’re moving to get rid of MSP over the long-term.”

Among the BC Liberals’ plan to make life more affordable is:

The BC Greens tells Daily Hive they “will implement bold, progressive policies to help British Columbians struggling with the high cost of living.”

Among the BC Greens’ plan to make life more affordable is:

Will you ever be able to earn enough to live in Vancouver?