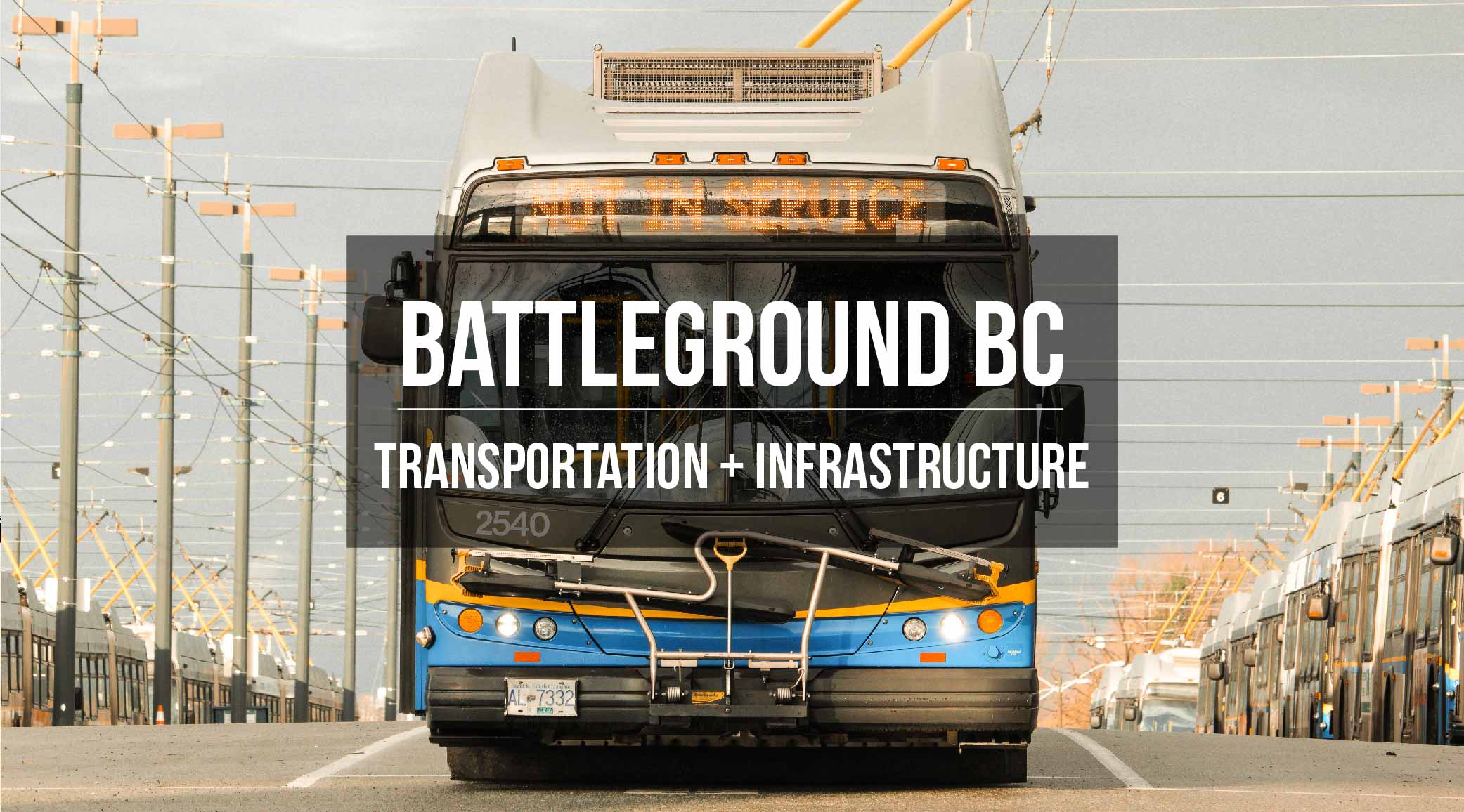 Metro Vancouver is painfully in need of more transit options, especially along Broadway, and between Vancouver and the rest of the region. The federal government is contributing $2.2 billion to a SkyTrain extension under Broadway and light rail transit in Surrey. But the next BC government will have work to do to make it happen.

Because it’s not as simple as you would think. The next BC government must match the federal contribution, and TransLink and the Mayors’ Council must raise their 20% share of the construction costs, possibly through road and bridge tolls, vehicle levies, and development charges. But they need provincial approval to do that.

There is a consensus that more public transit is needed, but there is disagreement over how to pay for TransLink’s 20% share of costs. The Mayors’ Council maintains that significant public transit investments are needed now to accommodate the million extra people expected to move to Metro Vancouver in the next 30 years.

We all need to get around, and congestion will only intensify the longer these investments are delayed. Plus, major transit infrastructure could create more housing and employment opportunities both within city and further out in the suburbs.

Vancouver Mayor Gregor Robertson, who helped launch the Mayors’ Council’s Cure Congestion campaign, saying, “Metro Vancouver voters need clear, detailed commitments from BC’s political parties … on how they plan to solve transit overcrowding and traffic congestion… We can’t afford to see more delays on funding the entire plan, and that hinges on strong commitments and follow-through from the next B.C. government.”

The BC NDP tells Daily Hive they “will support the Mayors’ Council 10-Year Vision for Metro Vancouver Transportation.”

Among the BC NDP’s plans for transportation is:

The BC Liberals tell Daily Hive they “believe in public transit” and “plan to invest in transit and infrastructure around the province.”

Among the BC Liberals’ plans for transportation is:

The BC Greens tell Daily Hive that “affordable and clean transportation is essential to vibrant, livable communities, especially hubs like Metro Vancouver.”

Among the BC Greens’ plans for transportation is:

What will the next provincial government do to improve transportation in BC?