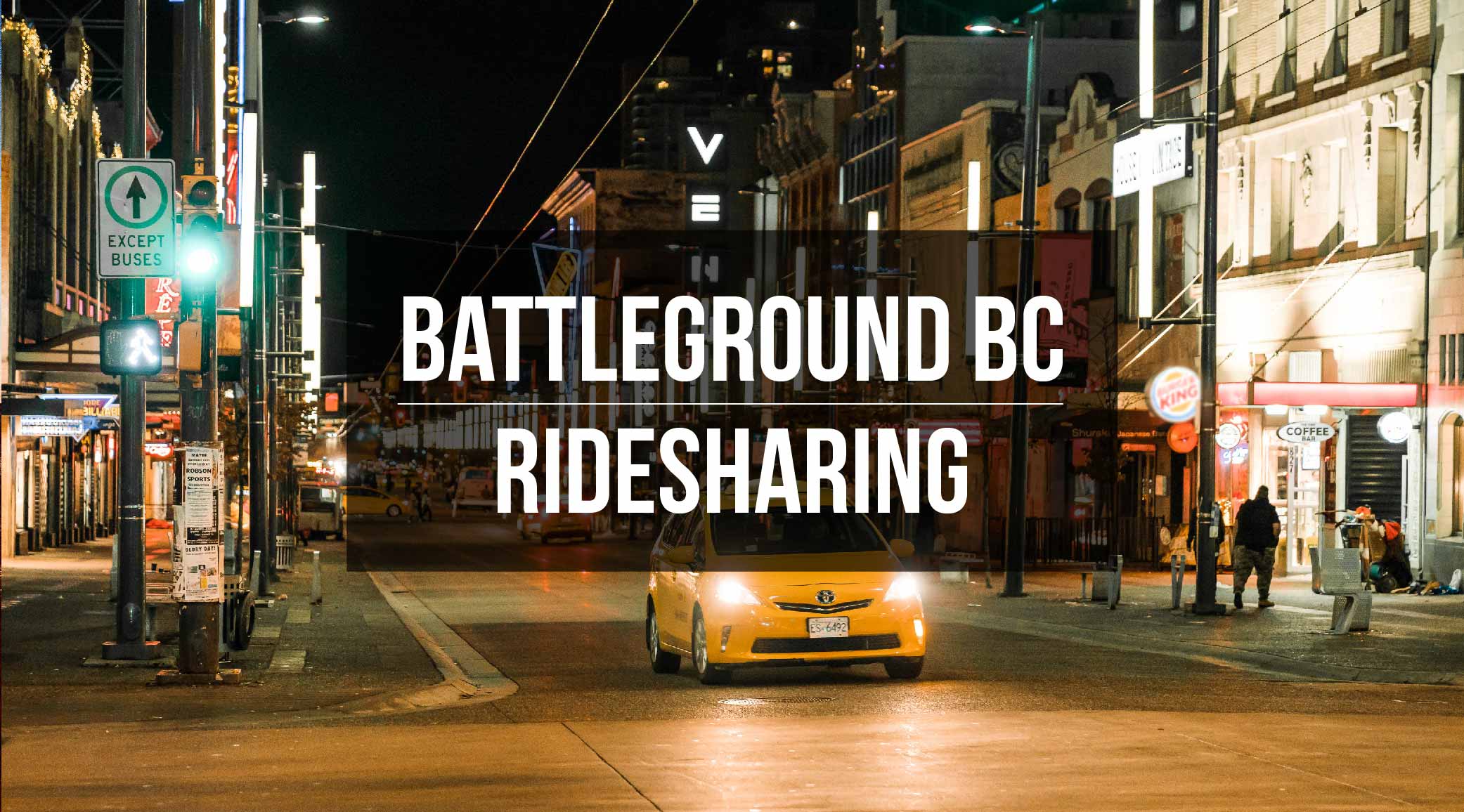 Rideshare has been a highly contested issue in BC over the past several years. Demand for rideshare services like Uber and Lyft is clear, but the taxi industry feels threatened. So far, no rideshare companies are permitted to operate here, and there is a severe lack of taxis in cities like Vancouver.

Metro Vancouver is the largest metropolitan region in North America without ridesharing, according to Uber. Meanwhile, municipal taxi licensing restrictions have led to a cab shortage, meaning long wait times in rush hour or on Saturday night. With more than 50% of BC’s taxis in Metro Vancouver, many want a cheaper and more convenient option.

An Uber petition to bring rideshare to BC has been signed by more than 74,000 people. Meanwhile, a 2016 survey by the Greater Vancouver Board of Trade (GVBOT) found 80% of its members want BC to introduce regulations allowing rideshare. And, while the taxi industry says it’s not opposed to rideshare, it wants a cap on rideshare drivers.

For many British Columbians, rideshare means convenience. Imagine spending a night out with friends and not having to worry about how to get home at 2 am, when the SkyTrain is no longer operating, and the wait for a cab is over an hour long.

Uber has also been talking about coming to BC since 2015, targeting ads to British Columbians to make their case. The taxi industry says that, although public demand needs to be met, it should not be done in a way that “destroys the viability of the taxi industry.”

The BC NDP tells Daily Hive they will “ensure customers get timely, safe, quality service by harnessing the benefits of ridesharing services to build on the existing taxi system.”

The BC Liberals tell Daily Hive they are “committed to helping British Columbians adopt the transportation options of the future.”

The BC Greens tell Daily Hive they are “committed to ridesharing legislation at the earliest possible opportunity upon forming government.”

Will rideshare ever come to BC?