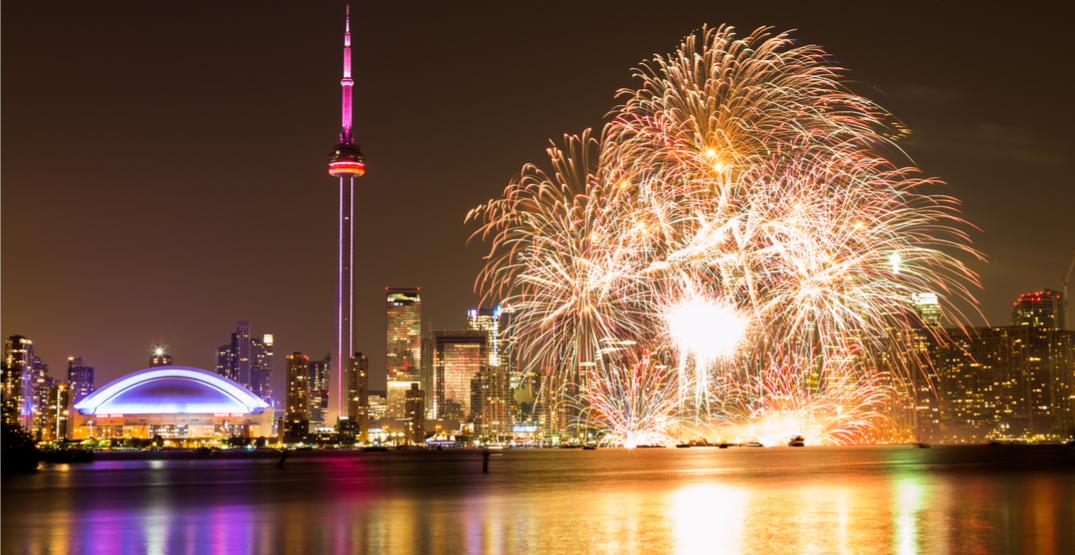 Good bye 2021 and Hello 2022! Kick-off the new year in a fun and exciting way by enjoying all the fun things to do in Toronto this weekend.

It’s important to take note that some locations will be closed on January 1 so before you head outdoors, double-check you don’t have to change your plans.

Here are a few things to check out in the city this weekend:

NYE Fireworks Show at the Waterfront

If you look gazing up at sparkly fireworks, clear your holiday calendar. The City of Toronto is holding a huge fireworks show, and it’s not your usual Nathan Phillips Square NYE. A 10-minute fireworks display will launch at midnight across the City’s waterfront, and it’ll be so high-altitude, people from Etobicoke to Scarborough will be able to see it.

When: December 31, 2020, New Year’s Eve
Where: Etobicoke to Scarborough, and anywhere with views of Lake Ontario

Forget cruising your neighbourhood for Christmas lights this holiday season. Journey to Enchantment is one of the largest Christmas Drive-Thru Light Events in the GTA, and this year there are two locations from which to choose.

Take a look at the Picasso exhibit

The AGO is presenting Picasso: Painting the Blue Period. It is the first exhibition in Canada that focuses on the early works of the modernist artist. It will feature more than 100 objects from 15 different countries. There will be paintings, sculptures, and works on paper by Picasso, including works by artists the Spaniard is known to have studied before and during the Blue Period.

When: November 23 to December 31
Where: stackt market – 28 Bathurst Street

When: Until January 3
Where: Dufferin Mall – 900 Dufferin Street

Get ready to strap on a pair of skates and head over to Front Street — Toronto’s beloved outdoor skating rink has returned to Union Station this holiday season, and it’s totally free. In collaboration with Union Holiday and TD, the skating rink opened to the public on November 29 and will remain open every day until January 2, depending on the weather.

When: Until January 2
Where: Union Station — 65 Front Street West

The renamed and rebranded Toronto Christmas Market opened on November 18, lighting its 55-foot-tall Christmas tree. Visitors can stroll down the cobblestone streets beneath starlit canopies, gaze upon the dazzling tree, indulge in delicious food, and check off every gift on their holiday shopping list.

When: November 18 to December 31, and on select days through December
Where: 55 Mill Street

Have you ever been faced with the difficult decision of choosing between seeing dinosaurs and seeing Santa? Well, a Markham festival found a solution to that. Dino Holiday is a huge indoor event full of massive dinosaurs completely decked out for the holidays. There are more than 45 animatronic dinosaurs to fulfill every Jurassic Park (or Jurassic World) fan’s dreams. There are games and carnival rides, too! As if that wasn’t enough, it’s all indoors, so you don’t have to worry about getting cold as winter weather approaches.

When: December 17 to January 2, including Christmas Day
Where: Markham Fairground, 10801 McCowan Road, Markham

It’s all about the Christmas joy at Toronto’s Papi Chulo’s! The spot known for its margarita towers has transformed its space into the ultimate festive pop-up. They’ve decorated the interior indoor space from head to toe in holiday cheer, welcoming the season with open arms.

When: Until January 2
Where: 121 Ossington Avenue – Papi Chulo’s