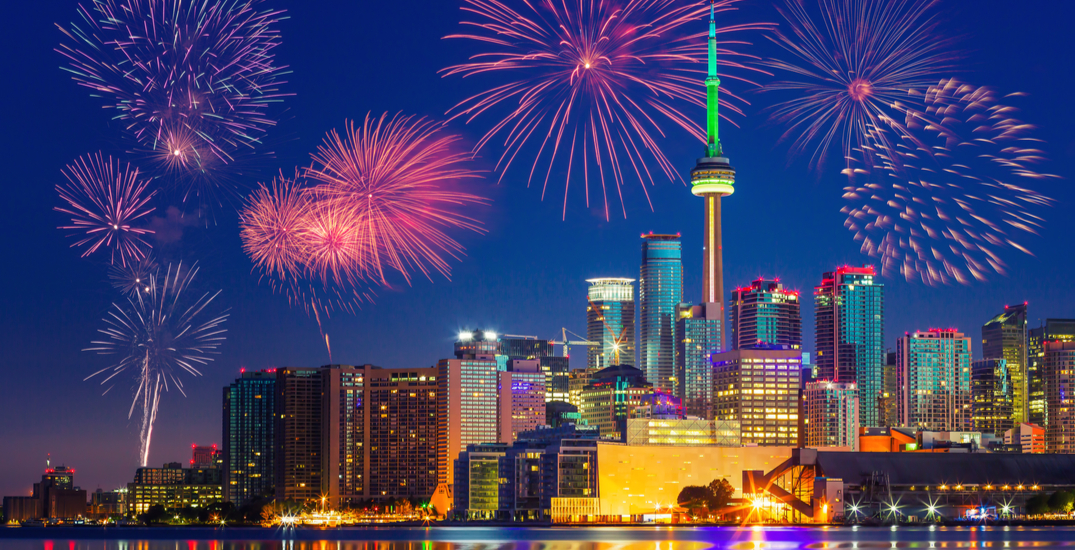 If you look gazing up at sparkly fireworks, clear your holiday calendar. The City of Toronto is holding a huge fireworks show, and it’s not your usual Nathan Phillips Square NYE.

Mayor John Tory announced on Wednesday morning that a 10-minute fireworks display will launch at midnight across the City’s waterfront, and it’ll be so high-altitude, people from Etobicoke to Scarborough will be able to see it. It’ll be viewable “anywhere across the city with views of Lake Ontario,” the City’s press release read.

“After an unprecedented two years confronting the COVID-19 pandemic, we wanted to celebrate Toronto in the biggest way possible and the beginning of a new year where our city will come back stronger than ever,” said Tory. “I hope people enjoy the fireworks that will span the waterfront from Etobicoke to Scarborough and log onto the New Year’s Eve broadcast hosted from the CN Tower.”

The show will go on for a whole ten minutes. Ahead of it, City will have a livestream from the CN Tower on December 31. Viewers can join it for free here and enjoy live as well as pre-recorded performances from Toronto’s top art and music venues, and the artist lineup will be announced on December 21.

“The City’s New Year’s Eve programming is designed with guidance from Toronto Public Health to provide a safe environment for anyone participating,” officials said in the announcement.

But if you’re already itching to celebrate something sparkly, you can attend the Cavalcade of Lights held at Nathan Phillips Square.

There’s a Christmas tree, glowing ice sculptures in an enchanted forest, and tunnels made from thousands of energy-efficient bulbs for you to explore. Plus, there’s an LED light show and a skating rink, so lace up if that’s your thing. The Cavalcade of Lights will continue until January 7. 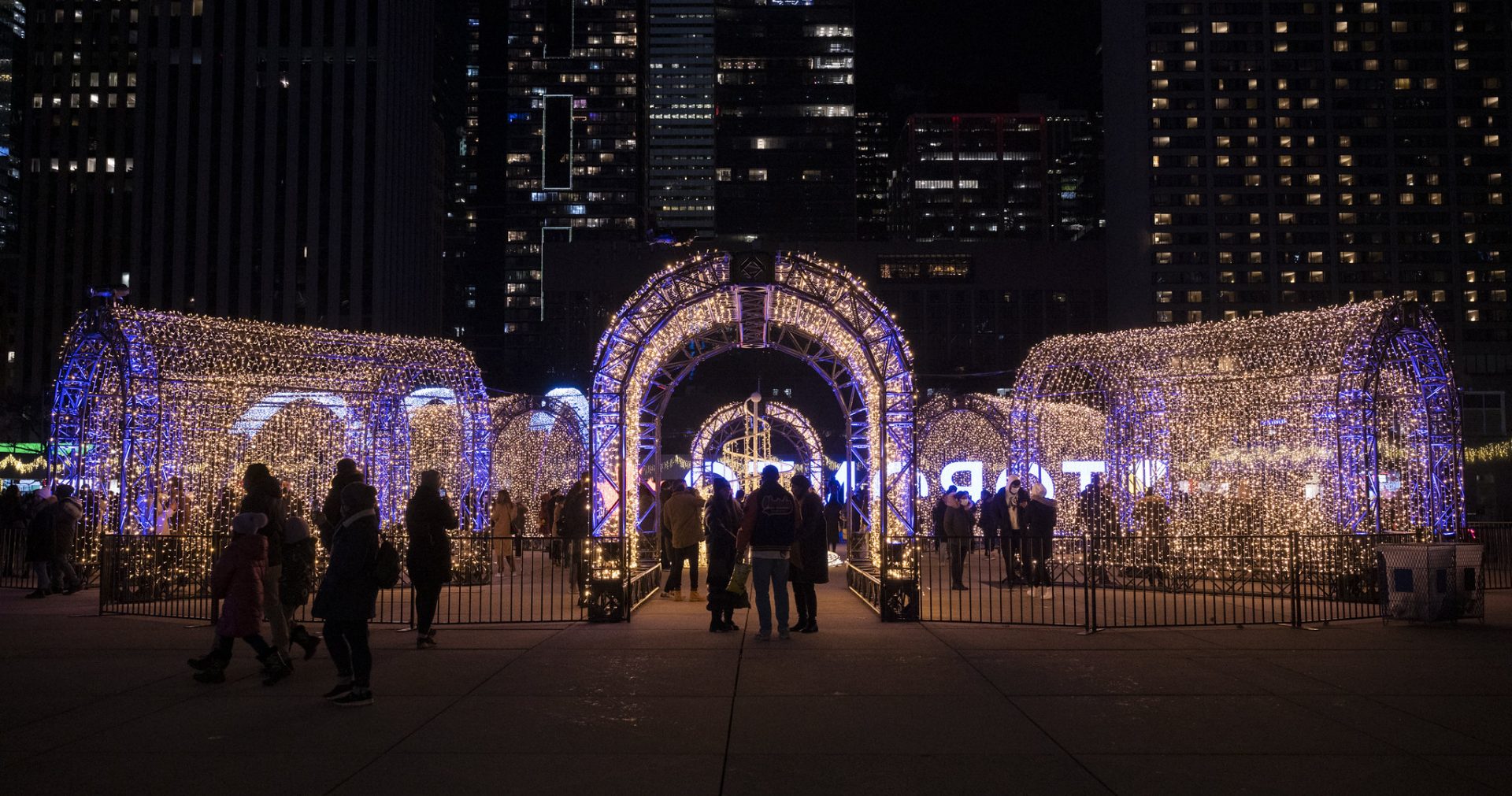 The City of Toronto

NYE Fireworks Show at the Waterfront

When: December 31, 2020, New Year’s Eve
Where: Etobicoke to Scarborough, and anywhere with views of Lake Ontario