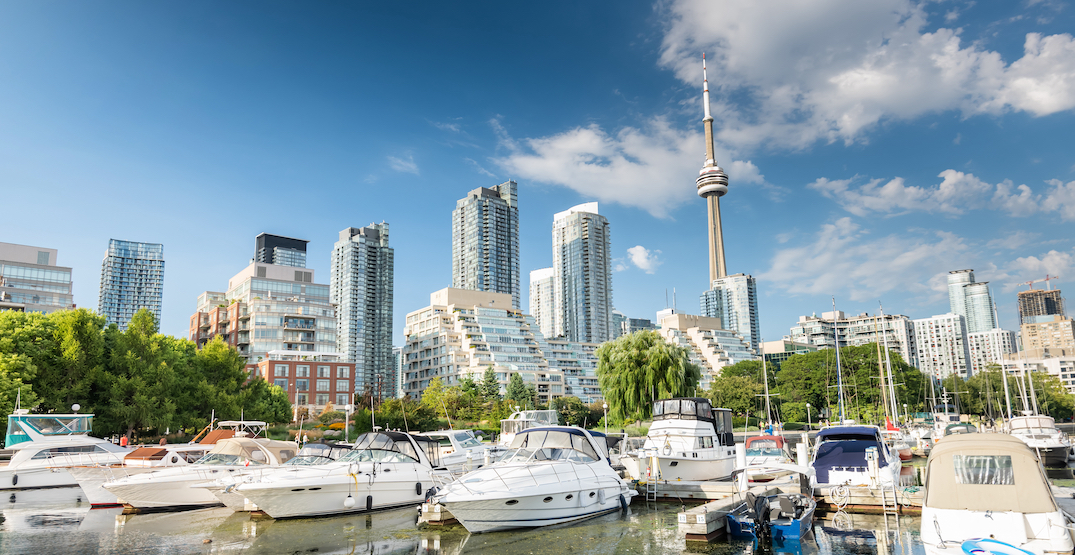 Another day, another event-filled week in Toronto! The weather forecast is calling for heat and lots of it. Thankfully, there are a bunch of things to do in the city to keep cool.

It’s the second week of August already, and that means it’s time to make the most of it.

Here’s a list of things to do in Toronto this week:

Venture through candy land at this new theme park

A colourful new theme park that’s all about sweet treats and desserts is coming to Mississauga this summer. Sugar Rush, the same production set up in LA this year, will open at Square One on August 6, running until September 6. The “immersive open-air experience” involves 40,000 square feet of candy-themed exhibits that make the perfect backdrop when posing for photos with friends.

When: August 6 to September 6
Where: Square One parking lot

This Toronto coffee shop serves really colourful lattes that are the perfect drink to sip on while you’re on the go. Nava Social is a coffee house located at 514 King Street East, specializing in everything that has to do with the world of coffee. To keep your summer bright and fun, Nava Social’s iced latte lineup might do the trick.

Get a BOGO free pizza deal from Pizza Hut

A lot is happening in the world that makes us want to eat some delicious comfort food — so it’s a good thing one pizza chain has a cheap deal to help us out. When you purchase a regular-priced large or medium ‘za from Pizza Hut online for delivery or carry-out, you’ll be able to get a second one at no cost, as long as it’s of equal or lesser value.

When: Until August 15
Where: Pizza Hut Canada locations

Get a free Aperol Spritz cocktail and appetizers

With more people heading to the parks and patios this summer, Aperol has decided to hand out some freebies this month. Over the next two weekends, the team will be handing out free Aperol Spritz cocktails and appetizers (voucher for a partnering restaurant), Spritz kit that includes Aperol glassware, cooler bag, prizing, and giveaways. There will also be a ton of fun park-friendly games.

Explore the sunflower fields near Toronto

We’ve made it to the second half of summer, and sunflower season is now in full swing. Mississauga’s Lakeview Village sunflowers have begun to bloom, and the field will open to the public on August 11. What’s more, on Wednesdays there will be free live music performances by local artists. The lineup includes Tom Barlow & Friends, Suzie McNeil & The Chain Reaction, Brian Melo, Marshall Dane, and more.

When: August 11 to September 15 (live music on Wednesdays only)
Where: Lakeview Village — 800 Hydro Road, Mississauga

Try these suggestive waffles on a stick

Feeling a little frisky? This Toronto waffle house has come up with a new treat that you can take on the go. But you might need some courage to do so. Members Only Waffle House has just opened at 592 Queen Street West and is serving suggestively shaped waffles — on a stick. Their current menu consists of three “treats” to choose from, a Plain Johnson for $8, the Founding Member for $9, and the VIP for $10.

Quadro Ristorante is the newest restaurant venture to open in Toronto, serving traditional Italian cuisine in a modern environment. As for its menu, Quadro offers a “premium Italian dining experience” with a carefully chosen selection of pizzas, pasta, and of course, cocktails. The menu features housemade focaccia, zucchini, and ricotta fritters, and meatballs as starters. As for the pizzas, they are made in a traditional wood-fired oven.

When: Wednesday to Sundays from 2 pm to 8 pm
Where: 146 Christie Street

Dine at this Greek restaurant in the city

A luxurious new Greek restaurant has opened in Toronto’s west end, and it’s a game-changer to the city’s nightlife. Cafe Santorini is located at 425 Jane Street and offers a delicious array of authentic Greek dishes for an enjoyable dining experience. They are open for lunch and dinner hours but head over late at night if you’re looking for a real experience.