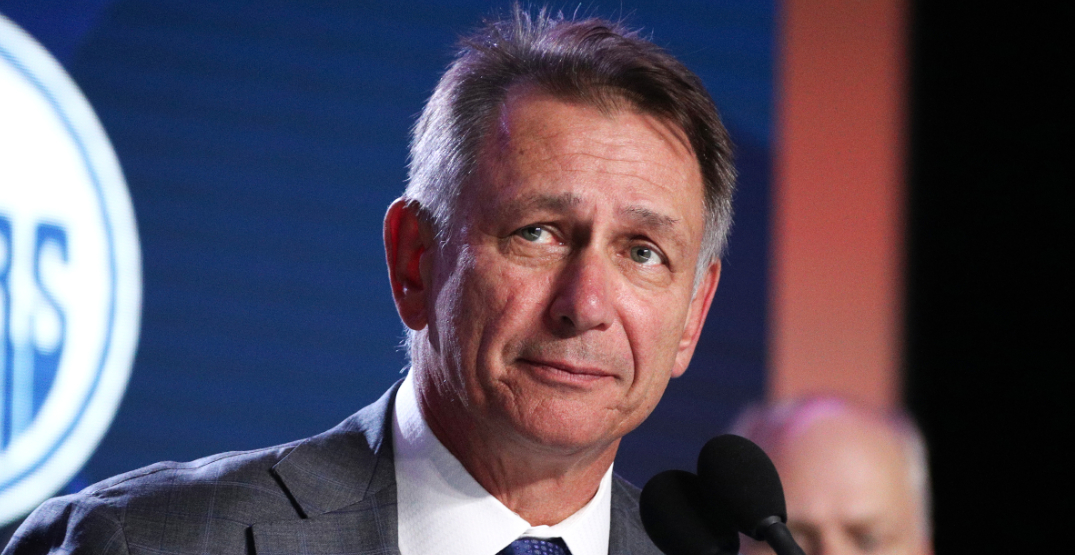 Edmonton Oilers general manager Ken Holland doesn’t yet have a lot of the answers to his crease conundrum, but he does expect to sort it out via free agency.

Holland’s Oilers appear to be short on goaltenders after backup Mikko Koskinen optioned a deal in Switzerland and the status of 40-year-old Mike Smith, who started all 16 games in the Stanley Cup Playoffs for Edmonton, still unknown.

“I would bank on the free-agent route, but you never know,” Holland told media on Wednesday. “I don’t know what tomorrow’s going to bring. You make all these calls and I’ll talk to a few more people and keep pecking away.”

Smith had an injury-plagued season that left him questioning whether or not he’ll be back, and Koskinen officially signed HC Lugano of the Swiss National League after four seasons in Edmonton.

Stuart Skinner, the expected backup in Edmonton, sees his two-way contract convert to a one-way deal in 2022-23, too.

“With Kosky for sure being gone; and I met with Smitty and had breakfast with him the other day he’s banged up pretty bad,” Holland said. “You guys talked to him at the end of the year. Obviously, I’d like to in the next 10 days have something done in net.”

The unrestricted free agent crop of goalies isn’t deep, but there are some options for Edmonton.

The Oilers have been linked to free-agent stopper Jack Campbell of the Toronto Maple Leafs and Ville Husso of the St. Louis Blues, amongst others, though the pool to draw from doesn’t necessarily inspire a significant long-term solution.

“I would say this to you, I’m interested to see what goes on, on the 13th of July,” Holland said. “In talking to many managers, lots are in the same situation that we’re in. The cap has only gone up a million dollars and restricted free agents are looking for salary increases, so the market is tight.

“It’s going to be an interesting next seven to 10 days to see what’s going on.”