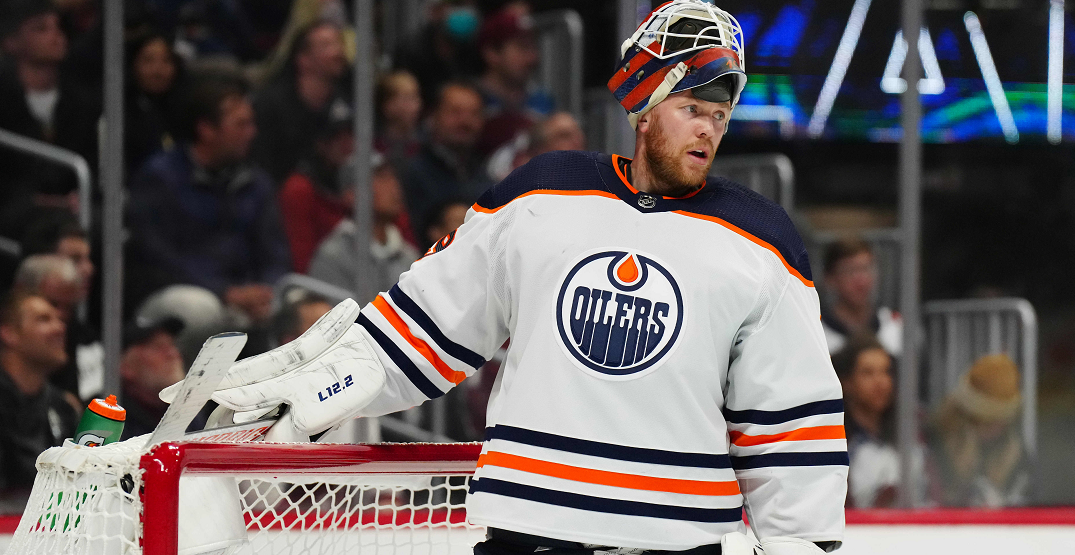 The Mikko Koskinen era has officially come to an end for the Edmonton Oilers.

First rumoured last month, Koskinen left the Oilers to sign with HC Lugano of the Swiss National League after four seasons with the team.

Lugano officially announced the signing themselves:

It wasn’t always an easy go for Koskinen in Edmonton, who was suddenly tasked with being a high-volume NHL goaltender for the first time at the age of 30 and beyond.

Koskinen first signed for the Oilers in 2018 out of SKA St. Petersburg in the KHL, where he was one of the league’s top goaltenders.

Before his first season was up with the team, Koskinen was re-signed on a three-year deal by former Oilers general manager Peter Chiarelli, who was fired within a few days of the signing.

The Oilers are facing quite the uncertainty in their goaltending department, with 40-year-old Mike Smith possibly facing retirement. Edmonton has reportedly given Smith (as well as Duncan Keith) a July 1 guideline as to advise the team their playing status for next season, per Sportsnet’s Elliotte Friedman.